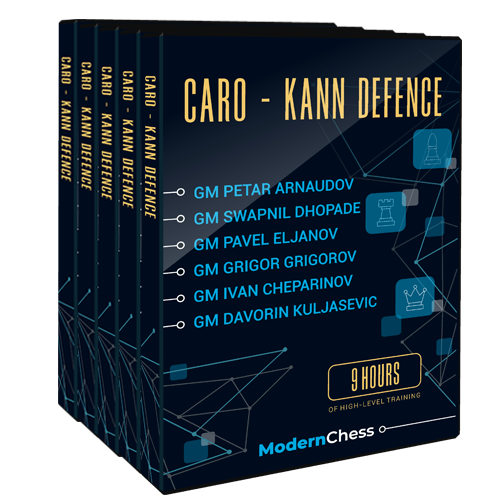 If you are looking for an opening that offers an impenetrable wall for White to break through, this is the one for you. And who best to learn from than 6 resident Caro-Kann specialists from Modern Chess who put together a 9-hour HD coaching session over the course of a weekend.

Some say that the Caro-Kann is dull and boring BUT…

They fail to understand the deep positional advantage hiding underneath.

The Caro-Kann is solid and “quiet” and is the favorite choice of many positional chess masters.

The truth is, the Caro-Kann Defense is one of the “toughest nuts to crack” defenses for Black against White’s 1.e4.

Most 1.e4 players are looking for some fast action over the board but that’s where the Caro-Kann wins.

Not only is it leak-proof but it also packs a punch if White is not extra careful.

Want to avoid the drawbacks of the Scandinavian and the French? Open with 1…c6 not to let your Queen being harassed around or your light-squared bishop stuck within the d5-e6-f7 pawn chain.

If you are looking for an opening that offers an impenetrable wall for White to break through, this is the one for you.

And who best to learn from than 6 resident Caro-Kann specialists from Modern Chess who put together a 9-hour HD coaching session over the course of a weekend.

Each of the grandmasters tackled his area of expertise… tactical attacks, positional strategy, pawn structures, and endgames.

As icing on the cake, GM Eljanov, who was Carlsen’s Caro-Kann advisor during the 2013 World Championship match, talks about the modern theoretical trends and how to apply them in a real game.

This video compilation is based on the workshop—every session recorded and edited (with test positions, theory, and model games)—for you to watch it at your convenience.

The only question that remains is…

Frankly, if there is a chance you might end up playing Black in your next game…

…and that you would like to secure the full point, Caro-Kann should be a part of your opening repertoire. Period.

Are you a budding positional aficionado? Do try this opening if you haven’t already.

With all the complex piece play, the strategic combat, and unnerving mind games, this can turn out to be rather fun.

Last but not least, as one of the most stable defenses to White’s King’s Pawn opening, Caro-Kann is played by grandmasters and international masters at the highest level.

So why should you not play it too, right?

Here’s what you will learn 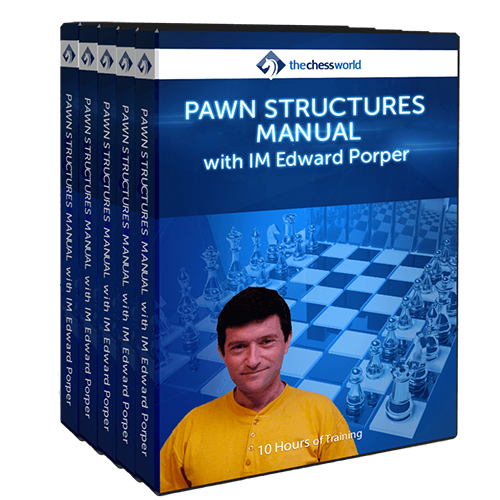 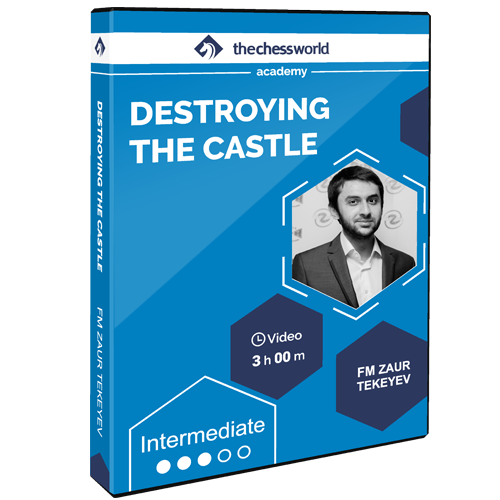 Modern Chess
Secrets of Dynamic Play with IM Valeri Lilov
$79.99
We use cookies on our website to give you the most relevant experience by remembering your preferences and repeat visits. By clicking “Accept”, you consent to the use of ALL the cookies.
Cookie SettingsAccept
Manage consent