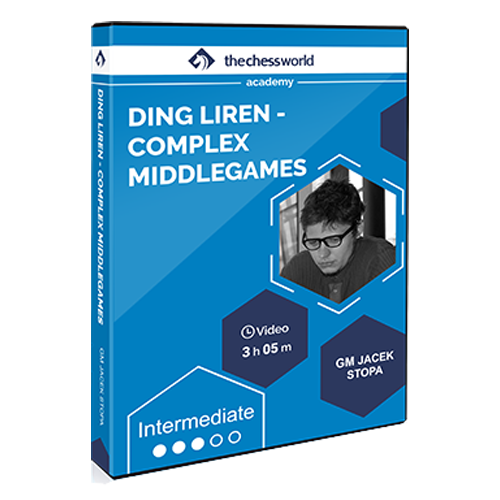 In this course, we will be analyzing games and looking for winning strategies of top Chinese GM Ding Liren. His peak rating is over 2800 and he is currently rated number 3 in the World.

In this course, we will be analyzing games and looking for winning strategies of top Chinese GM Ding Liren. His peak rating is over 2800 and he is currently rated number 3 in the World.

We will bo focusing on the complex middlegames and going into the details of his thinking and analysis process. Ding Liren has held a 100+ games streak [no losses] at the top level, although it was surpassed by Magnus Carlsen in 2019.

Ding Liren is a very precise and solid player, largely due to his superb middlegame understanding. He doesn’t shine away from serious complications and often is able to resolve it in his favor.