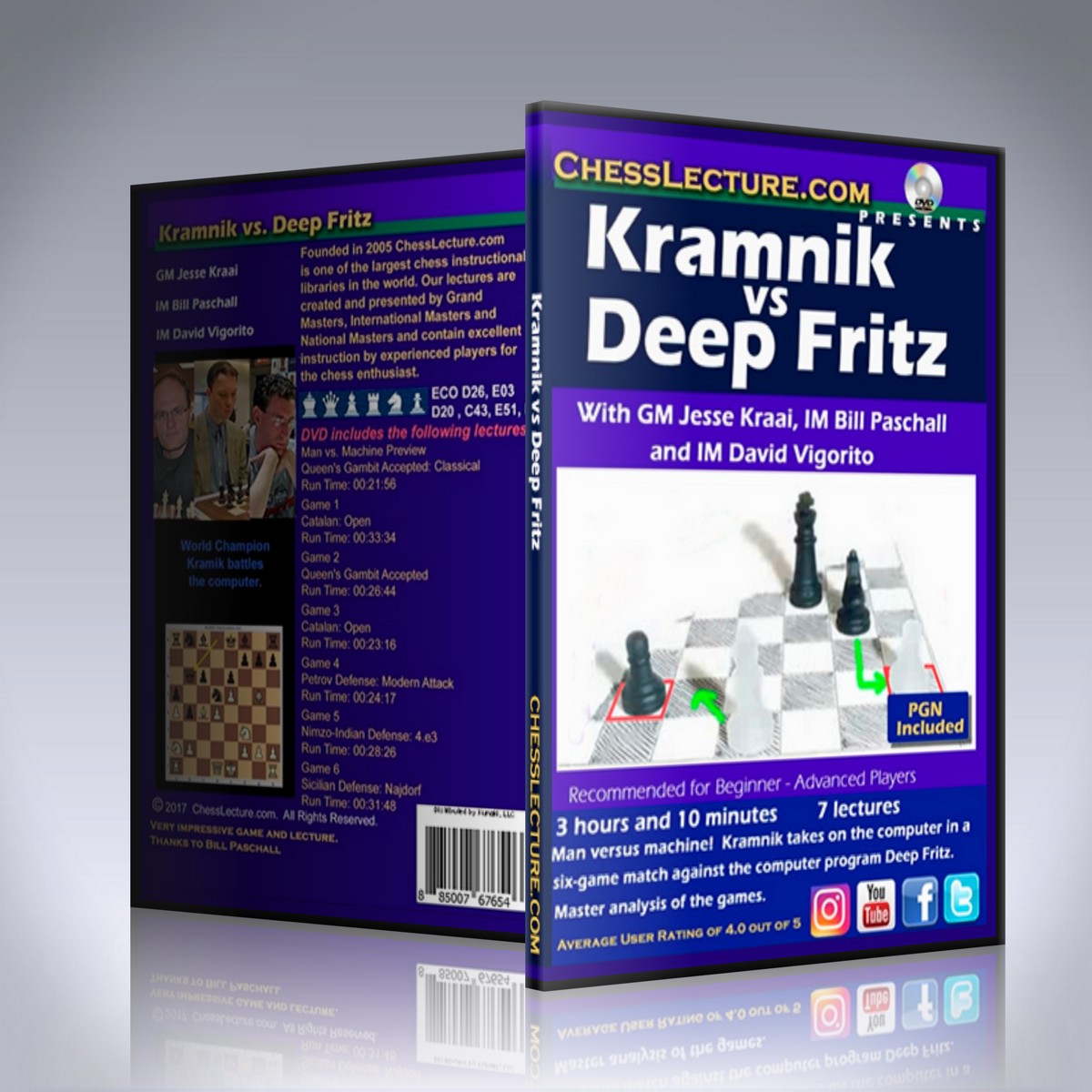 0 Review(s) (0)
$9.95
World Champion Kramnik, played two matches against Deep Fritz version 10 a computer program. This series is about his second match of six games taking place in Bonn, Germany November 25 to December 5, 2006. Kramnik lost 4–2 to the machine, with two losses and four draws. Kramnik was paid 500,000 Euros for playing and would have received another 500,000 Euros had he won the match.
Add To Cart
About the Course Additional Information Reviews (0)
Product Description

World Champion Kramnik, played two matches against Deep Fritz version 10 a computer program. This series is about his second match of six games taking place in Bonn, Germany November 25 to December 5, 2006. Kramnik lost 4–2 to the machine, with two losses and four draws. Kramnik was paid 500,000 Euros for playing and would have received another 500,000 Euros had he won the match. Deep Fritz ran on a computer containing two Intel Xeon CPUs (a Xeon DC 5160 3 GHz processor, 1333 MHz FSB and a 4 MB L2 cache) able to evaluate eight million positions per second. Kramnik received a copy of the Deep Fritz program in mid-October for testing. The version of Deep Fritz Kramnik played included an updated opening book from that preliminary copy. Except for limited updates to the opening book, the program was not changed or updated during the course of the match. The endgame tablebases used by the program were restricted to five pieces even though a complete six-piece tablebase was widely available at the time. While Deep Fritz was in its opening book Kramnik was allowed to see Fritz’s display. The Fritz display contains opening book moves, a number of games, Elo performance, score from grandmaster games and the move weighting. ChessLecture masters GM Jesse Kraai, IM Bill Paschall and IM David Vigorito analyze the limitations of the computer and Kramnik’s steering of games into the limitations of the computer of this historical event.

Content: 190 minutes of instruction and analysis in a series of 7 lectures. PGN Included.

Recommended for: All Levels Players.