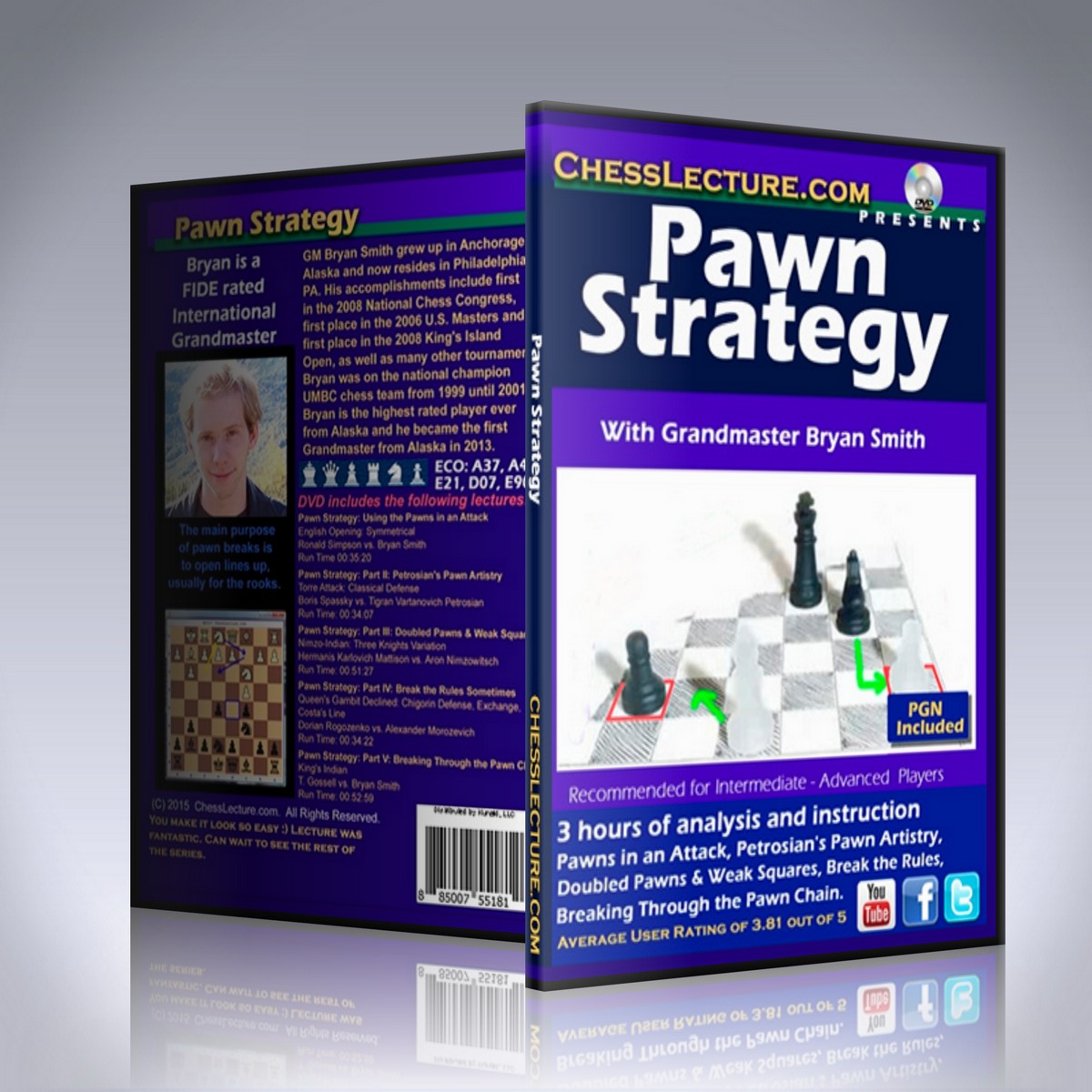 Bryan takes us through various strategies for using Pawns in your game. Illustrated with real games the lectures cover topics of : Pawns In the attack, Petrosian’s Pawn Artistry, Doubled Pawns and Weak Squares, Break the Rules Sometimes, Breaking Through the Pawn Chain.

Bryan takes us through various strategies for using Pawns in your game. Illustrated with real games the lectures cover topics of Pawns In the attack, Petrosian’s Pawn Artistry, Doubled Pawns and Weak Squares, Break the Rules Sometimes, Breaking Through the Pawn Chain.

Content: 177 minutes of instruction and analysis in a series of 5 lectures. PGN Included.

Chess Fans have said: You make it look so easy  Lecture was fantastic. Can’t wait to see the rest of the series.