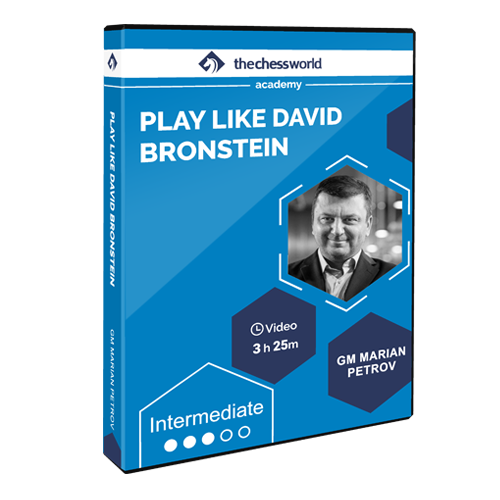 He was one of the top players for 30 years…

He narrowly missed a chance to become a World Champion (although Kasparov later wrote he should have, based on the quality of his play)…

Any guess what player are we talking about!?

Described as a creative genius and wizard of tactics – you can definitely learn a thing or two from studying his games!

And GM Marian Petrov makes it easy for you with his new 3-hour course, revealing Bronstein’s tactical secrets.