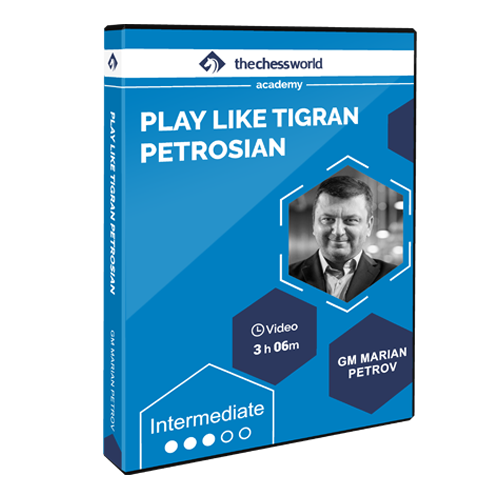 If you want to learn how it’s done GM Marian Petrov is here decoding the main elements of Iron Tigran’s play for you. Time to get started!

Do you want to get consistent results and watch your rating grow year after year?

What if you could win most of your games without putting your hard-earned Elo points on the line?

What if there was a way to minimize your opponent’s chances while maximizing your own?

If you are looking for a way to finally step into the next Elo bracket, that you wanted so much… there is a way.

And no one is better at teaching you THIS, than Tigran Petrosian, possibly the top positional mind in history.

His strategy was simple.

He played solid and consistent chess, waiting for the opponents to make a mistake.

Then he capitalized and won in style. It worked well and earned 2 World Championship and 4 National Titles.

If you want to learn how it’s done GM Marian Petrov is here decoding the main elements of Iron Tigran’s play for you.