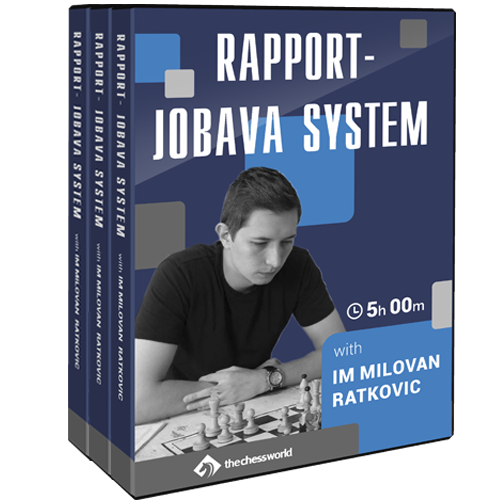 Some call it the Jobava London system.

We call it the Rapport-Jobava system—a killer opening for club players and GMs alike.

Club players like it because it is less forced, less explored, and requires a lot less up-to-date theoretical knowledge.

Advanced chess players love it for the unlimited playing chances it proffers against a plethora of Black’s defenses.

Even top grandmasters like Mamedyarov, Radjabov, Nakamura, Naiditsch, and even Carlsen have started adding this opening to their repertoire.

So why shouldn’t you? Especially when IM Milovan Ratkovic brings you his brand-new, exclusive course on the Rapport-Jobava system.

So, in this 5 hours video course, Milovan takes you one by one through 6 Black’s major responses from 3…e6 to 3…c5, and explores the different variations on how White can go on the offensive with Black.

Are you the kind of player who is always looking for action over the board? If every move looks like a potential sacrifice to you, then this opening is for you.

This opening is perfectly suitable for club players and grandmasters alike.

Club players love this opening because of its very, very little theory. Just learn the setup and get cracking right after finishing the course.

Advanced players love it because of the unlimited options it comes with. It results in sharp middle game positions where White’s strategy can swing between two extremes on a jiff—perfect for some players like Carlsen, Aronian, Rapport, and of course, Jobava!

★★★★★
Diganth (Jun 28, 2021)
The system has unique tactical opportunities which make it very strong against platoons of black's defences and thus i would recommend it to both attackers AND positional players!

★★★★★
Gerard Bregier (Mar 05, 2021) Verified buyer
Milan Ratkovic did a remarkable job that combines precision with simplicity. No headaches, but original lines. Any demares on the position obtained after: 1.d4, cf6 2.cc3, d5 3.fc4, ... Position also obtained with the blows: 1. D4, D5 2.FF4, CF6 3. CC3 ... This position often arrives, and complements the possibilities of the London system. I recommend this effective course. Thanks. 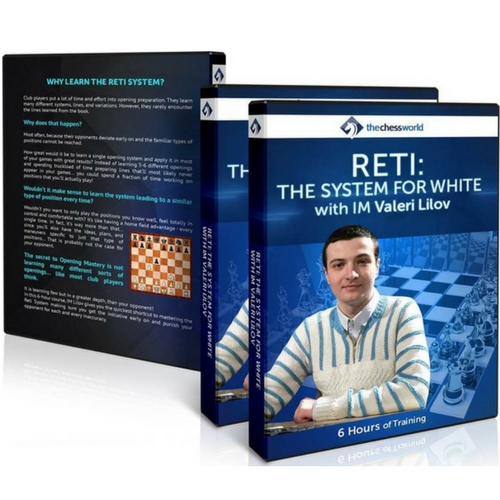 TheChessWorld
Reti - The System for White with IM Valeri Lilov
$59.99 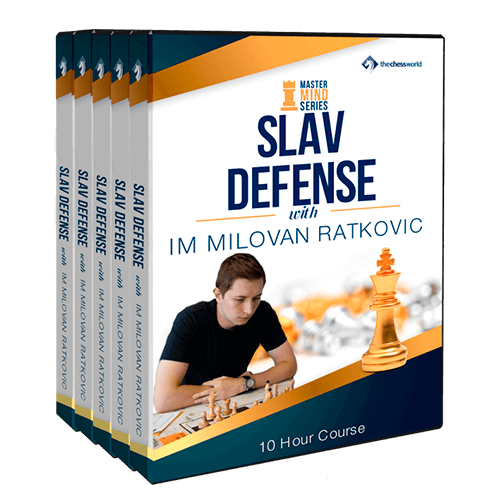 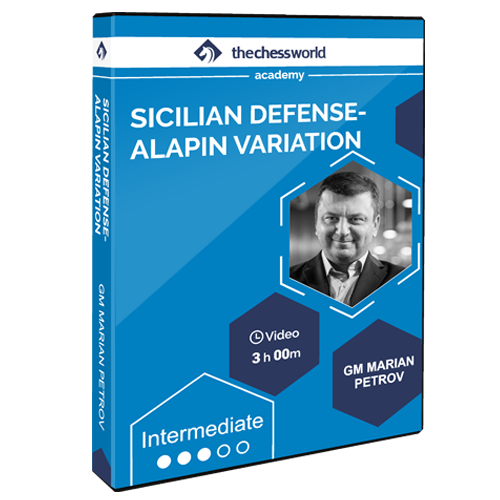 TheChessWorld
Sicilian Defense – Alapin Variation with GM Marian Petrov
$39.99
We use cookies on our website to give you the most relevant experience by remembering your preferences and repeat visits. By clicking “Accept”, you consent to the use of ALL the cookies.
Cookie SettingsAccept
Manage consent