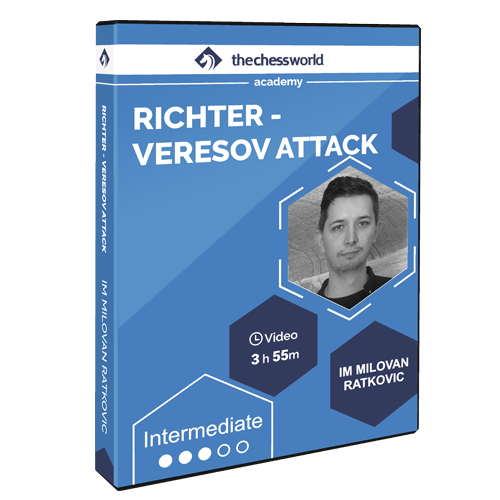 When someone asks something like, “Hey, I just want to have some fun—and still win games. Which opening should I learn?”…

The answer is usually to AVOID the great, old Sicilian or the totally unoriginal King’s Pawn, or any of the popular openings that you constantly hear about for that matter.

Instead, you need to go for an opening that is far more dynamic, far more unpredictable, and far more adventurous.

Whether you are about to use it in a rapid or a blitz game, or just want to surprise your opponent in a classical game, this is the opening for you.

★★★★★
Peter Weijgertze (Sep 25, 2021) Verified buyer
The video is a real complete opening for attacking players. I enjoyed the lessons and have played it allready in my club and online with good results. Keep up the good work.
Add a review 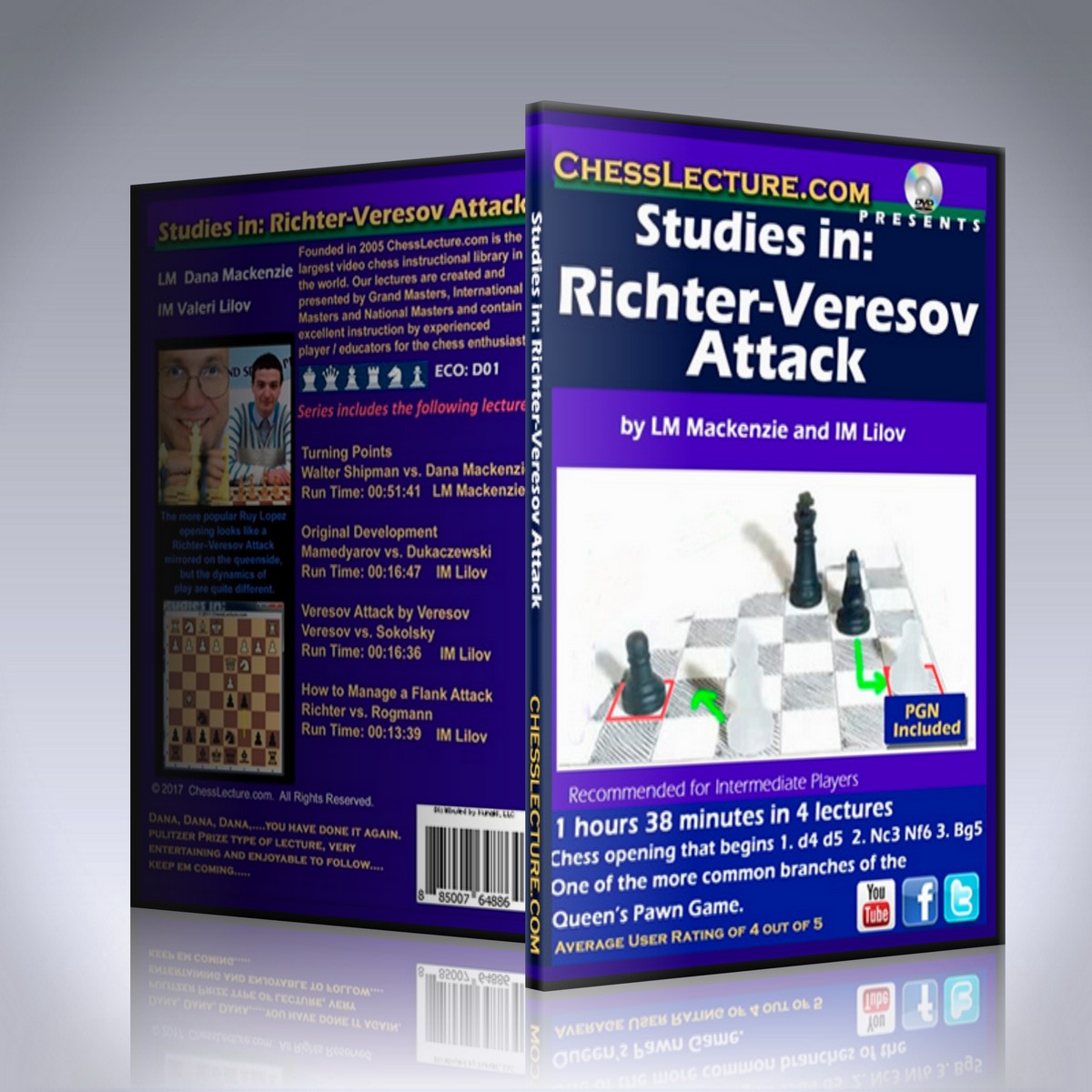 TCW Academy
Studies in: Richter-Veresov Attack – LM Dana Mackenzie and IM Valeri Lilov
$9.95
We use cookies on our website to give you the most relevant experience by remembering your preferences and repeat visits. By clicking “Accept”, you consent to the use of ALL the cookies.
Cookie SettingsAccept
Manage consent