Roman's Lab 119 Chess DVD - The Nimzo against the Queens Gambit 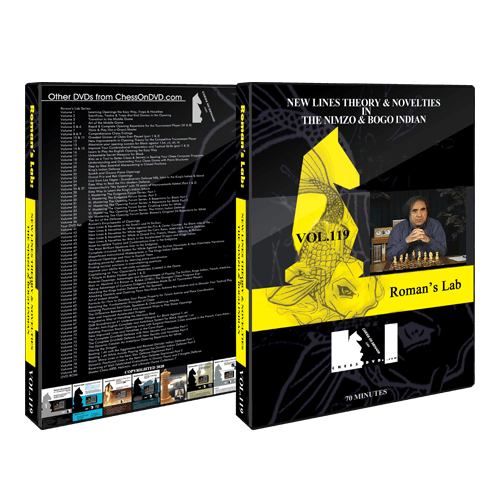 0 Review(s) (0)
$19.95
Romans's new DVD on the Nimzo.
His favorite weapon against the Queen's Gambit.
Roman adds to his previous content with a new theory and a novelty game against GM Polguaevsky where he gambits a pawn for counterplay.
Add To Cart
About the Course Additional Information Reviews (0)
Product Description

Romans’s new DVD on the Nimzo.

His favorite weapon against the Queen’s Gambit.

Roman adds to his previous content with a new theory and a novelty game against GM Polguaevsky where he gambits a pawn for counterplay.

Also included on this Dvd is a Brillant positional game against GM Tarjan and bonus coverage on the Bogo Indian! 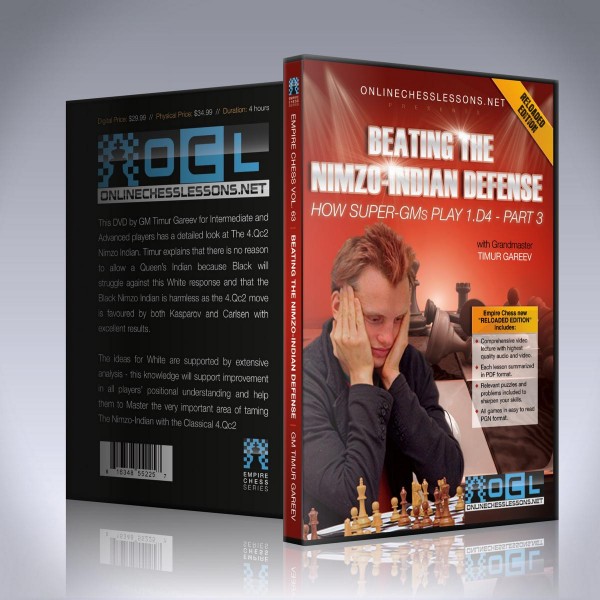 Roman's Chess Lab
Two Knights Defense – LM Dana Mackenzie
$9.99
We use cookies on our website to give you the most relevant experience by remembering your preferences and repeat visits. By clicking “Accept”, you consent to the use of ALL the cookies.
Cookie SettingsAccept
Manage consent