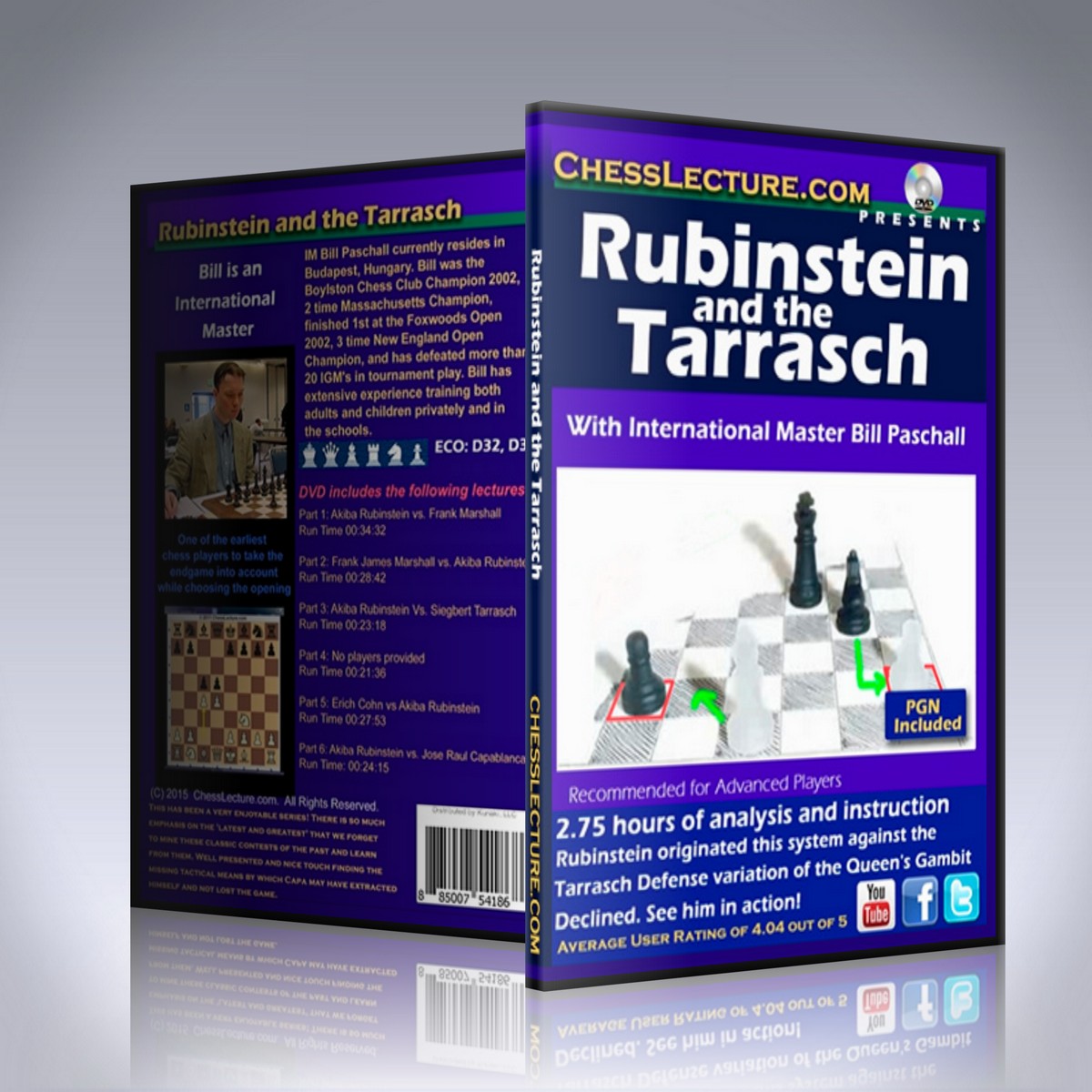 Akiba Kiwelowicz Rubinstein (1880 –1961) was a Polish chess Grandmaster at the beginning of the 20th century. In his youth, he astonished the chess world, defeating many famous players, including Capablanca and Schlecthter. Rubinstein originated the Rubinstein System against the Tarrasch Defense variation of the Queen’s Gambit Declined.

Rubinstein and the Tarrasch

Akiba Kiwelowicz Rubinstein (1880 –1961) was a Polish chess Grandmaster at the beginning of the 20th century. In his youth, he astonished the chess world, defeating many famous players, including Capablanca and Schlechter. Rubinstein originated the Rubinstein System against the Tarrasch Defense variation of the Queen’s Gambit Declined. See Rubsinstein employ his system in games against Tarrasch, Marshall, Cohn, and Capablanca. The Tarrasch was originally advocated by the German master Siegbert Tarrasch who contended that the increased mobility Black enjoys is well worth the inherent weakness of the isolated center pawn. 1.d4 d5 2.Nf3 c5 3.c4 e6 4.cxd5 exd5 5.Nc3 Nc6 6.g3 Nf6 7.Bg2 (Rubinstein– Tarrasch, 1912).

Content: 160 minutes of instruction and analysis in a series of 6 lectures. PGN Included.

Chess Fans have said: This has been a very enjoyable series! There is so much emphasis on the ‘latest and greatest’ that we forget to mine these classic contests of the past and learn from them. Well presented and nice touch finding the missing tactical means by which Capa may have extracted himself and not lost the game.