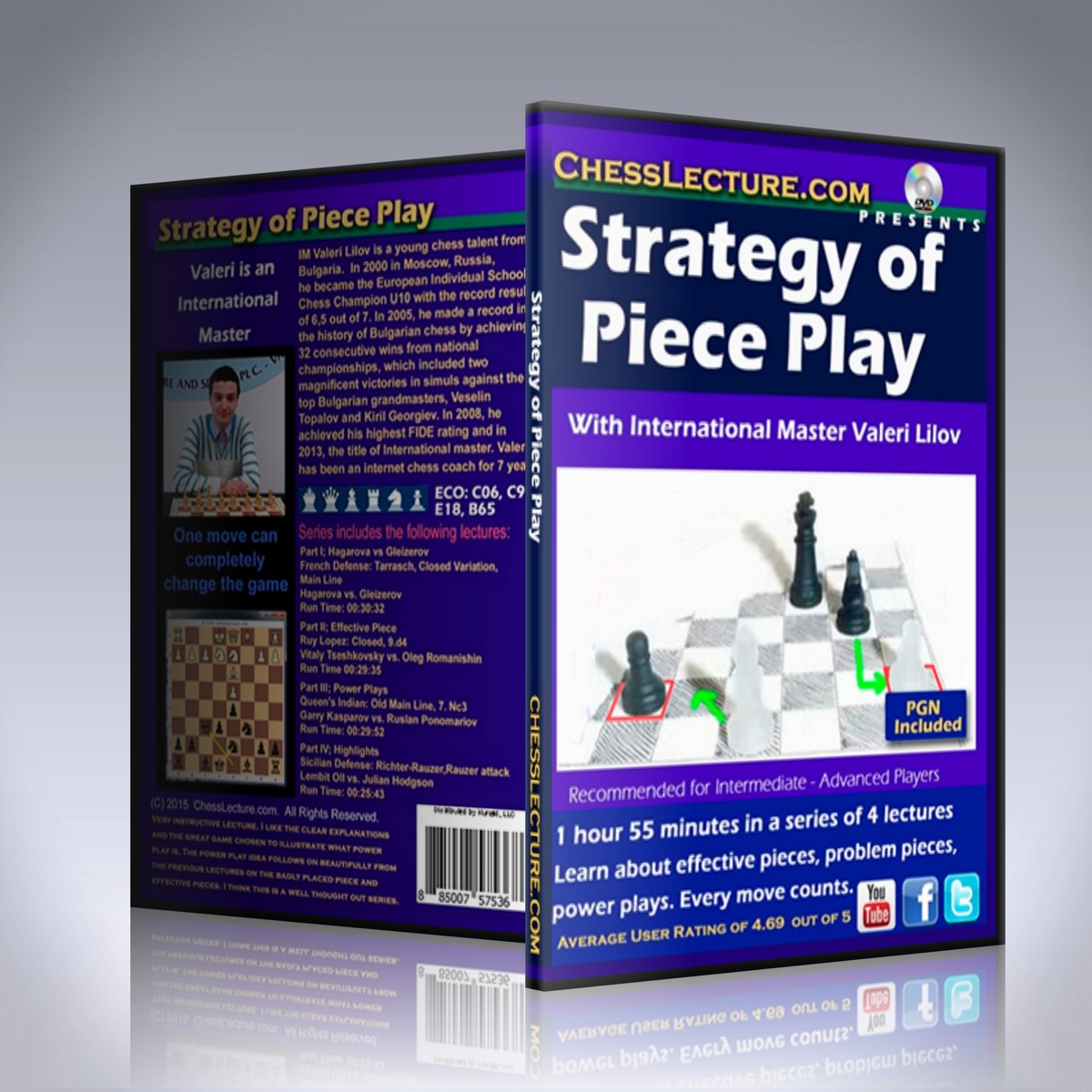 Content: 115 minutes of instruction and analysis in a series of 4 lectures. PGN Included.

Chess Fans have said: Very instructive lecture. I like the clear explanations and the great game chose to illustrate what power play is. The power play idea follows on beautifully from the previous lectures on the badly placed piece and effective pieces. I think this is a well thought out series. Thank you FM Lilov.