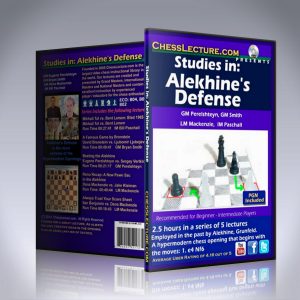 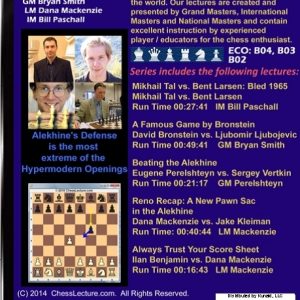 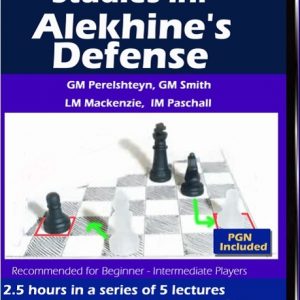 Alekhine’s Defense is a hypermodern chess opening that begins with the moves: 1. e4 Nf6 This bizarre defense introduced by the chess champion Alekhine and later practiced by Gruenfeld is the extreme in hypermodern openings because of its unbalanced nature provoking a weakness in White’s center pawns.

Alekhine’s Defense is a hypermodern chess opening that begins with the moves: 1. e4 Nf6 This bizarre defense introduced by the chess champion Alekhine and later practiced by Gruenfeld is the extreme in hypermodern openings because of its unbalanced nature provoking a weakness in White’s center pawns.

Content: 156 minutes of instruction and analysis in a series of 5 lectures. PGN Included.

Chess Fans have said: Thanks for a great lecture. As always you give creative ideas in the opening plus an excellent mix of tactics.