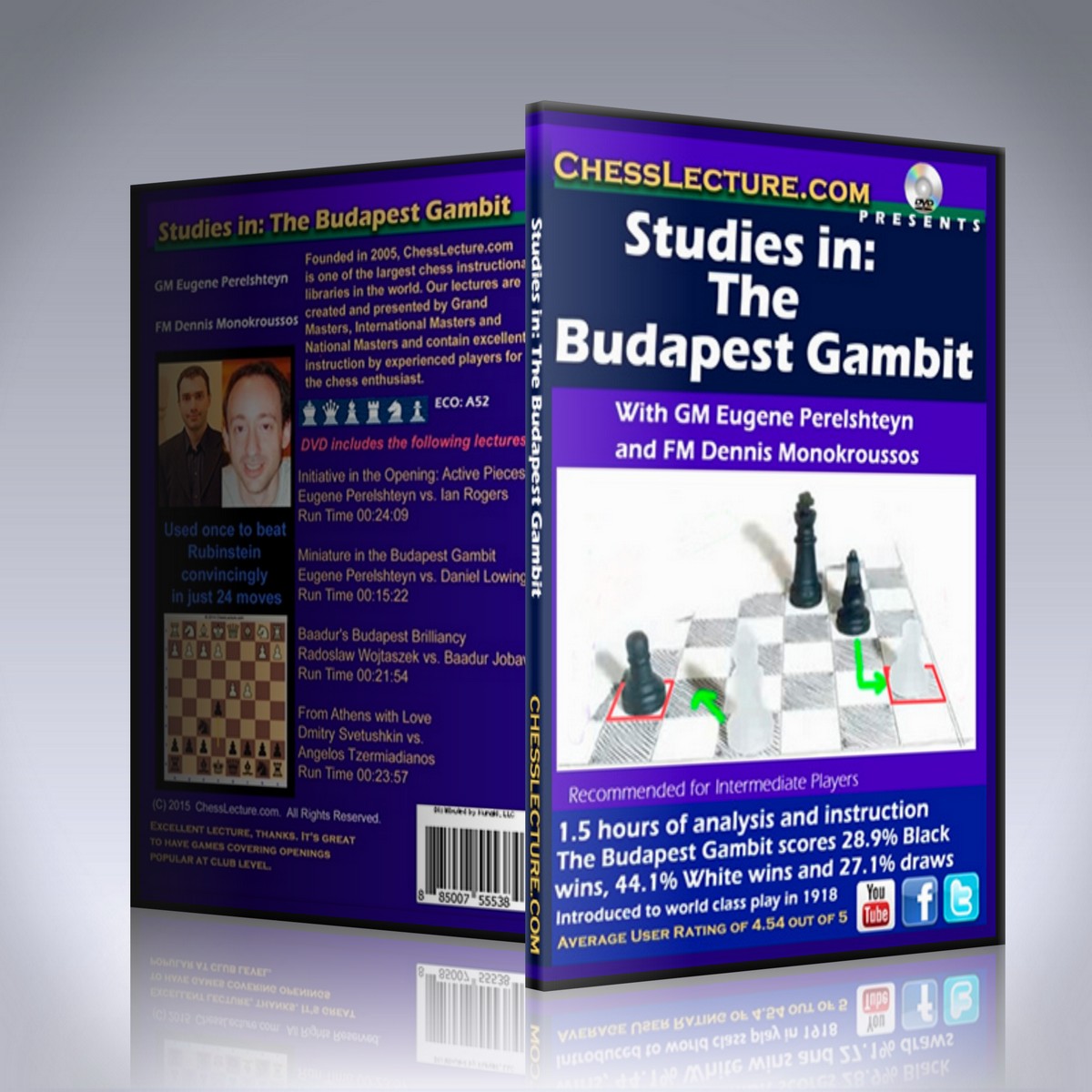 Studies in: The Budapest Gambit

Content: 85 minutes of instruction and analysis in a series of 4 lectures. PGN Included.

Chess Fans have said: Excellent lecture, thanks. It’s great to have games covering openings popular at the club level.