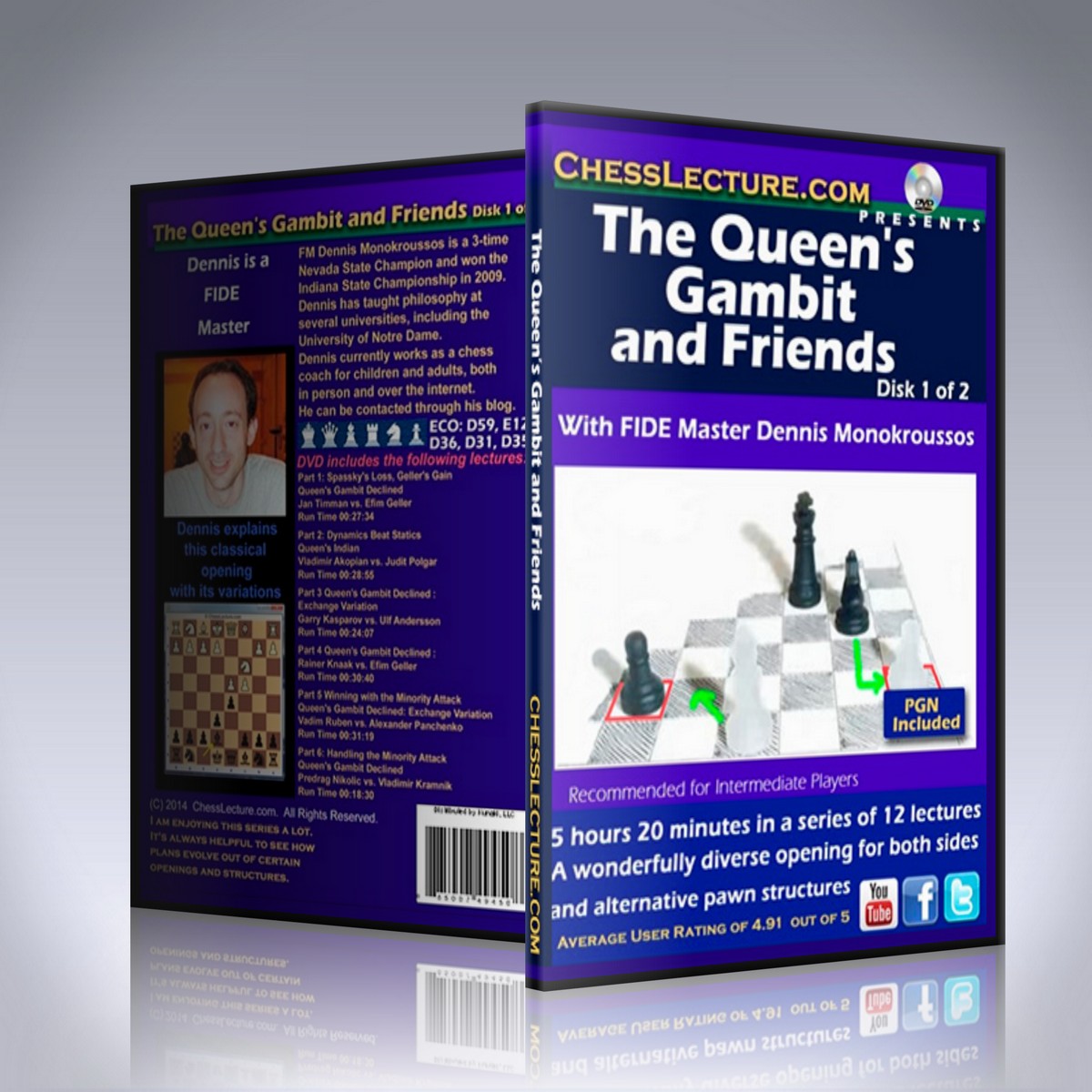 0 Review(s) (0)
$29.99
Dennis explains this wonderful diverse classical opening with its variations for both black and white. The Queen’s Gambit is one of the oldest known chess openings. In early modern chess, queen pawn openings were not in fashion, and the Queen’s Gambit did not become common until the 1873 tournament in Vienna.
Add To Cart
About the Course Additional Information Reviews (0)
Product Description

Dennis explains this wonderful diverse classical opening with its variations for both black and white. The Queen’s Gambit is one of the oldest known chess openings. In early modern chess, queen pawn openings were not in fashion, and the Queen’s Gambit did not become common until the 1873 tournament in Vienna. As the appreciation for positional play increased and was developed by both Steinitz and Tarrasch the Queen’s Gambit grew more popular. The Queen’s Gambit is still frequently played and it remains an important part of many grandmasters opening repertoires.

Content: 322 minutes of instruction and analysis in a series of 12 lectures. PGN Included.

Chess Fans have said:   I am enjoying this series a lot. It’s always helpful to see how plans evolve out of certain openings and structures.