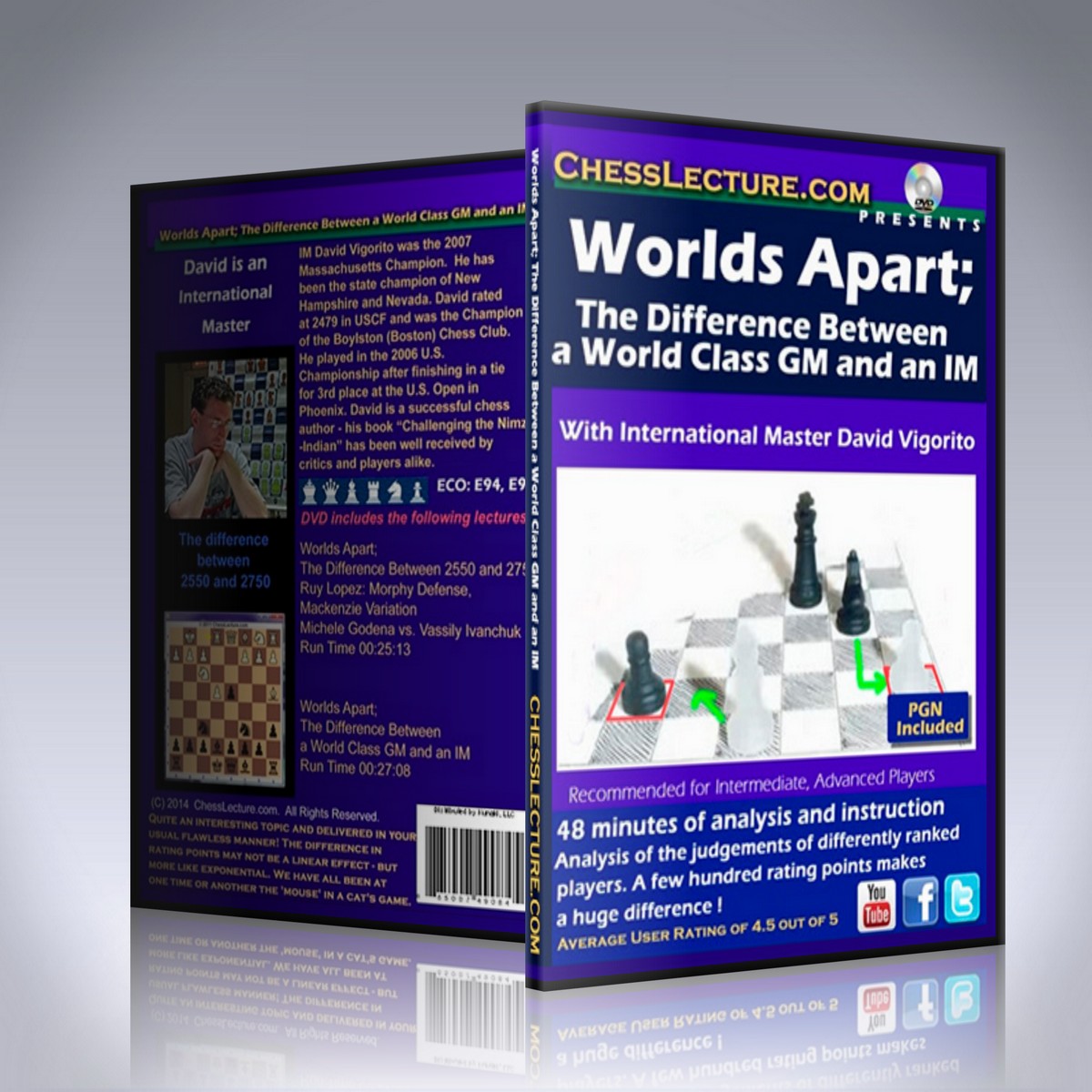 IM David Vigorito analyzes the decisions in games of two masters. One master a world-class GM and the other an IM and illustrates how a difference of two hundred points in ranking becomes exponential in terms of gameplay.

IM David Vigorito analyzes the decisions in games of two masters. One master a world-class GM and the other an IM and illustrates how a difference of two hundred points in ranking becomes exponential in terms of gameplay.

Content: 52 minutes of instruction and analysis in a series of 2 lectures. PGN Included.

Chess Fans have said: Quite an interesting topic and delivered in your usual flawless manner! The difference in rating points may not be a linear effect – but more like exponential. We have all been at one time or another the ‘mouse’ in a cat’s game. Only Ivanchuk is more like a lion! Thanks, David!