Mario Matouš is no more. There could not have been a greater blow to his fans. Yet such is public apathy that we have learned of his loss only now, months after he breathed his last. He was a prince among men and died a pauper, unheard and unsung.

A fate not uncommon to chess artists. During his lifetime Mario composed nearly 300 studies and half of them won prizes. His best work has refreshing originality and startling wit, reminiscent of that other great artist, Ernest Pogosyants (1935-1990).

Tributes to the departed soul are pouring in. They reflect a brilliant life with tears and laughter both. There are also quite a few priceless jewels therein. Do not miss them. (See Links)

The following study won the First Prize in a composing tourney. 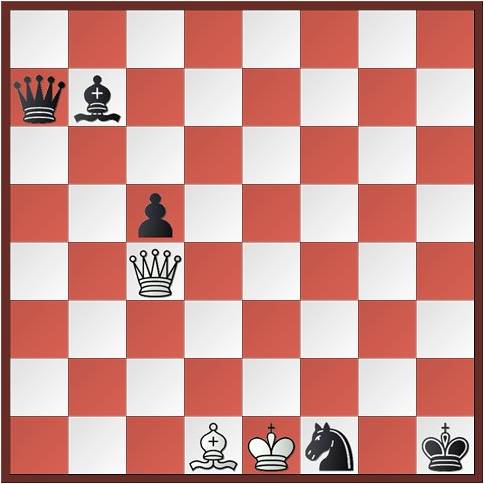 2)The preview of the obituary (to appear in EG Magazine, ARVES) by Emil Vlasák is here. It’s replete with quotes and anecdotes. Don’t miss it!

1)The image of Mario Matous is from Prague Chess Society.

2)Mr. Peter Boll and John Beasley have allowed us to offer a preview of the obituary due to appear in EG Magazine, the flagship of ARVES.

Our thanks to both.

Mr. Emil Vlasák informs us that he captured the image of his dear friend here on the occasion of his 60th birthday and also organized a composing tourney in his honour.