In the following position Black missed a simple combination and it took several moves for him to win. Can you do better?

By the way, who were the players?

What was the event in which this game was played? 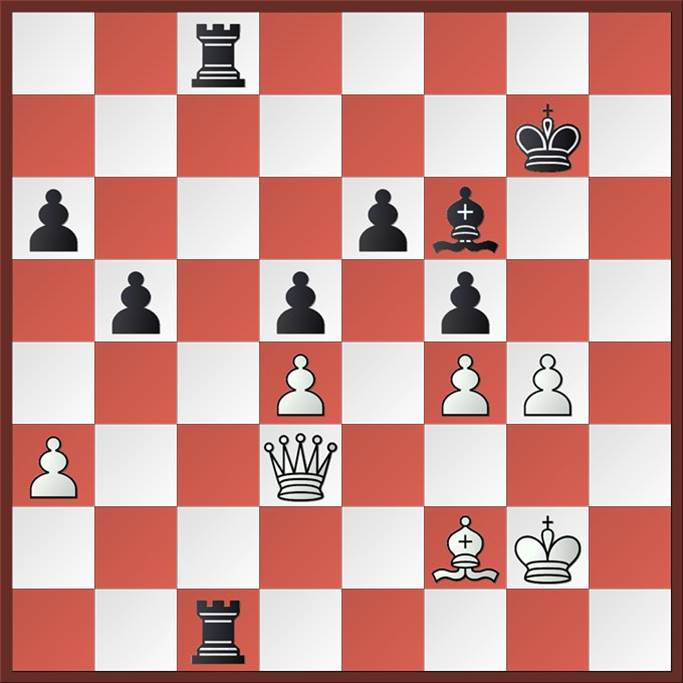 (Allow yourself 5 minutes to find the combination)

Solution: Quite a few readers got it right.

Black missed an immediate victory with 1…Bh4! and he won only on 67th move.

The players are Hikaru Nakamura and Fabiano Caruana.

Caruana missed Bh4! against Nakamura in the 2014 Sinquefield.