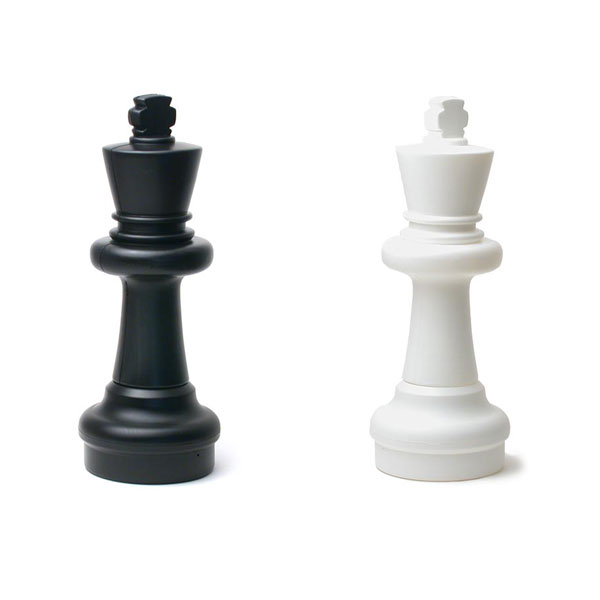 This endgame might seem simple, but it is not. There is a lot of strategy.

Often, the deciding factor here is who has the opposition.

The opposition occurs when the two kings are aligned one row apart. Whoever has the move must step aside with their king, allowing the other player’s king to advance. It is like a standoff. It is better not to move first, so that your king can hold its ground and the other player’s king must move and give ground. When the opponent has the move, then you have the opposition. When you have the move, then the opponent has the opposition.

Now you are ready to learn the three strategies for this endgame.

3) Take the key square: The key square is the sixth row in front of your pawn. If you get your king to the key square, regardless of whose turn it is to move or who has the opposition, you can win.

The game may change back and forth between a win and a draw in one move. If you know the three strategies and the opponent does not, you can usually win with the pawn and draw without the pawn. There is one more important thing to remember. You can only win with a non-rook pawn (b-pawn to g-pawn). If you have a rook pawn (a-pawn or h-pawn) and the opponent can get his king into the corner or near the corner, then it is only a draw.