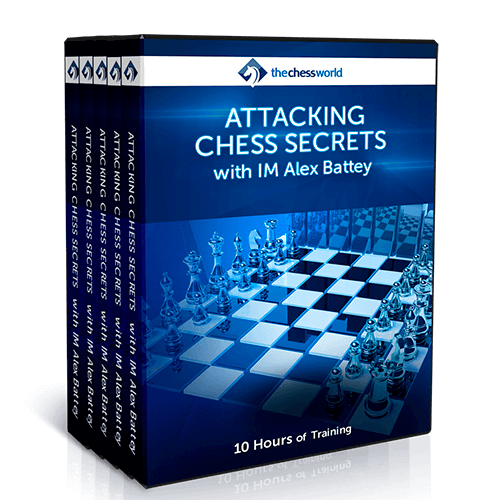 “In this 10-hour masterclass, IM Alex Battey shares his blueprint for launching powerful attacks with maximum ease and near perfect execution! Throughout this course, IM Battey provides you with 10 must-know elements to construct a successful attack.”

The ability to launch phenomenal attacks is the most sought-after skill in chess. And it’s easy to see why. A strong, well-executed attack usually WINS the game.

No one is natural at it.

Do you think you are the only one who struggles with launching and executing an attack?

In fact, the majority of club players are literally “hardwired” to struggle with attacks. Is it because of them…

We all been programmed to think that if you lose that’s because you didn’t try hard enough. But of course, you did try your best. Doing the same thing over and over again any harder will not change the result.

It will only make you exhausted, drained and mentally tired… but it won’t turn you into a great attacker.

Is there a method that allows you to become a great attacker, and win more consistently?

You DON’T need to be a chess genius or have a photographic memory to use those. You also don’t need to spend 8 hours a day on training. Once you get a hang of it, you’ll feel like the attacks are happening on an autopilot!

Here is what’s inside:

This is just a taste of attacking strategies covered in this course! Applying those in your games, will immediately turn the table on your opponent and transform you into an attacking machine!

If you want to learn how to launch and execute an attack with maximum ease and nearly zero effort, this is something you can’t miss…

Are you ready to LEAP towards becoming the best-attacking player in the room, let’s get started!

Downloadable, complete set of annotated PGNs of everything covered so that you can analyze it at your own pace and convenience. A must-have a treasure chest for any serious player.

Train the attacking motifs and important move sequences with a set of specifically designed tasks and challenges. The practical part is an important element of the course.

Watch IM Battey demolish his competition using the ideas, principles, and plans demonstrated in the course. This extra video will help you see how everything works together!

Set of extra training tasks, which are designed to challenge your tactical and calculation skills after completing the course. Think of it as your final exam. PGNs with solutions are included as well.

Alex Battey is an International Master from the U.S. He has won multiple prestigious tournaments and taught over 100 private students in the past 10 years. Alex has experience teaching chess in schools, for both a private company and as part of the outreach program at Texas Tech University. He is an attacking player and always plays for the win.

★★★★★
Dionisis Politis (Dec 07, 2022)
Ihad no great expectations but at the end i found this course very interesting . I highly reccoment it . Perhaps a shortcoming is that the author hyperanalyses the variations something that can not be done in an actual game. But in general is a very instructive course 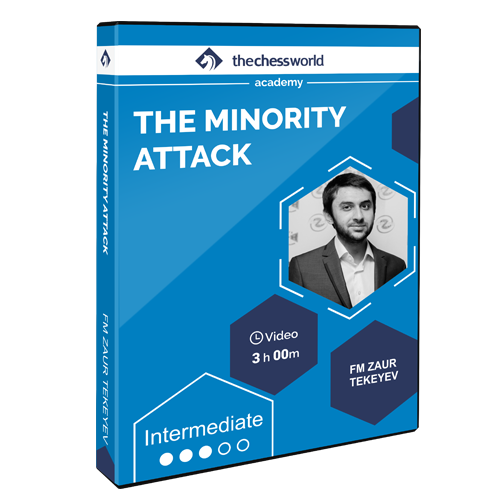 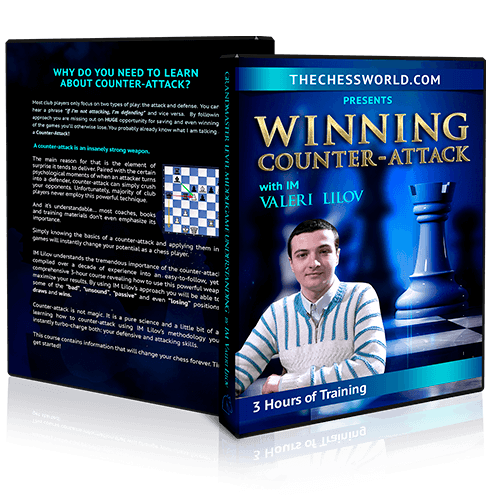 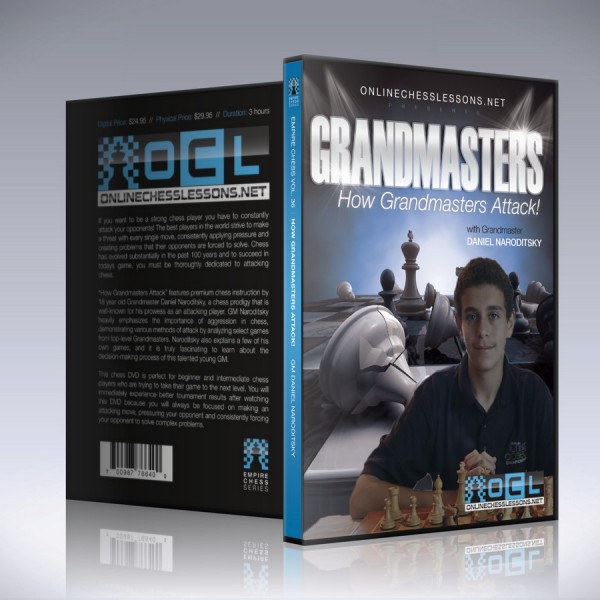 Chess Mastery Series
How Grandmasters Attack – GM Daniel Naroditsky
$9.99
We use cookies on our website to give you the most relevant experience by remembering your preferences and repeat visits. By clicking “Accept”, you consent to the use of ALL the cookies.
Cookie SettingsAccept
Manage consent