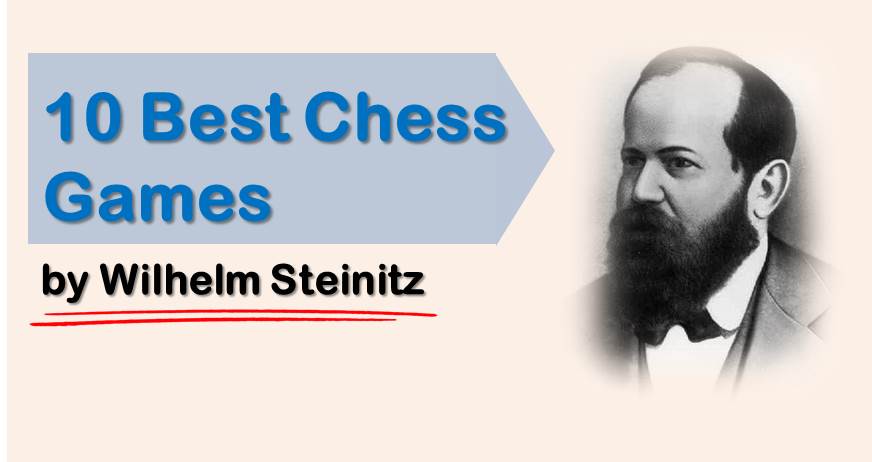 Wilhelm Steinitz was an Austrian-American chess player, first undisputed World Champion. Steinitz became a world number 1 and the World Champion due to his sharp, attacking style. Later on, he became more of a positional player and proved that his new style was far superior to the previous one. Today we will analyze 10 of the his most notable games.

Reading chess books won’t be a very effective cure in this situation. Our training program will fill in the blanks which will allow you to perform much better over the board.