10 Habits of a Chess Master 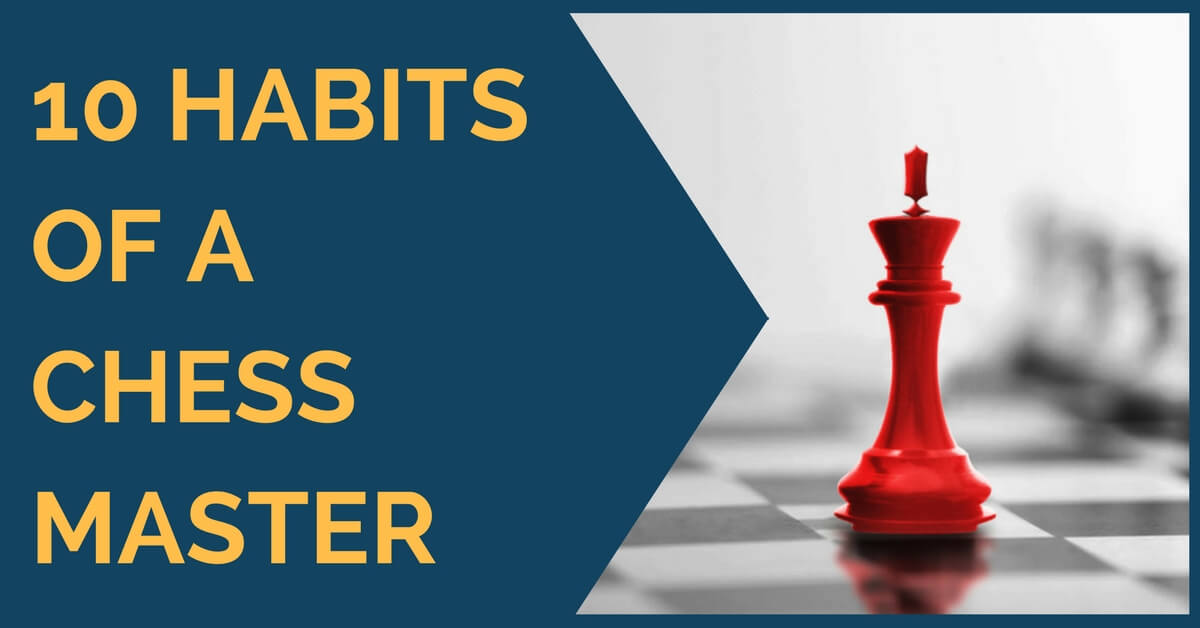 Chess players are unique persons compared to other areas of the society. A chess player, no matter his level, is absorbed by the game and, even when he is not playing, his thoughts are very often in the game. Naturally, the more a chess player gets involved in the game, the more fanatic and enthusiastic he becomes. In this article we are going to write about habits; what are the most common habits that chess masters have?

It won’t be easy to write about such a large community, but being a master ourselves and having shared years of experience with colleagues will write a list, maybe you’ll find yourself identified.

Some habits are good; some are not that great, especially because most of these habits do not bring anything positive for your actual level of play. These are not methods of training, but simply routine things for chess masters.

Chess masters are addicted to blitz moves online, even if it is not good for over the board play; it does not matter. This is a habit that one should seriously consider cutting off because it can seriously harm your thinking process.

2. Following live tournaments from all around the world

Now with the apps on smartphones it is very easy to keep track of all tournaments that are being played. Chess Masters are addicted to this. This is not a bad habit itself if it wasn’t for the next point in our list.

3. Switching the engine ON while following a game

Do not! This is the bad part of following games online. Very often chess masters are too lazy to think or too desperate to find out what’s going on that they can’t resist the temptation to check the position with the engine. As a consequence, you become lazy when it comes to thinking over the board. Bad habit!

4. Analyzing their own games with the engine

Very often a master, the night after his game would say “I was winning, I had plus 1 or plus 5!!” The computer said that I was totally winning. This is highly irrelevant; a player who does this after his game and his conclusion is that he had a plus 5, then he has learned nothing from that game.

In the fast times we live in people want quick results and answers but this is also a bad habit. It is much better to analyze with your opponent after the game or by yourself, but always without the engine.

Chess masters know several books or every book that there is around but to have sit and read it or play through the games is a complete different story!

Too focused on the opening phase. Not having a clear plan or path to follow. One day Caruana wins a sharp Najdorf then they investigate and want to play the Najdorf. The next day Nakamura wins with the Scandinavian and the same process repeats. This leads nowhere, but we have all been there.

The habits mentioned above are mostly on a day-to-day routine, what a chess master usually does. Very few are taking the time seriously to work on their own skills with a serious training program. As you can see such habits are tempting, but one must resist and try to avoid them. It’s not easy, but give it a try!

There are other habits that occur during tournament practice, for example:

7. Standing while the opponents think

A habit passed from chess player to chess player and very few do not do it. It is true that we need time to relax during a game and sometimes we need a walk, but doing it too much will always end up in a lack of concentration. Try to stay at the board for as much as you can, face the situation and give your best.

8. Walk before and after the rounds

This is actually a good habit. When a game is played in the afternoon it is not good to prepare for 4-5 hours in your room (although some do this). A short walk in the morning, to be with your thoughts on the game alone, is quite helpful. The same could be said when the round is over; walking with friends or alone in order to disconnect from the game you just played, not matter what the result was, and plan the following day.

Our ancestors did not have this problem but modern society does and chess players are not immune to this. Staying on social networks during a tournament does not let you focus entirely on the main event. Remember, while other athletes broadcast their results, they usually get a couple days off before their next match. In chess,everything goes fast and you need to stay focused. Internet off!

10. Don’t lose your energy during the game

Nowadays it is quite common that chess masters bring energy bars, fruits or chocolate to the game. Not that they will always eat this, but sometimes the game last so long that you need to avoid fatigue which might lead you to make mistakes. Stay strong! Good habit.

To sum it up, the majority of habits are not that great among chess masters. Chess is a great sport, but it also creates plenty of addictions that one must resist if he wants to improve. Thank you for reading and, if you have any more habits we can add to our list, let us know!

Thank you, Nice article about Habits of chess masters. Being a chess master is definitely awesome. Some of the Chess Masters are super impressive with their strategies.