Dictionary of a serious chess player 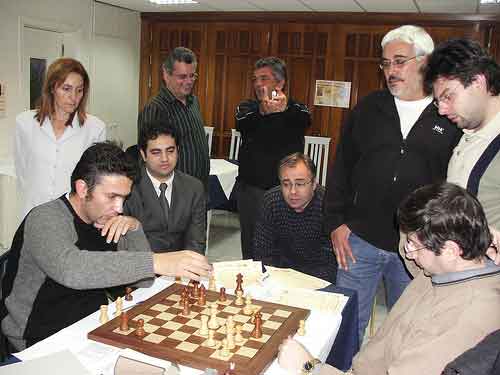 It always surprised me how many chess players are unfamiliar with chess terminology. I was recently talking with a player whose rating will hit the master’s level very shortly. We went over the game which was just played between two of us and I mentioned the word “Skewer” while analyzing. He obviously did not know the term and looked puzzled; I gladly explained that a Skewer is just a reversed pin, with a more valuable piece up front. We laughed.

I’ve decided to compose these commonly used chess terms and phrases and to form into a single writing in order to let chess players all around speak the same “chess language”.

Credits: the image is used with the permission from the author Andreas Kontokanis.