He may have lost the world championship match. But he continues to win hearts with grace, modesty and dignity. Today (11th December) happens to be his birth day and we wish him a long and happy life.

This series is our tribute to a great player-Ed. 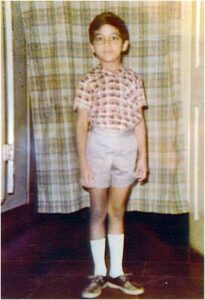 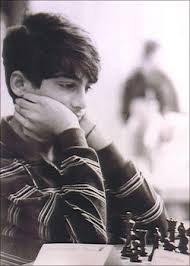 the tournament hall and is eagerly looking around, eyes full of curiosity. No, he has not come to watch, he has come to play.

Now what are the seniors supposed to with the little fellow? They can hardly offer him a point when their own results are at stake. So game after game he ends up with a naught. But that does not matter. He just loves to play. Then comes the fourth round and his opponent does not turn up. After the mandatory wait he is awarded the point by the arbiter. Thrilled, he runs home and announces “I won!” – “Who was your opponent?” – “I don’t know. He ran away!” At home they smile even as they hear the story over and over again. He has won by default, but too young to know the difference. He doesn’t score many points in that tournament. But he is awarded a special prize for perseverance.

That’s it. He is fascinated.Day after day he visits Tal Chess Club and his imagination takes wing as he watches others play.

The kid is now in love with those pieces on the board. They in turn love him and fly from his hands like little angels towards the sky. When he moves on 64 squares, he feels, the board turns into a magic carpet for him. 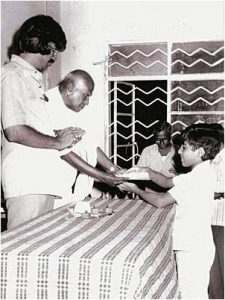 31st August, 1981.The tournament hall in Madras is abuzz with excitement. The first round of the traditional Kasturi Cup Tournament is about to commence. The event has attracted 80 entries from all over India. The Premier section is made up of well-known masters, T.N Parameshwaran and Raja Ravisekhar among others. There is also a Reserve section with 40 players. Among them is an 11-year-old from Don Bosco Matriculation School. No, he has not been allowed to play in the Premier section. He is too young for the big league. He looks askance at the seniors and wonders how he can catch up with them. The boy’s name is Viswanathan Anand. He wins the Reserve event with a tally of 7.5 points out of 8. He also wins the Open Blitz tournament. A star is born. 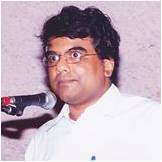 Anand’s formative years marked the progress of a precocious chess talent. Success alternated with failure. In December 1981 he participated in the Tamil Nadu State Junior Championship. Arvind Aaron the reigning champion retained the title, scoring 6 points in a 7-round swiss for 24 players. Anand shared 2nd-4th place with Ebenezer Joseph and K. Nallasivam with 5 points. In their individual encounter Arvind Aaron beat Anand in a remarkable game

Aaron, better known as a chess journalist today, modestly denies his success, maintaining that Anand was too young at that time.

1) The images of young Viswanathan Anand are taken from ChessBase. Thanks, Mr. Frederic Friedel!

2) The feedback on the game here came with some modest denial by the winner. Thanks, Mr. Arvind Aaron!

Dear reader,
Thanks for the comment.
Here are some updates on Vishy:
http://www.thehindubusinessline.com/features/weekend-life/encountering-a-charming-legend/article5429975.ece

Once Kramnik was beaten Anand became my favorite chess player. Hope he wins Candidates in 2014 and Challenge Magnus Carlsen more successfully in 2015!~