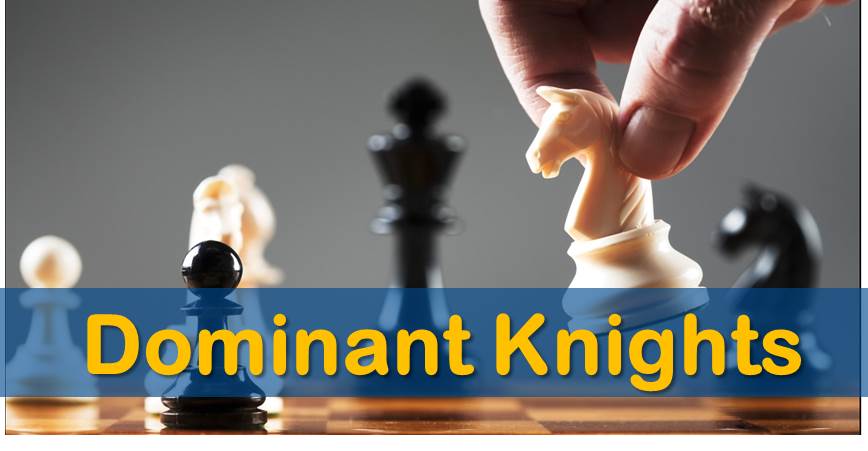 When studying different middlegames, I’ve come to the conclusion that sometimes there are pieces on the board that shouldn’t be moved. A sort of a permanent status in the game that, if you are on the favorable side you should make the maximum effort to maintain. Common situations are when a knight is better than a bishop in the middlegame.

For example, a strong knight in the center, placed on a square of a different color from our opponent’s bishop is an asset that will last throughout the game and there is very little our opponent can do to change the state of play. He can always sacrifice material like throw an exchange to get rid of such piece, but then the material advantage element comes in.

Needless to say, that this type of situations should be avoided, that’s why it is very important to evaluate correctly every piece trade we make.

For example, let’s have a look at this recent game by Areschenko and Wang Hao played in Romania just a few weeks ago: 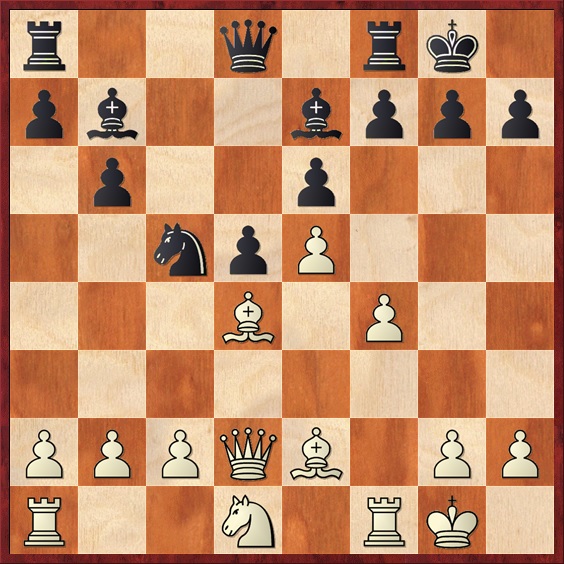 A typical scenario from the French Defense. The position should be about equal. If anything, white’s advantage is minimal due to the more active pieces and space advantage. It is black who is under pressure to find counterplay. What is the best plan for black? Wang Hao played 13…Nc5 with the idea of playing Ne4. This looks normal, but white can get rid of black’s night on e4 anytime as it happened later. 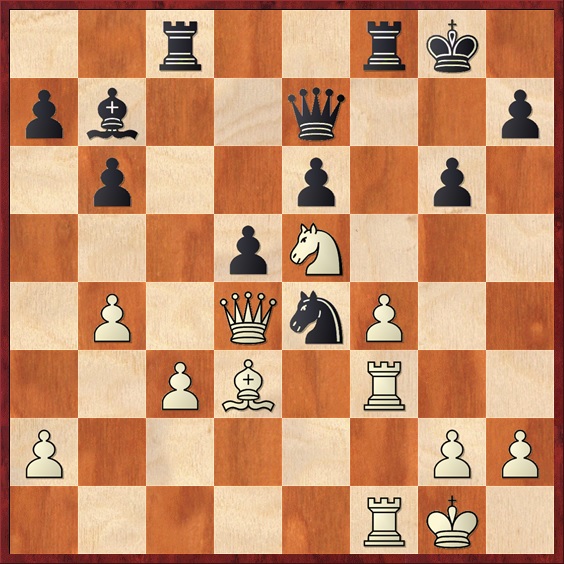 This is the position after move 24. Here white played 25.Bxe4 dxe4 26.Rg3 and black is much worse. Note how passive the bishop on b7 is and how strong the knight on e5. Black’s main problem is that he can’t change that for the rest of the game. Areschenko went on to win convincingly.

If we look deeper into what happened, we should probably look back at the first diagram and doubt the plan with 13…Nc5. Instead, black should probably try 13…Nb8! Followed by 14…Nc6 with more chances to keep the balance. This great game was fully analyzed and you can find it here.

The idea of piece domination is very useful, even in winning situations. In one of my recent games we arrived to the following position: 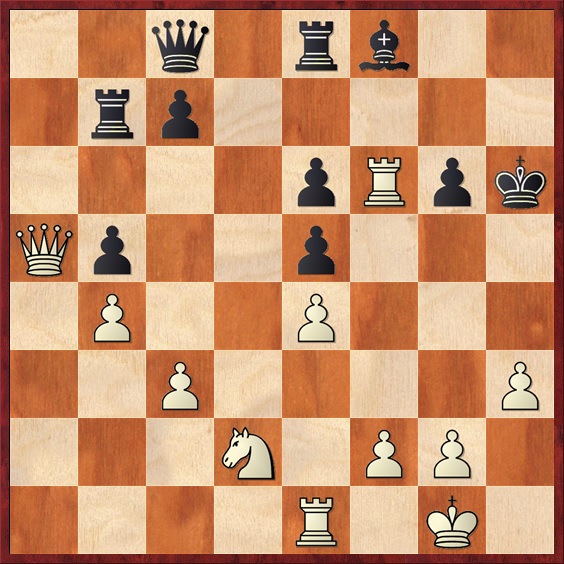 White is clearly winning, pawn up, better pawn structure, safer king, every aspect of the game is better for him. However, a couple of drawbacks are the awkward rook on f6 and the queen on a5. Looking for moves that black could play to create counterplay I was able to find the best move for white. Black could try c5 creating weakness on b4, opening the C file for his queen, connecting the rook on b7 with the kingside. Therefore I played 40.Nb3! 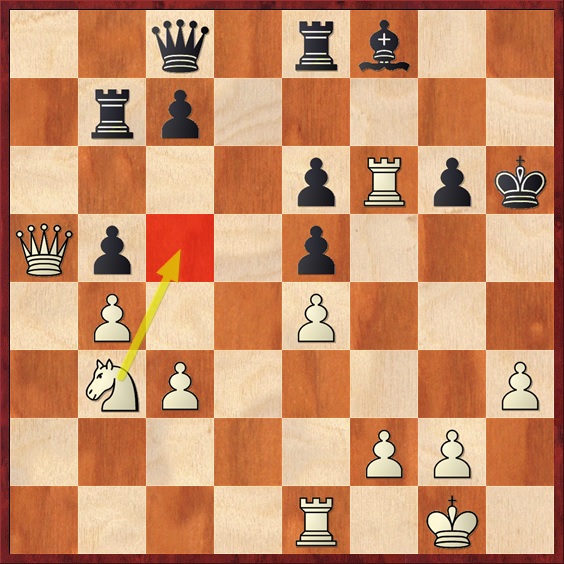 Now c5 is under control but the idea I had in mind was too meet 40…c5 with 41.Rxf8! Strange to be winning so comfortably and then sacrifice an exchange, right? The point is that after black recaptures on f8 41…Rxf8 42.Nxc5 Rbf7 43.Rf1 white’s advantage is beyond question. 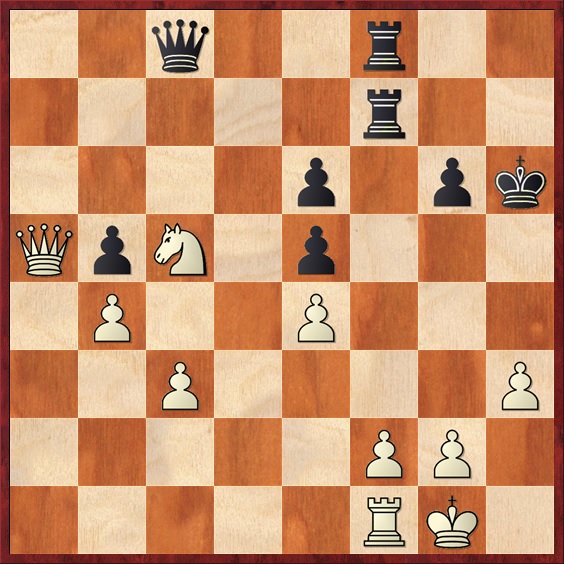 My knight on c5 would be dominant and now I can wonder with my queen and attack black’s weak pawns while he can’t do anything at all. This did not happen in the game as my opponent did not play 40…c5. Nevertheless the analysis is worth checking out.

Another example is often found in the Catalan endgame. Let’s have a look at the next diagram: 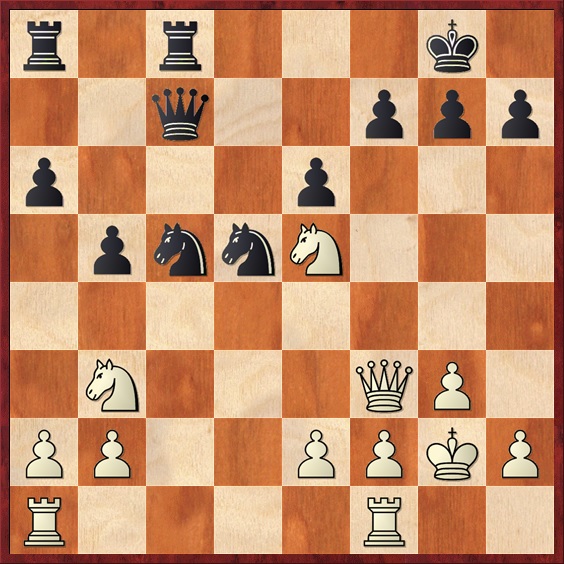 The position is close to equality; neither side has big weaknesses and the material is even. Both sides have active pieces too. This is a general evaluation of the position. However, the game is far from over and any experienced player would agree that white’s position is slightly better, due to the weakness of black’s queenside (c5 square, a6 pawn). Here Andersson with the white pieces went 19.Nxc5 Qxe5 20.Nd3 Qd6 21.Rac1 reaching the next diagram: 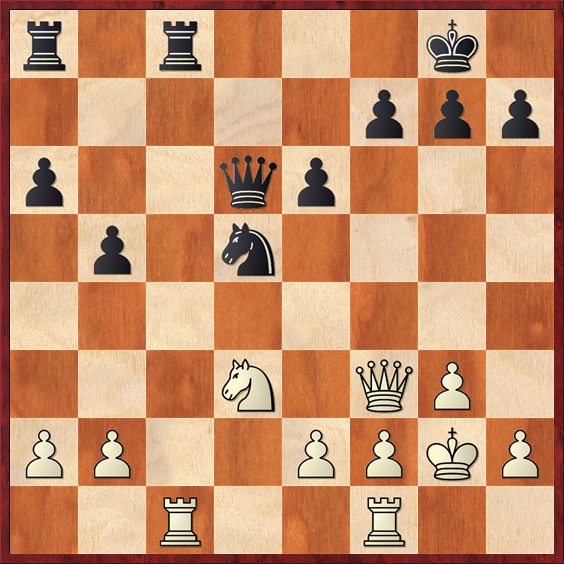 White has set up a magic fortress. The knight on d3 is very strong and it will stay there for the rest of the game dominating the center and the square c5. Next phase for white is to improve the position of his queen and start attacking black’s queenside. It is true that black also has a strong knight in the center, but it is not a permanent element as white can attack it by e4 (a move that white doesn’t want to play until the endgame because the pawn on e2 supports the knight on d3) and most importantly, the knight on d5 doesn’t attack anything. The rest of the game is very instructive.

We hope you have enjoyed the explanations given above and they will serve you to evaluate better the middlegame. It is important to always consider the static elements in every position either in favor or against.