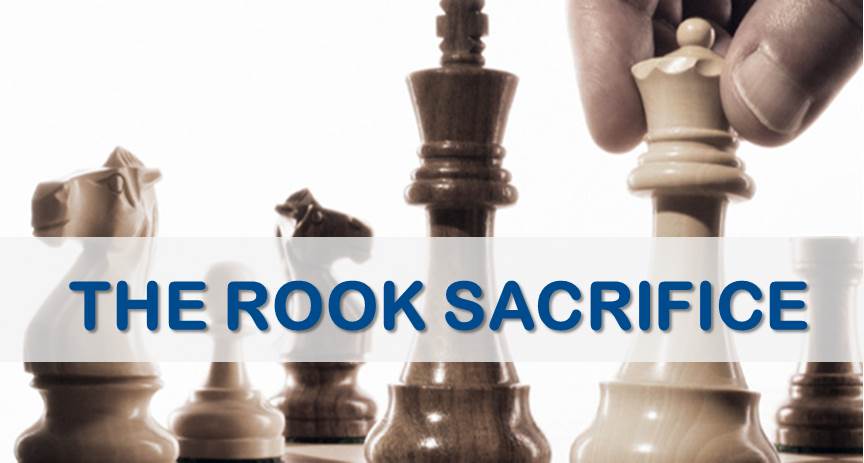 An effective way of improving quickly in chess is by learning the most common patterns of play and recognizing them during your own games. Grandmasters usually recommend beginners to examine games by strong players as a way of improvement. However, for beginners this might be confusing; how to improve just by going through games?

The point is to learn the patterns, how to play certain types of positions and build your stock of tactical and positional ideas. In this article we are going to explain one well known theme that happens very often: the exchange sacrifice as a method to blockade a file or free your own pieces. Sometimes, it can even do both things at the same time.

Perhaps the best known example of this maneuver is this game played by the chess patriarch Mikhail Botvinnik: 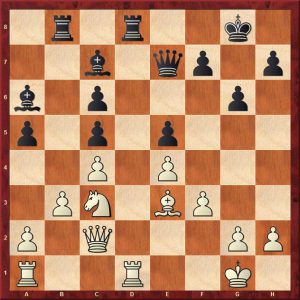 In the diagram above we can see that black’s pawn structure is clearly bad and the weakness of c5 is a target for white in the future. If there were no rooks in the position, white would have a clear positional advantage as he can exert pressure on the c5 pawn by placing a knight on a4. However, it’s black’s turn and, fortunately for him, he still has both rooks, so he can sacrifice one with 25…Rd4! The rook blocks the D file and solves all black’s problems. Botvinnik went on to win later on. See the details here:

Let’s have a look at more examples with some similarities now: 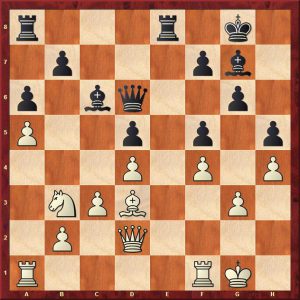 This game is from 1964, with Vistinietzki with white against Alexey Suetin. Suetin was a very strong and famous player in the 60s. If we look at the diagram, we see that the position has a closed character and black’s bishop pair is of no great use. It does not look like black can push for a win, but Suetin found a way to improve his position by means of an exchange sacrifice: 25…Re4! (for those who like coincidence theories, Botvinnik’s similar sacrifice was 25…Rd4). Of course this is not a straight winning sacrifice, but it is a one that changed the course of the game and allowed black to outplay his opponent after an intense fight. See the details here:

The same idea was used in our next example: 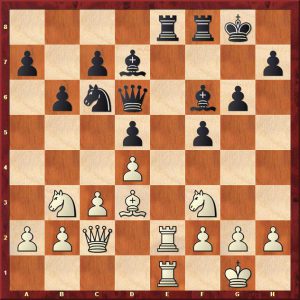 This position occurred in the game between the Canadian IM Leon Piasetski and Bent Larsen, St John 1970. White’s position looks solid and it seems he will be happy trading all the heavy pieces along the E file, getting closer to a draw result. Larsen, trying to win the game, executes the (nowadays typical) sacrifice 15…Re4!! The move is not leading to a forced win, but it does change the character of the position and sharpen things a little bit. After 16.Bxe4 fxe4, the E file is blocked and black has some chances for an attack on the kingside. Larsen went on to win soon after this. See the details here: 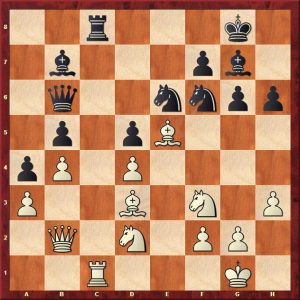 The position above is from a game played between Spain’s top Grandmaster Francisco Vallejo and Janssen,R in a Bundesliga encounter not long ago. Black’s last move was 27…Rc8, threatening to liquidate the last couple of rooks off the board. Vallejo had seen this idea coming and prepared a strong counter, 28.Rc5! Again we see the same idea as shown in the previous examples, although the positions are totally different. Vallejo went on to win pretty quickly after his opponent failed to find the best defense. See more details here:

We must say that these moves are not winning by force at all; the main point is to free your minor pieces, create passed pawns and block your enemy’s rooks from penetrating along a file. Note that in most cases there is always a safer choice, although not as ambitious. These are resources a player should be familiar with if he wants to have a higher chance of success during a game. We hope you have enjoyed reading and learned about this exchange sacrifice that can occur so often in practice.