Typical Sacrifices in Sicilian: The Piece Sacrifice on d5 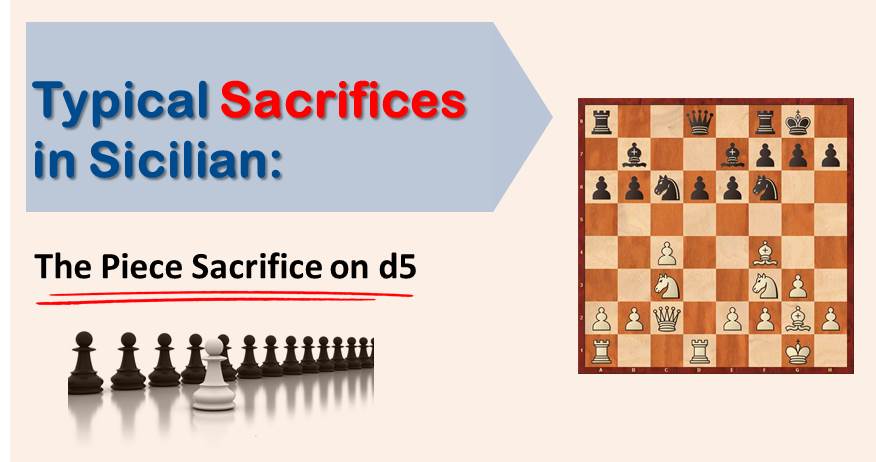 The Sicilian Defence is known as one of the most aggressive openings. There are many forced lines that both sides usually need to know by heart and it’s not unusual to see black’s king left in the center. In most of the lines, both sides are eyeing the enemy king and tactical blows are very common.

We have already discussed the idea of sacrificing a piece on b5, when white usually gets three pawns back and a powerful attack, and today we are going to present you another thematic sacrifice for white – giving up the knight on d5.

In general, this idea could have one of the following outcomes:

Before moving on to the examples, let’s take a look at the factors that make this sacrifice possible:

Next, we are going to show you a few examples where grandmasters have used this sacrifice in their practice.

The first game was played by the Spanish number one Vallejo against Neponiachtchi. He gives up the knight early in the opening and immediately gets compensation thanks to the better development and piece activity. Black’s pieces are tied up and the defense is difficult, as he doesn’t have a good way of developing.

The next example is a game played by the very inventive Georgian Grandmaster Baadur Jobava. He uses this typical sacrifice in order to demolish black’s pawn structure in the center and open the E file for his major pieces. Thanks to the better piece coordination and kingside pawn expansion, white’s attack turns out to be very dangerous.

So far, we have seen games where white gets big compensation for the material. In the next game played by Kamsky, we will see the other case, when white gets his piece right away. A nice game by the American Grandmaster, where we see the importance of black’s dark squares bishop in the position.

The next game is from my own practice, where I have used this typical sacrifice in the Hedgehog. In this type of positions, the win is not immediate. The idea of the sacrifice is simply to weaken black’s position. 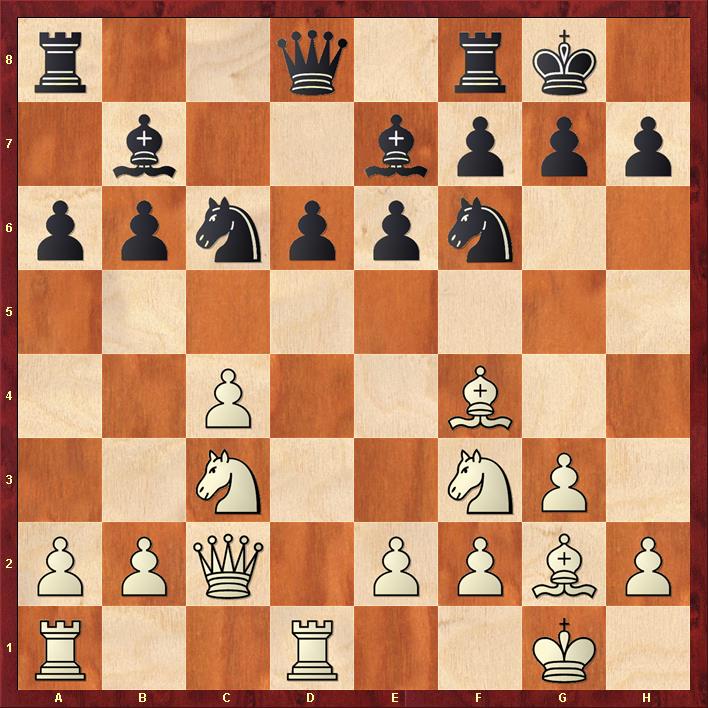 In the diagrammed position, black played 12… Qc7, allowing various ideas thanks to the possible pins by the bishop on f4 and the queen on c2.