Women vs. Men in Chess 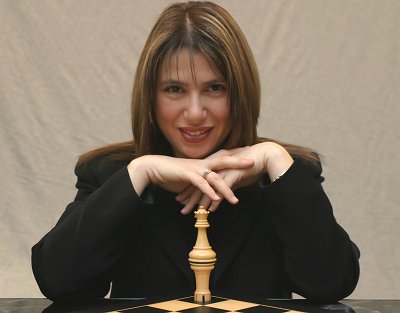 There is nothing that disgusts a man like getting beaten at chess by a woman.

Charles Dudley Warner
Playing in mixed events is enjoyable since it allows one to learn more about chess and psychology, and to improve more rapidly. So why, one might ask, are women often segregated? The problem is that most organizers don’t support female players by introducing special prizes for women. Therefore, each time you play in a mixed event, you have to be ready to bear expenses and earn nothing, which is not what a chess pro is looking for. As a result, most strong female players prefer to participate in tournaments that can offer them a chance to gain a title and win a prize.

The obvious drawback of this is that it’s harder for them to progress – just imagine that you are regularly beating 2000-2400 FIDE players and learning hardly anything instead of clashing with the titans! That’s also one of the reasons why there are so few GMs among women. You just can’t obtain the norms no matter how well you perform, unless there is a certain percentage of GMs among your opponents. And where would you get those in a female tournament?

Nonetheless, if one can afford it, it’s always nice to face top male grandmasters. Today I would like to share with you one such encounter. My opponent for this game, GM Igor Glek, is a very strong player, winner of about 100 international tournaments. In 1996 he was rated 2670, good for 12th place in the world rankings. I understood perfectly well that he was a favorite against me, but what strategy should I pursue? Sometimes people try to play solidly and wait until the opponent starts incorrectly pressing for a win. Usually this strategy doesn’t work out that well. However, if you like to stay on the defensive, that could be an option. On the contrary, I am an active player who values experience and the opportunity to learn something new more than rating or tournament points. Anyway, in the long run the active approach brings more dividends.

Our game is an example of exciting attacking chess; I hope you will like it: