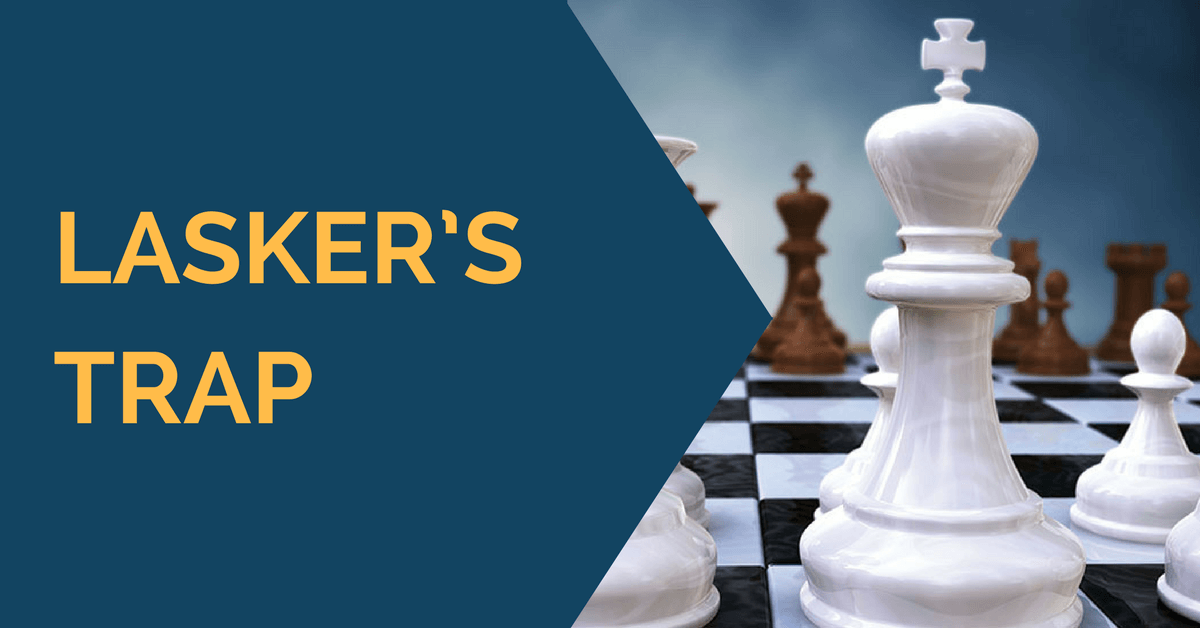 Lasker’s Trap can be very powerful weapon for Black in Albin Counter gambit variation. The unusual though very powerful feature of Lasker Trap is underpromotion on seventh move. It is a good idea to use this opening in quick games since it is not very often played and your opponent most likely would be unprepared for it. Let’s take a closer look:

White hopes to face “standardized” d4 opening lines such as 2…e6 or 2…c6 (Slav/Semi Slav) but, here the surprise comes: 2…e5. Black attacks the center directly offering a counter gambit for White’s Queen’s Gambit, called Albin Counter gambit. 3. dxe5 d4 4.e3?
This move is not very bad for White, but that’s exactly what Black wants, playing Counter gambit earlier (a lot safer is 4.Nf3!). Now 4…Bb4+ 5.Bd2 dxe3! Black sacrifices a bishop and if White take it they are in big trouble. Here the best bet for White is to accept double pawns, playing 6.fxe3 and after 6…Qh4+ 7.g3 Qe4
Black is somewhat better and White needs a precise defense to remain in game.

this is albin counter gambit others variation

That’s why it’s called a trap. Not a standard variation you use in your play.

Yes, Tommy Tan, if white falls into the trap… then he is pretty much done. But as you can see there are some better alternatives available.

In any case white should look out! 😉

It Is A Very Nice Game That Black Develop All hiss Pieces And Attack The King Although Black Sacrifice Pieces BUT……Black Gain Back The Pieces!
IT IS LIKE A KING HUNT! 😀 😆 🙂 😉 8) 😛 🙄

what if white plays 5.Nd2