In the following position Black played 1…Bd6. He had other aggressive continuations
like 1…Nf3+ followed by…Rxh2+. Would they have been preferable to the game continuation? 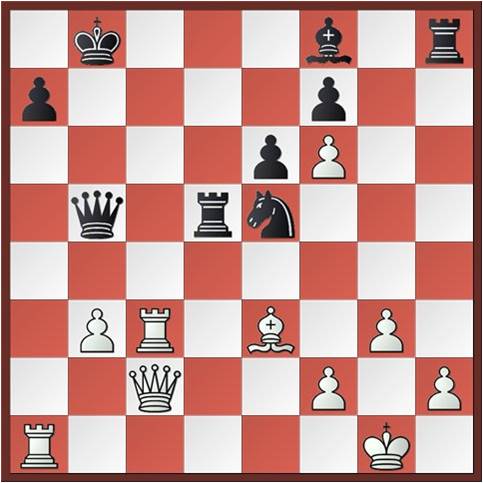 Answer: No. Other moves are not preferable to 1…Bd6!.

It’s still the best move in this position, combining attack and defence.

Reader John Ngangi’s move 1…Ba3!? leads to fascinating play on both sides, and only the final position is favorable to White. Nevertheless, the idea deserves mention.

The other move 1…Nf6+ followed by …Rxh2+? has a fatal flaw that is refuted in the end.

Note: The position arose in the game Kasparov-Tal 1983 and the game can be found here.