In the following position White had just played 28.Nf1?

(no prizes for guessing the names of players!)

and resigned immediately after 28…Qe1! 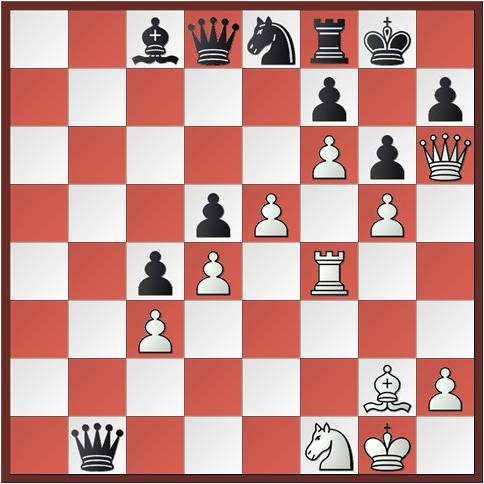 But what about 28…Qd1? Doesn’t that win for Black as well?

Our readers easily remembered this position from Game 9

But some wrongly assumed, all roads lead to Rome

28.Nf1 Qd1? was the sequence Anand calculated after he rejected 28.Bf1 that did not give him any chances of victory.

(“As soon as I made the knight move I saw what I had done”- Anand. Carlsen played 28…Qe1! and Vishy resigned on the spot.)

An imaginative idea worthy of a better fate

After the game Anand mentioned 32..Qxd5 33.Nxd5 Bxd5 for longer resistance.Then White can play h4,Qxh5,h5 and g6 winning the game.

Dear reader,
Where is your solution? 🙂

It’s Anand-Carlsen game. Where is my prize?

Dear reader,
Could you go a little further and offer a continuation?
Thanks.