10 Answers by Judit Polgar about Success at Chess

Judit Polgar is legendary; by far the strongest female chess player of all time. At 15 she became the youngest ever grandmaster. In 2002 she defeatedGarry Kasparov – it was the first time in chess history that a female player had beaten the World’s No. 1 in competitive play.

U.S. Champion Joel Benjamin likens her to a tiger at the chessboard. “She absolutely has a killer instinct. You make one mistake and she goes right for the throat,” he said. In this exclusive interview with Merike Taal, Judit Polgar reveals her secrets tosuccess.

You were the youngest grandmaster ever at the age of 15. Do you remember how it felt? What were your thoughts when you realized that you were one of the best chess players in the world, at such a young age?
It was a very special moment in my life when I accomplished this, as it happened in Budapest, my home city during the Hungarian Super Championship in 1991. By winning the last round game I also won the championship, ahead of all the leading top Hungarian male grandmasters which was also extremely special!

How did you deal with social pressure when you startedto win against grown-up professional chess players? You’ve said that “As a little girl you started to beat adults and they weren’t happy to see you around.”
I did have a period of time around the age of 13 when I was handling the media with difficulty, but later I understood much more how it works, and I learned to live with that as well. My family, especially my sisters, helped me a lot.

Suddenly you will have more “so called friends” than before the success.

Which character traits have helped you to achieve the success you have?
Diligence, fighting spirit, motivation, hard work, discipline, creativity, being a self-critical thinker, love for the game, and more. 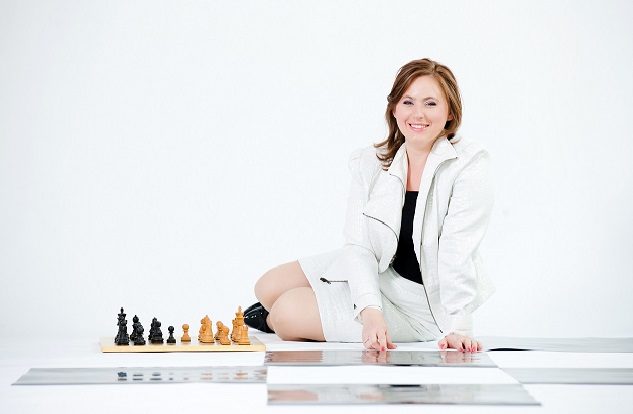 You have mentioned in your previous interviews that success needs to ‘be handled’. Can you give three top tips how to handle success?
1. Do not think that after one success you have become so much more important than anybody else. Do not get arrogant.
2. Suddenly you will have more so-called friends than before the success.
3. Continue the road you are on and more successes will be on the way.

The beauty of any game is that sometimes you win andsometimes you lose. What are your secrets in accepting losses?
When I lose, first of all it makes a big difference the way I lose. If I make a blunder then it disturbs me a lot. If my opponent outplayed me, because he played better than I did, that is a completely different story. I check where I made the mistake, and then move on to think about the next game I have to play, which is usually the next day.

Being successful is about finding your physical and emotional balance.

How important is it to be ‘yourself’ in order to be successful? What does it really mean?
To be successful and stay that way depend on finding my stability, physically and emotionally. If I am happy with my family it gives me the biggest confidence boost. I can be happy about what I am doing no matter if I play a chess tournament, organize my yearly chess festival, work on my books or work for the Judit Polgar Foundation. At the foundationwe created the ‘Chess Palace program‘ for kids; a method for developing special skills using the rules of chess.

You’ve said that in the course of game there are maybe two critical moments which decide the game. How do you spot these moments and how do you concentrate on these?
Critical moments can be sometimes very obvious, for example when a big structural change is going to happen by one move, or it can be when the game becomes very concrete and forced, also, when you have to make a big decision -for example, weather to get the queens off and move to the endgame, or not. On the other hand, there are situations when you realize it is too late. You recognize these situations by training every day and playing lots of games and tournaments so you have the feeling, the intuition for it, already. 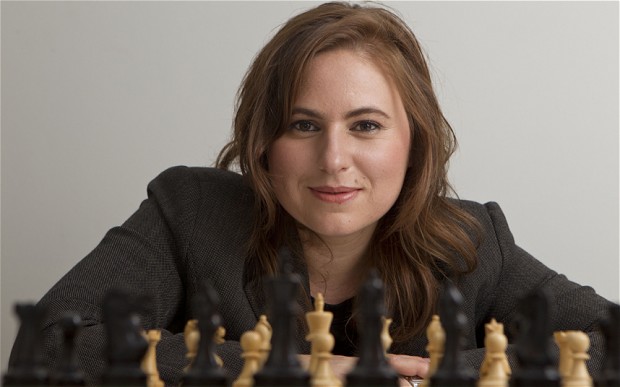 It is great that Bill Gates also likes to play chess. Hope that Magnus did not make him change his mind.

A big part of chess is psychology. How do you prepare yourself to win?

You are always ready to win

What is routine on a tournament day?
Some gym in the morning, then a nice breakfast, then preparation lasts 1-2 hours and then a bit of walking before the game starts. After the game: dinner and walking to get in a relaxed mood, so that in the evening I can start to think about possible strategies for the next day’s game.

Do you have a comment on Magnus Carlsen’s and Bill Gates’ recent quick chess game?
It was very funny for me. It is great that Bill Gates also likes to play chess – I hope that Magnus did not make him change his mind

I would love to see Judit play Magnus. By see her play I mean at least hear the results. I live in Perth Western Australia and we are starved for great games here. I’ve been a fan of Judit’s for sometime now. A lot of respect for her as a person not just a champion chess player. Regards.