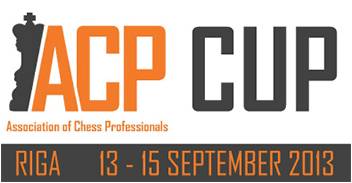 Chessbibliophile offers the first instalment of the report on the ACP Cup Riga held last month-Ed.

Misha Tal would have been pleased. The ACP Cup Tournament held in his beloved Riga turned out to be an exciting event with its rapid knockout format. 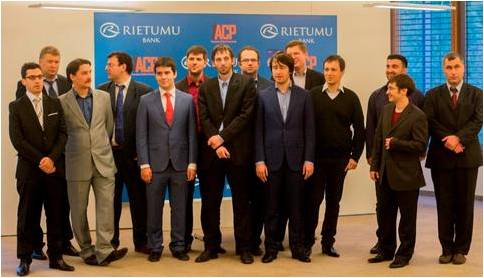 The first round itself began with surprises, veterans, Shirov and Ivanchuk losing out. What happened, everyone was asking. Good old Shirov offered no excuses for his defeat. But folks on the spot knew how busy he was helping out organizers, ACP and the Latvian Chess Federation in running the event. 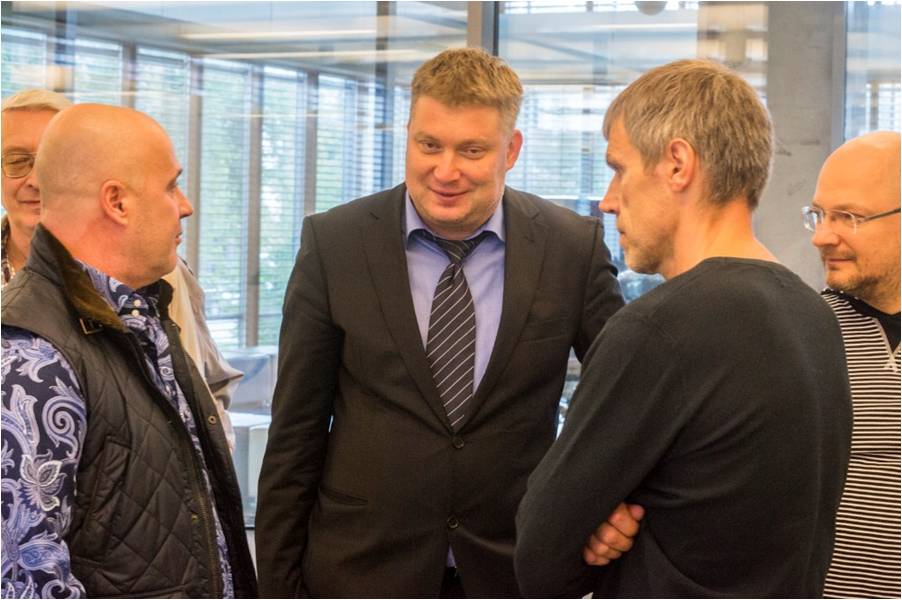 However, his opponent Radjabov should be given full credit in disarming a dangerous adversary like Alexie. Ivanchuk on the other hand had only himself to blame for his loss against Wojtaszek. His eccentric handling of the early middle game cost him the point and the game against his young opponent. Morozevich on the other hand had a complex struggle in both his games against Ponomariov. Having lost the first, he pounced on his opponent in the second with a TN of his own. 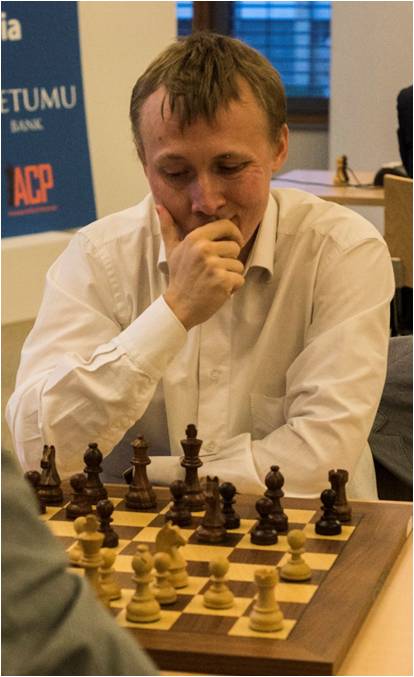 (Ruslan seems to be wondering,“What is Moro upto?”) 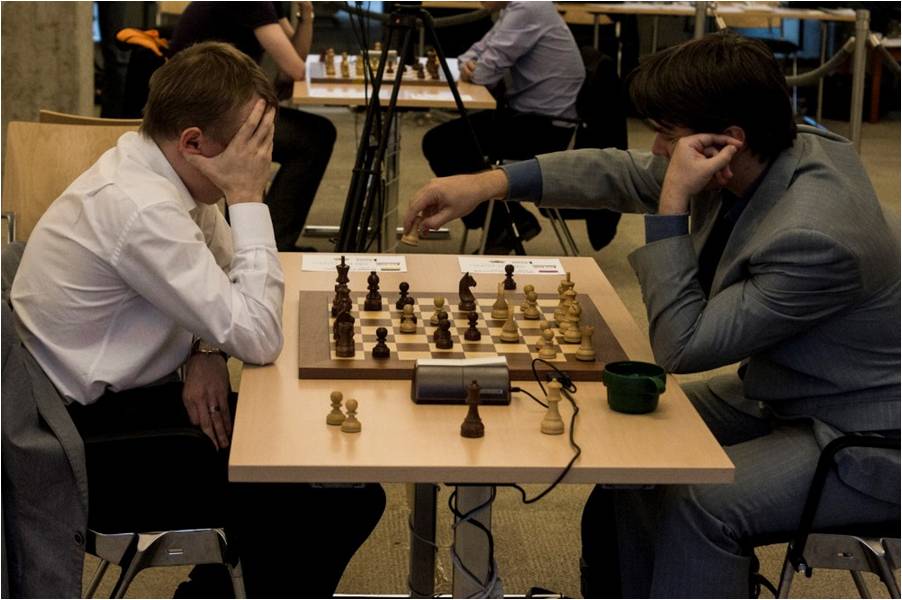 Now the position detonates with a bang!

A terrific battle! Moro was a bit unlucky, but Ruslan was the deserved winner of this knockout. Along with Ponomariov other experienced campaigners, Svidler, Grischuk, and Mamedyarov moved to the second round. Among the younger lot Nepomniachtchi impressed with his daredevilry in the game with Moiseenko. Their first game was drawn. 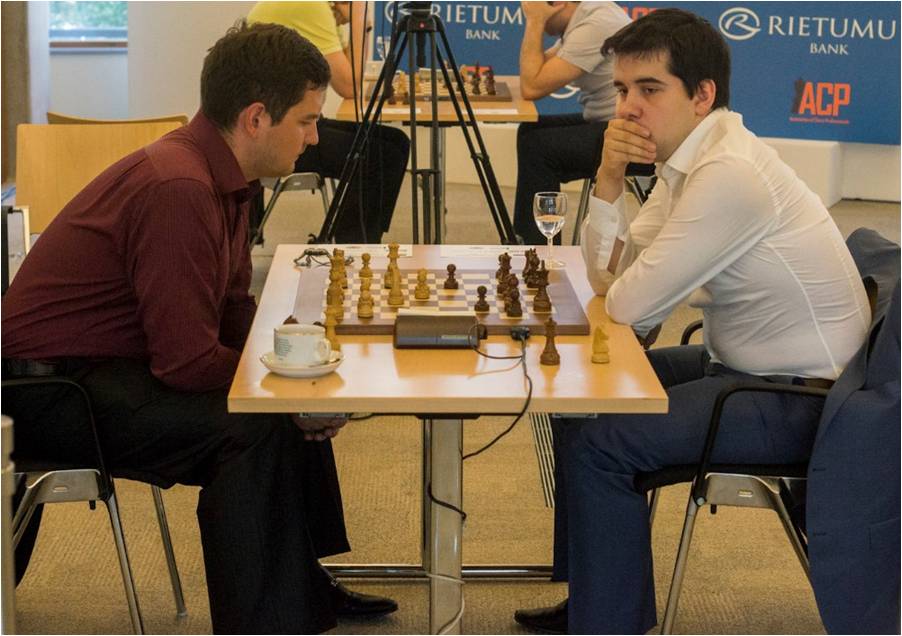 (“Shall I take him down in this game or the next?” As it turned out, it was the next.)

The second game was not without adventures.

A mind-boggling game that I have refrained from annotating for now.

The remaining rounds led to a nail-biting finish.

The rest of the story, next time.

1)The image of Mikhail Tal is taken from ChessPro.ru

2)The images are by the talented photographer, Lennart Ootes who also took care of the official site.

Dear chess friend,
Thanks for the comment.
Much else happened in the first round.
It’s covered in the ChessBase Report:
http://www.chessbase.com/Home/TabId/211/PostId/4011156/acp-01-no-surprises-140913.aspx
You, of course know.
Others may have a look.

Very good summary of the event, I like the pictures, looks kind of like chessbase report, very professional work! Keep it rolling! 😛