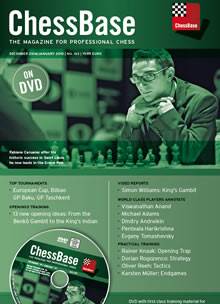 Italian talent Fabiano Caruana is a spoilsport. Right after crowning of Carlsen as world champion he set out to remind everyone that the chess world was a republic and not a monarchy. He did it by beating the new ruler time and again. As is known, Fabiano has a healthy disrespect for authority, but on occasion the enfant terrible goes too far. Early this year he beat Gelfand in Wijk aan Zee and in his annotations to the game commented, tongue in cheek, “Boris has been playing the Sveshnikov a lot recently, but for this game he returned to his old love the Najdorf; no doubt inspired by my recent games.” (Caruana was probably alluding to his own loss to Topalov with White in Zug Grand Prix 2013)

Boris was not amused. He was playing the Najdorf before Caruana was born and this cheeky lad here was saying, the inspiration came from him. Surely, such impudence deserved a lesson and he did not have to wait for long. The wonder boy and the veteran met in the recent Baku Grand Prix Tournament with both vying for top honours. And their individual encounter had all suspense and drama, with Boris repeating the same line he had lost before. 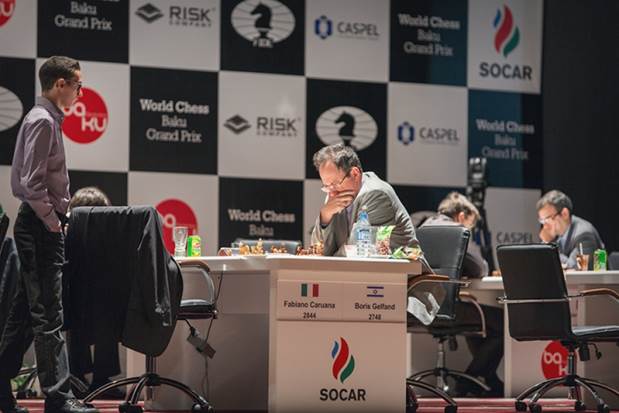 At first Fabiano met his rival’s determination with nonchalance, only to have his position rocked by a series of tactical blows. It was with some resourceful play that he earned a draw.

The enthralling encounter is annotated in this issue by grandmaster Kr. Szabo.

In Baku Caruana and Gelfand shared the first prize. But neither could keep pace in the Tashkent event that followed a week later. While Caruana could occupy the middle rung of the tournament table Gelfand shared the bottom place with Kasimdzhanov. It was Andreikin who came first with an unbeaten 7.0/11.

This brings me to the contents of the current issue. Apart from Baku and Tashkent Grand Prix events it also has commentary on games from Bilbao Grand Prix and European Union Cup 2014. The Bilbao Grand Prix, as is known, was won by Anand. The other competition was more interesting. The European Cup was a tough competition with 52 teams participating. The Azeri team SOCAR scored an unbeaten first followed by Novy Bor.

There are as many as 13 opening surveys ranging from the Sicilian to Staunton Gambit. Among them the analysis of 9…Ne8 line in King’s Indian (E98) deserves special mention. For quite some time this line has languished for want of attention. 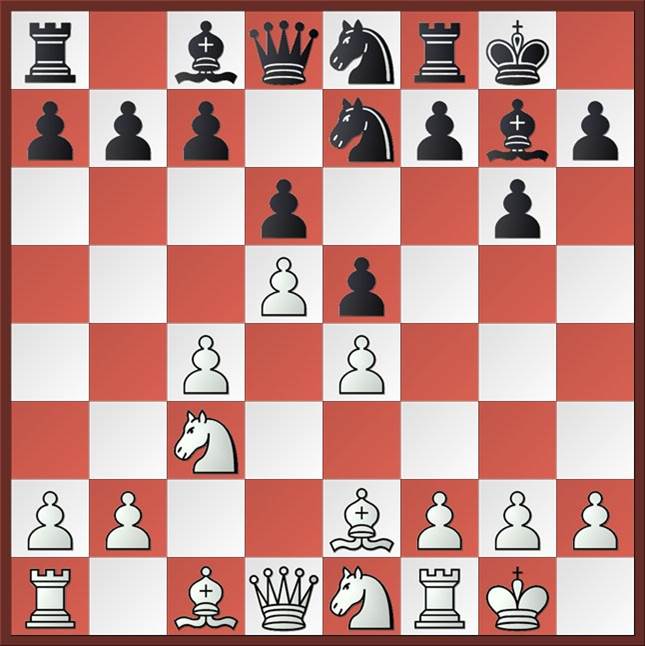 Kr. Szabo (yes, we are with him again!) makes a persuasive bid for reviving the whole line. Here is a critical game annotated by him.

(Again I have kept it easy and simple for readers not familiar with theory. I have also made a few suggestions for White)

A terrifying game in which Black’s attack played itself and the editorial verdict:

White is better, but Black wins.

In my view White should bring the knight early into play with 10.Nd3.

The issue also carries trademark sections with middle game strategy, tactics and endgame technique. For reasons of space I have not dealt with them here.

The Telechess Section has 10,000 CC games of which 33 are annotated by GMs Robert Alvarez and Juan Morgado. One would like to see coverage of high class events like the ICCF World Championship. Recently none other than Caruana revealed, he picks up his ideas from the gurus of correspondence chess. Need one say more?

The image of the Caruana-Gelfand Baku GP 2014 encounter is captured by Maria Emelianova and it is taken from ChessPro.ru.

More info. on this issue is available from ChessBase site.