ChessPublishing.com is a well-known site devoted to opening theory. This column deals with updates on recent developments from the site. Focus would be both on topical variations and rare lines that can be used in practice – Ed.

My friend, Max and I were looking at a recent update on ChessPublishing.com. What drew our attention was the Carlsen-Anand encounter in the World Blitz Championship 2016. The game lasted only 24 moves and Vishy capitulated. 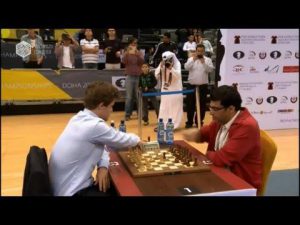 “He has been a world champion himself. How can he lose like that?” My friend wondered. “It’s blitz and anything can happen,” I reasoned. We spent quite some time with the annotations by Richard Palliser and also the ebook on the opening issued by the site, ChessPublishing.com. Finally, we reached a kind of consensus. Here is the game:

Anand erred in losing a tempo with 8…a6. More to the point was exchanging the bishops on g3 followed by…cxd4. Whichever way White recaptures on d4, Black comes up with…Qb6. This is a possible solution. If you are not a d4 d5 player, you can meet the London System with 1.d4 Nf6 2.Bf4 c5. This is an aggressive line and you would get some material from ChessPublishing.com 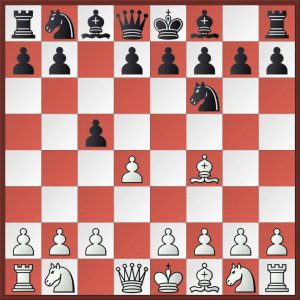 We also had a look at the update on Sicilian Najdorf by Richard Palliser. Here we found a remarkable rapid contest, important from the point of theory:

What can one say about the opening? Conventional wisdom has it that Black should attack on the queenside and White on the kingside. In this 6.Be3 Variation it’s the other way round. In the game here Black does it so well that the White monarch does not know where to turn. Probably 6.f3 Variation is a better way of playing this English Attack against Najdorf Sicilian than the 6.Be3 line that we saw.

Both are worth a look.

For more info. on these updates, you may visit the site itself.