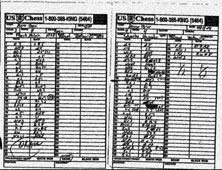 There is nothing more challenging and rewarding to test your skills than a chess tournament. Chess tournaments are held everywhere for children and adults at all ages and levels.

If you have never played in a chess tournament before, it is best to start with a beginner level tournament, then work your way up to more advanced tournaments.

Beginner and scholastic tournaments are a great way to introduce children and new players to tournament chess. The atmosphere is generally supportive and nurturing, and players can test their chess ability, make new friends, and learn good sportsmanship. Advanced and rated tournaments are for players who are more serious about chess. The atmosphere is more formal and intense, and the competition is very strong.

Most chess tournaments today are organized using a Swiss system format. This means that each player is paired with another player having the same win/loss record. All players play the same number of games, and a player is never knocked out or eliminated from the tournament. A player may lose their first game, then come back and win the rest of their games and still get a prize. This makes chess tournaments more fun and interesting for all players.

In beginner tournaments, players usually hide pawns to select color. One player hides a white pawn in one hand and a black pawn in the other hand. The other player then picks a hand and takes whatever color is in that hand. In advanced tournaments, you are told what color you will play in each game.

Beginners usually do not play touch move, they play untouch move. Advanced players always play touch move. Touch move means if you touch a piece, you must move that piece. This is too formal for beginners. Untouch move means when you move a piece, your move is not over until you take your hand off your piece. If you change your mind, you can take back your move. The opponent cannot move, though, until you let go of your piece, so you must let go to end your move. If you do take back a move, be sure to put your piece back on the same square from which it came. If you put it back on a different square, then that will become your move.

Beginners usually do not use chess clocks. Chess clocks add pressure to the game. Beginner tournaments are supposed to be challenging, but not stressful. Most beginners will complete their games within half an hour without a chess clock. Any games not completed in that time are decided by a tournament director. This is done by counting the points remaining for each player. A player who is five or more points ahead gets a win, and a player who is five or more points behind gets a loss. If there is less than five points difference, then the game is a draw. In advanced tournaments, any games that are not completed in time for the next round are adjourned and then completed later.

During a game, if the players have any questions, problems or disagreements, they should stop playing and ask for help from a tournament director. A tournament director will help settle any disputes and get your game started again. In resolving disputes, the tournament director should only talk to the two players, not to any friends, parents or bystanders. Make sure both players agree on the settlement before restarting the game.

Everyone who plays should practice good sportsmanship, which means shaking hands before and after every game, playing legally, and being fair and honest in settling any disputes. Everyone wants to win, but it is okay to lose, too. Even the world’s champion loses chess games. When you lose, you learn. You should always do your best, which means you should try to win, but you should also have fun while you are playing.

I often lose due to touching a wrong piece. The touch move rule is unfair and should be switched to untouch move around the globe.

The idea of [i]untouch[/i]moves is rather interesting one. But, I believe that touch moves organize and discipline a chess player better since they are forced to visualize and calculate variations in the head more carefully. Also it will help to eliminate “compulsory” moves. Therefore players should try to move on to using touch moves earlier in the chess careers. 😆

We host tournaments for our young beginner students. I agree that these are vital for a chess program. We currently teach chess in three local schools. I never considered untouch move, but must say that the kids (even the young ones) get the hang of touch move quickly. I explain that if they touch the piece they have to move it, but if they don’t let go they can move it to another square.

Thank you for your article! You’ve given me a few ideas!