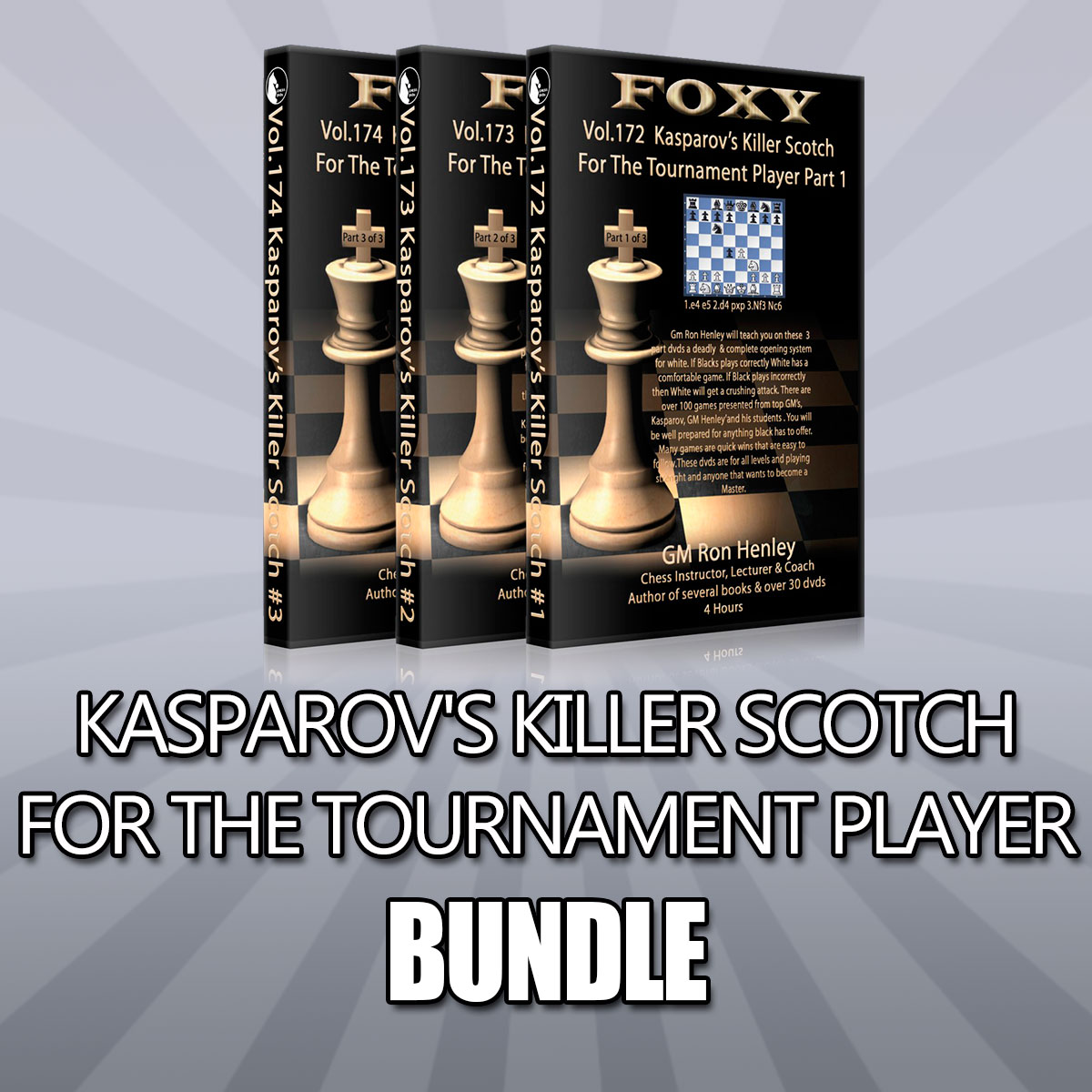 With so many “bore draws” resulting from the Berlin Endgame (Ruy Lopez/Spanish), the attacking player needs a different option. Introducing the Scotch (1.e4 e5 2.Nf3 Nc6 3.d4!) – the opening resurrected by Garry Kasparov with devastating effect in his World Championship against Karpov.

With so many “bore draws” resulting from the Berlin Endgame (Ruy Lopez/Spanish), the attacking player needs a different option. Introducing the Scotch (1.e4 e5 2.Nf3 Nc6 3.d4!) – the opening resurrected by Garry Kasparov with devastating effect in his World Championship against Karpov.

The Scotch, arguably White’s strongest option against 1…e5, was somehow ignored at the top level for nearly 100 years. But, when Kasparov discovered what everyone else had missed, the hidden venom soon became apparent and the Scotch, once again, became a deadly attacking weapon.

Now the secrets of the Scotch are laid bare in this 12-hour collection from GM Ron Henley.

Conveniently organized into 3 parts, Kasparov’s Killer Scotch for the Tournament Player, enables you to build up your understanding of this opening in the shortest amount of time by:

GM Ron Henley spent months researching and organizing this material and it shows. The end result is a perfectly devised opening course, patiently explained, instructive and made easy to remember with a ton of model examples from Grandmaster play.

In the rare case, your opponent has studied this opening as much as you, you’ll have a comfortable position with attacking chances that’s nice to play. If they haven’t, you’ll steamroller them off the board!

Kasparov’s Killer Scotch to your repertoire and enjoy big advantages early on; open, attacking games and have a ton of fun too!