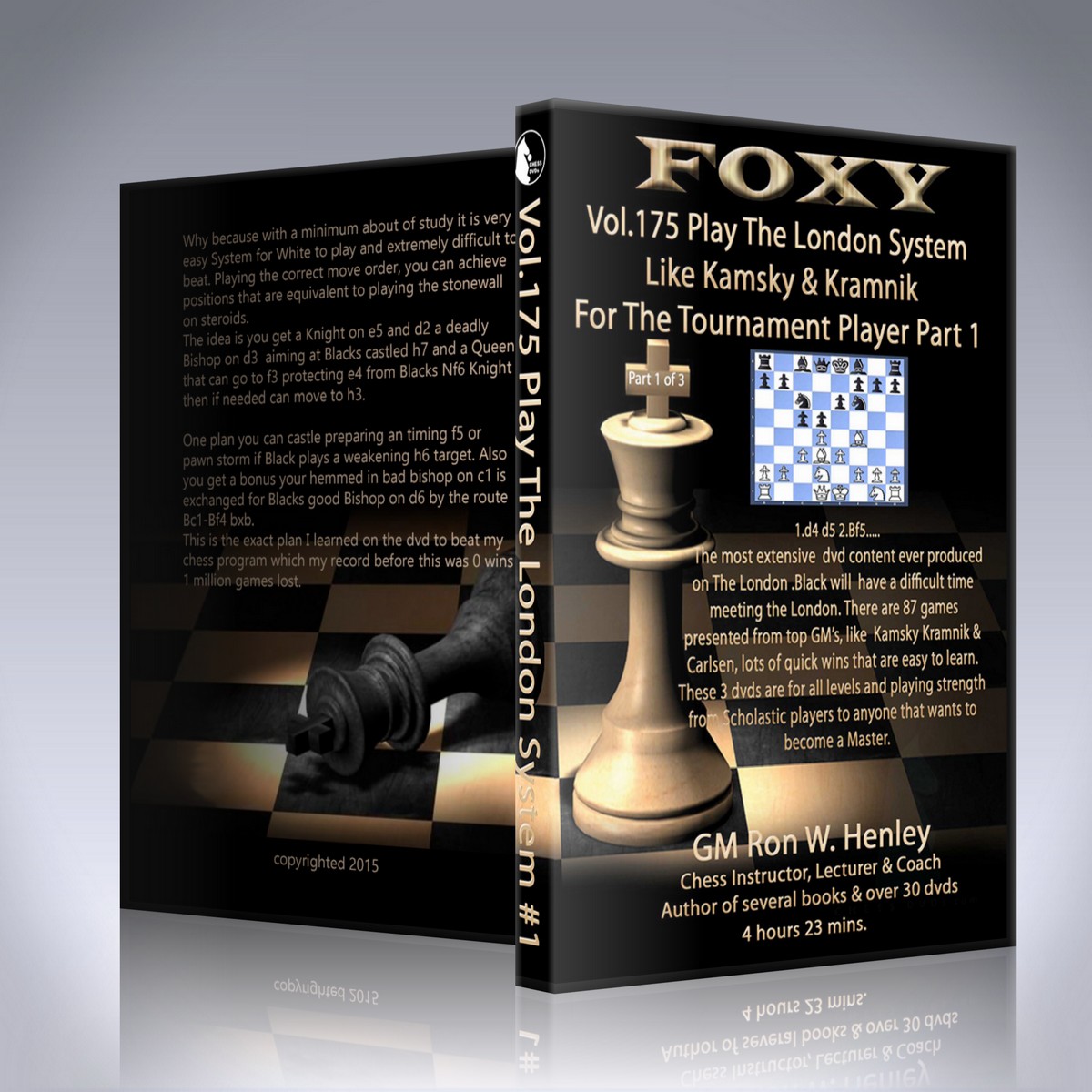 To make matters worst my opponent told me he just had brain surgery and started playing chess to help improve his memory. We finally settled on a draw I know I exhausted countless hours on this game and never made a dent. I now feel vindicated watching scores of GM’s go downplaying against London. The 3 DVDs contain 13 hours of content that give you a complete 1.d4 d5 system. You don’t need to learn all 13 hours to play London but it is always good to have a reference to go to if you encounter unfamiliar Black responses.