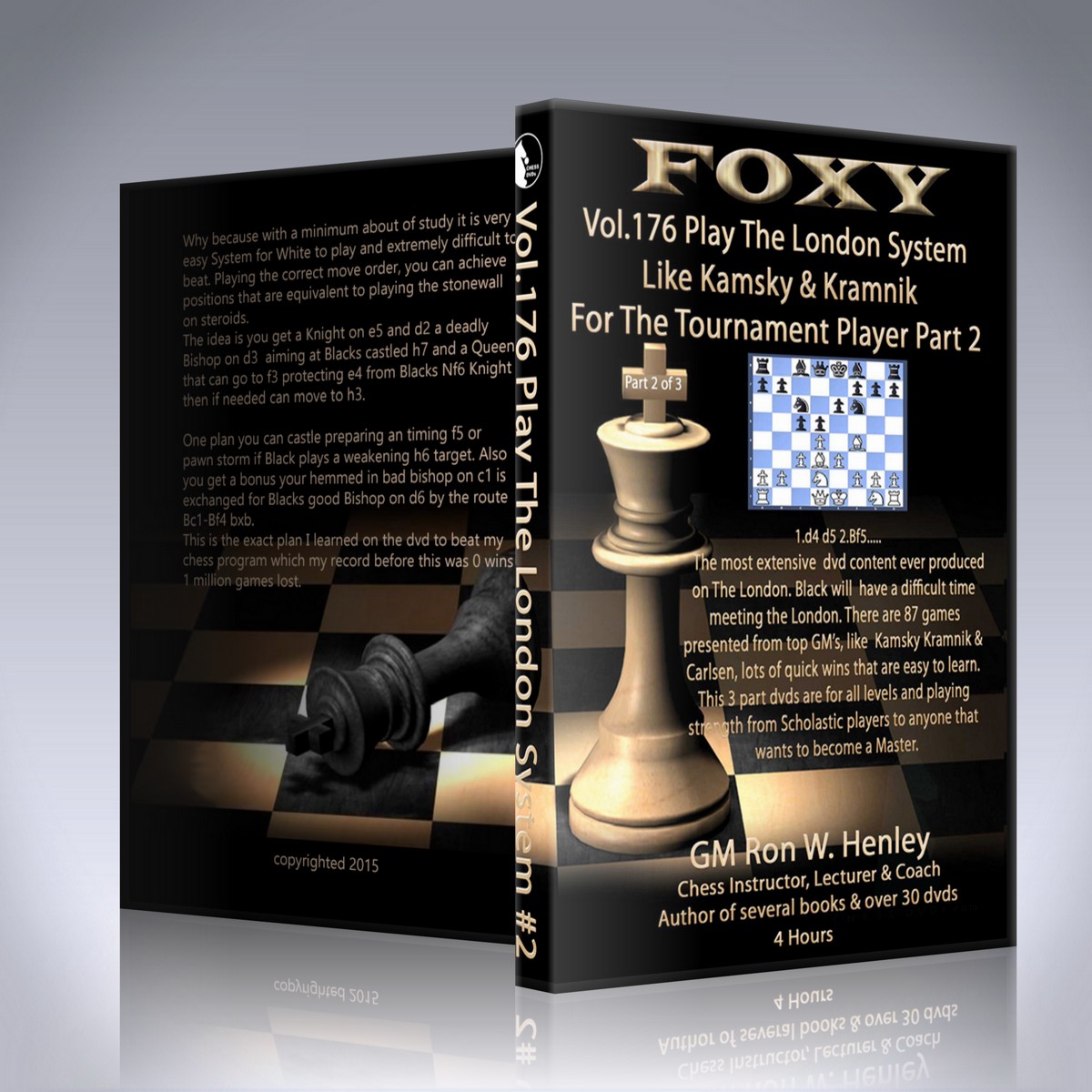 To make matters worst my opponent told me he just had brain surgery and started playing chess to help improve his memory. We finally settled on a draw I know I exhausted countless hours on this game and never made a dent. I now feel vindicated watching scores of GM’s go downplaying against the London.

The 3 DVDs contain 13 hours of content that give you a complete 1.d4 d5 system. You don’t need to learn all 13 hours to play the London but it is always good to have a reference to go to if you encounter unfamiliar Black responses.

The most extensive DVD content ever produced in The London. Black will have a difficult time meeting the London. There are 87 games presented from top GM’s, like Kamsky Kramnik & Carlsen, lots of quick wins that are easy to learn.

This 3 part DVDs are for all levels and playing strength from Scholastic players to anyone that wants to become a Master. This is the most extensive Dvd content ever produced in The London. Learn how to Play like GM Kamsky, Kramnik, and even World Champion Magnus Carlsen.