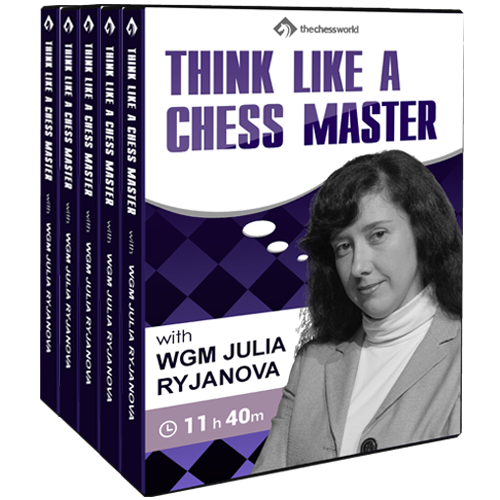 To help you understand how those top-level players think and decipher chess, we bring to you WGM Julia Ryjanova’s latest course Think like a Chess Master. A massive 11.5+ hour video training that covers everything from Tree of Analysis to Order of Moves to Non-typical trading, almost every possible aspect of chess that separates a top-level GM from an 1800-rated player.

Don’t those hard-to-fathom moves feel magical when they suddenly end up getting the player a huge endgame advantage?

And his opponent almost lost – left figuring where he went wrong?

The truth is, it might not be magic after all. But they do think differently. Like several layers deeper than you do.

No, it’s not about how many moves they can calculate. But it’s more like they are asking the RIGHT questions… which a lower-rated player usually misses.

To help you understand how those top-level players think and decipher chess, we bring to you WGM Julia Ryjanova’s latest course Think like a Chess Master…

A massive 11.5+ hour video training that covers everything from Tree of Analysis to Order of Moves to Non-typical trading, almost every possible aspect of chess that separates a top-level GM from an 1800-rated player.

This training is by a top-level player who has been ranked FIDE’s top 50 highest-rated female chess players in the world during the early 2000s.

So, you are in good hands.

is a Russian and Australian Woman Grandmaster. Julia started playing chess at 5. She was a ranked top 50 from 1999-2004, and ranked #35 in 2003. WGM Ryjanova has won a bronze medal in Russian Women’s Championship in 2000. Since 2003 she works as a full time chess coach in Qatar and Australia. Six students in Quatar got international titles: 3 WFM and 3 WCM. Four students in Australia became the Australian Champions in their age groups in 2017-2019. The best result in the World Championship – Angela Feng came 5th in 2019 World Cadet Chess Championships U10 Girls in Weifang, China.

★★★★★
Tom B. (Jul 29, 2021)
Good course, high quality of material, great explanation. WGM Julia Ryjanova really teaches the material rather than just going over games. Plus points for that. Geared towards advanced club players.

Yury (Jul 29, 2021)
Thanks for your feedback! Seems like you enjoying the course, what can we do better to earn 5 stars?
Add a review 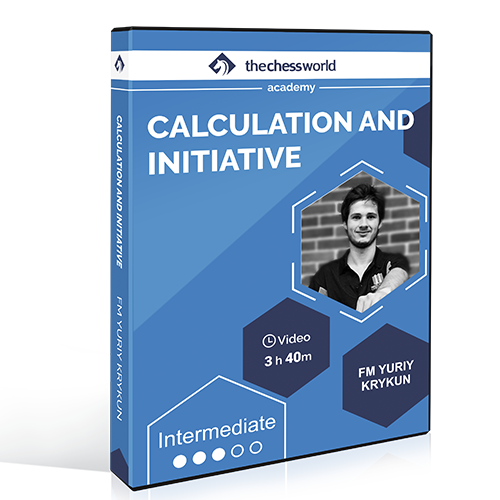 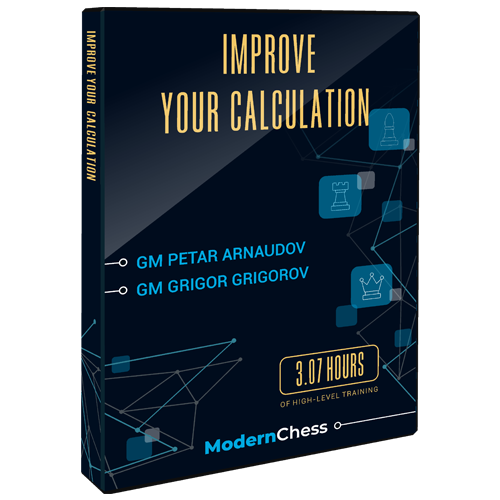 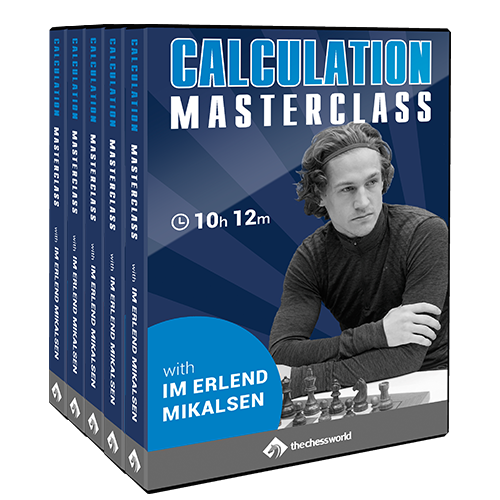 TheChessWorld
Calculation Masterclass with IM Erlend Mikalsen
$129.00
We use cookies on our website to give you the most relevant experience by remembering your preferences and repeat visits. By clicking “Accept”, you consent to the use of ALL the cookies.
Cookie SettingsAccept
Manage consent