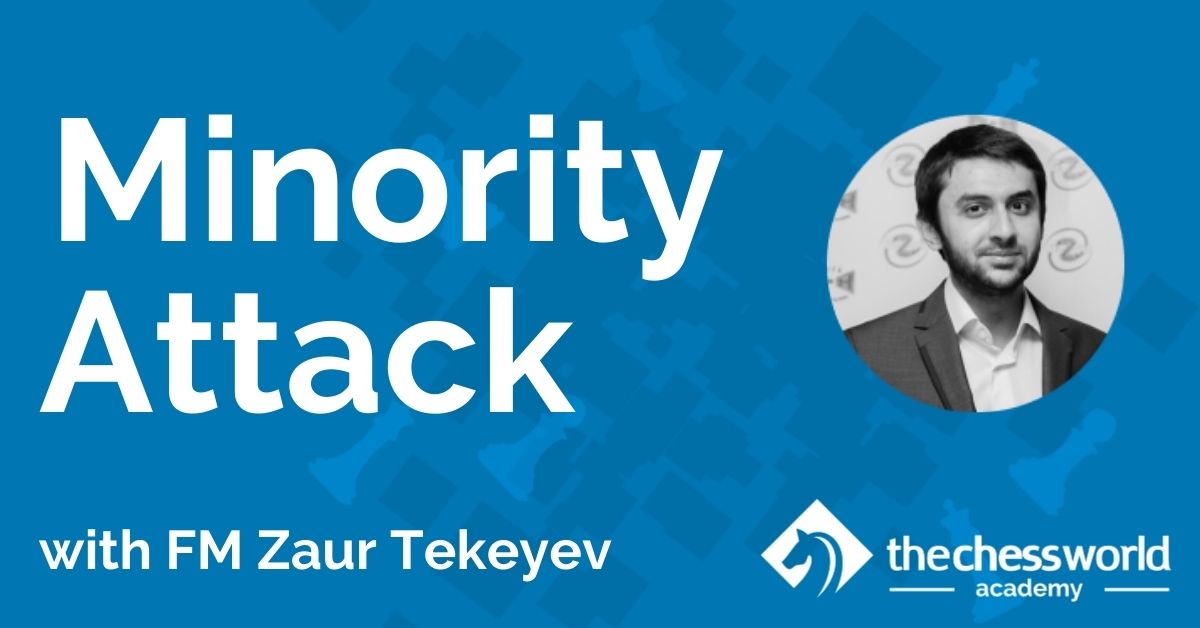 Have you ever found yourself in middlegame positions with no idea of what to do next? Are you tired of having to play dull, boring games with way too many piece trades?

If so, TCW Academy introduces an exciting new course on the Minority Attack with FM Zaur Tekeyev. This course will push you to force pleasant positions for yourself while simultaneously developing weaknesses for your opponent.

Though commonly played after a standard Queen’s Gambit Accepted, the ideas within this course can be transferred to all of your games, making you a more positionally advanced player! So, no matter what opening you play as White, this course can help you find and exploit your opponent’s weaknesses to win the game.

Unlike other video series courses, this one will expertly take you step-by-step on how to develop minority attacks in your own games through a comprehensive review of both common and rare counters.

We know that planning and attacking successfully can be the most difficult parts about playing chess. That’s why we present to you FM Tekeyev’s amazing review of The Minority Attack in his latest course.

What’s Minoirity Attack is all about?

If you are looking for a new way to take Black out of his/her comfort zone, don’t hesitate to learn from FM Tekeyev’s masterful series describing how you can implement The Minority Attack in your chess repertoire.

From outstanding game reviews between super GMs to deep analyses of variations, you will be more than ready to surprise your opponent and claim a thrilling victory!

minority attack isn’t an opening, but rather a strategy.. am I right?

Yes it is a strategy and can be used from many different openings. However, the most common setup (and the one mainly discussed by FM Tekeyev) spawns from the Queen’s Gambit Accepted for White.

Definitely try to find ways to integrate this attack into your chess! It can help you gain more comfortable middlegame positions.

Got it, apparently I still remember some chess