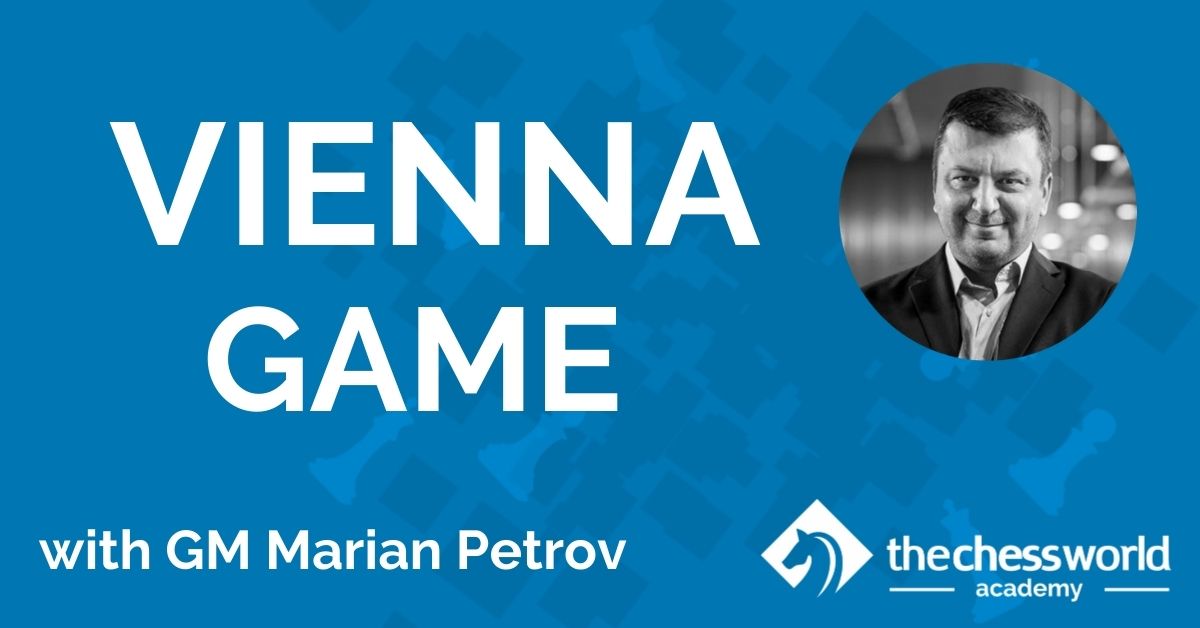 Ask any chess beginner rated around 1400-1600… and they will tell you what’s on top of their mind.

It’s almost always along these lines:

“How to find the best moves in a position?”

“How to visualize the chess board better?”

And more often than not…

“Which opening to study?”

The real issue here is, they are not absolute beginners anymore—they have crossed that initial threshold.

They are decent at solving chess puzzles. They know the basics of an opening strategy. They know it’s about getting your king to safety as fast as possible and fighting for the center.

They cannot handle the sophistication and complication of a hypermodern opening as of yet. Yet they have graduated from the simple 1. e4 e5 2. Nf3 lines as well.

Whew! Even the excitement of the King’s Gambit wore off as they learned the positional drawbacks of the opening.

For these serious learners, it’s time to master the Vienna Game—not too positional to leave you tearing your hair out yet… not too “open-and-shut” to not lead to easy piece exchanges and a draw within 20 moves!

The Vienna Game is the BEST opening that one should learn after understanding the basic principles of chess.

It results in open, tactical positions where you can apply your tactical acumen in a real game.

It does not bore you into maneuvering your pieces for the next 40 moves… but enough to bolster your strategic knowledge that you learned so far.

It is not crazy like the Irish Gambit but still interesting for someone who can still be considered a chess beginner.

And to make it even more interesting…

GM Marian Petrov brings to you this awesome 3-hour video compilation where he goes over both the sharp Vienna Gambit (starting with 3.f4) and other docile variations (3. g3 and 3. Bc4).

Petrov goes deep into the question “What if?” and “What next?” demonstrating the usefulness of his explanations with real-world examples from high-level games.

Throwing new light on this beautiful opening from the romantic era of chess, this course can render a perfect introduction into the Vienna Game to you.

If you have already passed the absolute beginner level in chess… where you know how the pieces move, how to deploy a fork, mate the enemy king with a 1-2 boxing combination…

You will love learning the Vienna Game.

It leads to sharp, dynamic positions yet forces you to think strategically.

It not only helps to practice your existing chess skills but also prepare the right foundation to graduate on to tougher openings like the Catalan.

And guess what, it’s sheer fun to play! Want to have fun? Play the Vienna Game next time.