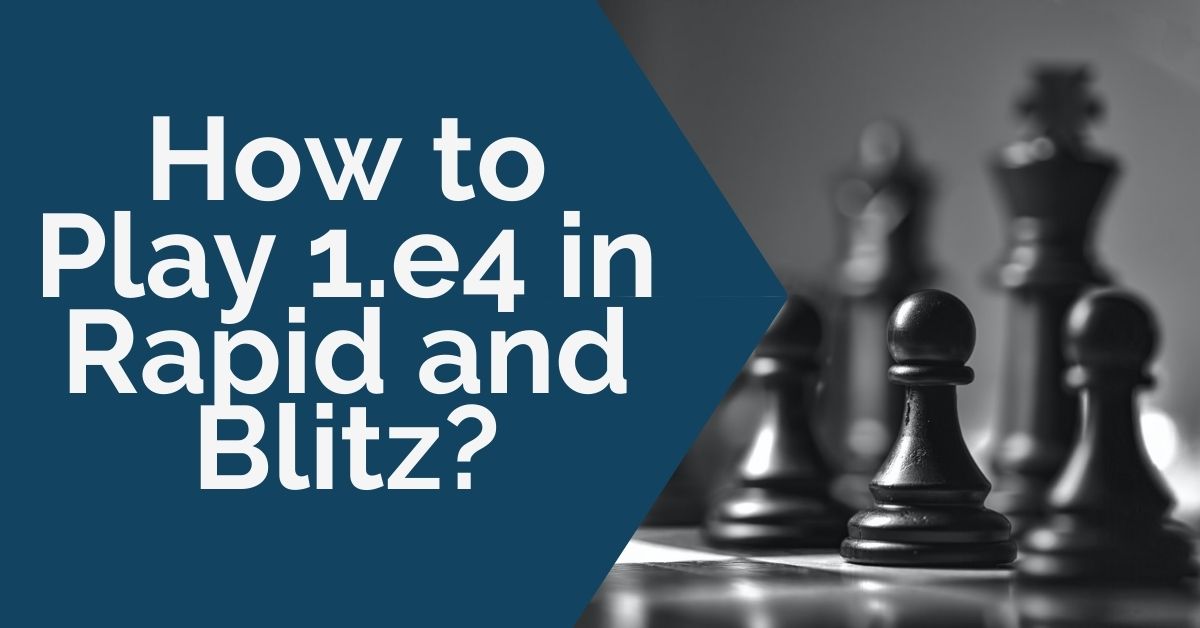 When you are playing a rapid or a blitz game, the idea should be to put pressure on your opponent, both in the position and on his clock!

That means while you are expected to play the best move in a classical game, you are better off playing a more complex line that amplifies the likelihood of your opponent making a mistake and committing an error—where the game is highly probable to go in your favor.

Bobby Fischer said that 1.e4 is the best by test, and if you are playing White in a rapid or a blitz game, it is probably the most preferred opening to go with.

In this article, we are going to look at how to tackle some of Black’s tricky replies to this opening.

First off, after Black responds with 1.e5, which knight should you start off with? The king’s knight is often the best because of its immediate attack on Black’s unprotected e5-pawn.

What if Black goes for the Elephant Gambit?

If Black goes for 2…d5, White should capture it with 3.exd5. At this point, Black usually plays 3…Bd3. White should respond with 4.d4 and if Black pushes the e-pawn forward, 5.Ne5 gives White a significant advantage. 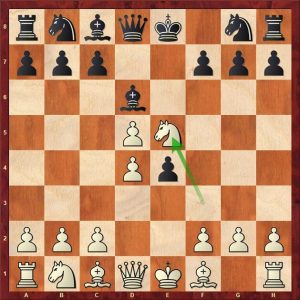 What if Black goes for the Latvian Gambit?

This is when Black goes for 2.f5—this move instantly gives White a huge advantage. However, White must know what it is doing.

The right way to advance is to take Black’s e5 pawn with the knight on f3. We reach the position below which the engine gives an advantage of 1.5+. 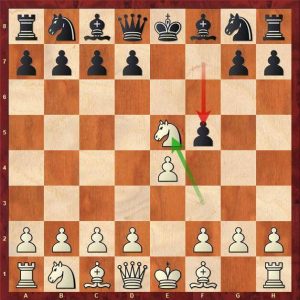 What if Black goes for the Philidor Defense?

Arising from the Philidor Defense, we have a few other variations, and we will take a look at them one by one.

First off, White’s response to Black’s 2…d6 should be 3.d4. It immediately challenges Black’s pawn chain and prepares for a sharp, dynamic position.

Black can choose the Exchange Variation and captures the d-pawn with 3…exd4. Black aims to get his dark-square bishop to e7, his king’s knight to f6, and castle on the kingside.

White’s plan should be to capture back Black’s d-pawn first, followed by Nc6, and get those two bishops out in the right order and castle long.

This should be the ending position. (Not super-advantageous for White but still gives him better play.) 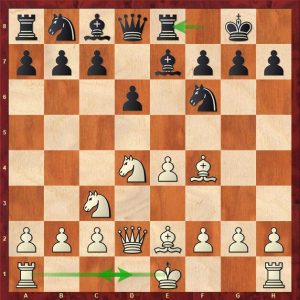 If Black does not capture White’s d4-pawn and instead proceeds with 3…Nf6, it is advisable to grab the e5-pawn right away putting pressure on the knight. And if Black, in turn, captures our e4-pawn, then 5.Qd5 is a strong move for White.

(Any move by Black here except 5…Nc5 and it can end up giving White a significant advantage, almost a winning one.) 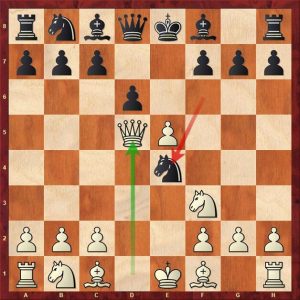 If Black goes for the Hanham Variation of the Philidor Defense with 3…Nd7, White’s chances to win are improved, provided White keeps up his precise play and grabs the initiative. 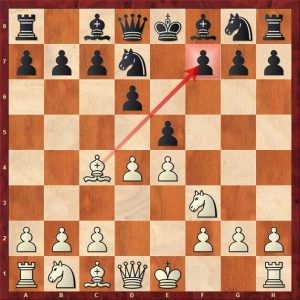 If Black starts with the Pirc Defense, that is, with 1…d6 followed up a pawn on e5 and a knight on f6, White can first protect his e4-pawn with 3.Nc3 and then transpose to the Philidor Defense with 4.Nf3. Black usually responds with 4…Nbd7 called the Lion Variation.

An idea that has been trending in recent times is to play 5.Rg1 that instantly threatens g4-g5 and this can put a lot of pressure on the Black’s kingside, often leading to a devastating attack. 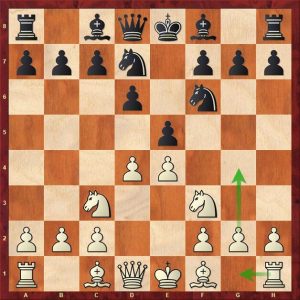 What if Black goes for the Petrov Defense?

In the case of Black’s 2…Nf6 in response to 2.Nf3, White should always keep up with 3.Nc3, which is the Three Knights Game.

Black’s usual responses are 3…Bb4 and 3…Nc6. With 3…Bb4, White can simply capture Black’s e5-pawn and get the knight back to d3 or precede it with Be2. Black will exchange his bishop for White’s knight on c3 and capture White’s e4-pawn. However, with double bishops, White ends up with an advantage in this variation.

If Black instead goes for the Four Knights Game, White’s best option is to go for the Spanish Variation with 4.Bb5. While Black’s best move is 4…Nd4, Black usually goes with 4…Bb4, 4…Bc5 or 4…Bd6.

If Black goes for 4…Bd6, it can get risky for him with White following up with 5.d3 a6 6.Ba4 h6 7.a3 – a waiting move! Once Black castles on the kingside, White can hit him with 8.g4. With an open file on the kingside and two bishops eyeing on the Black king, this position is ripe for action. 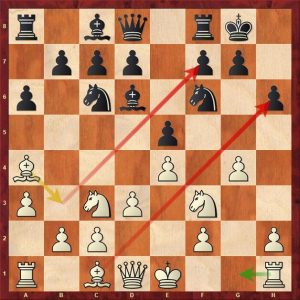 Black’s 4…Bb4 is not wrong unless it is followed by 5…d6, a very common mistake by low-level players. White’s 6.Nd5 straightaway creates an advantage for White.

If Black castles short on the fifth move, White can go with 6.d3 followed by Bg5 pinning the knight against the Black queen…or, he can also try exchanging the bishop for the knight on c6—it is not that common but it gives White a lot of play if done right. 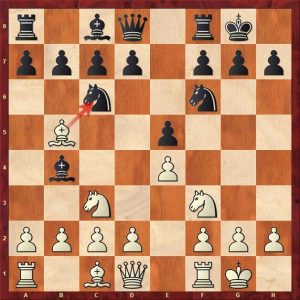 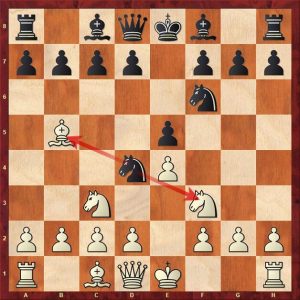 White can play 5.Bc4 if he is playing against a weaker opponent and does not want to go for a draw. 5.0-0 is nice and solid, and most commonly played in this position. 5.Nxe5 is playable only when White knows what he is doing. It often leads to a sharp position.

Depending on what White plays, Black can take on the knight or the bishop. If Black captures the bishop and White recaptures with Nxb5, then Black usually follows up with a quick c6 and gains a tempo.

If Black captures the knight on f3, White can take with the queen or the g-pawn. If 6.gxf3, it can open the g-file for king’s rook—Bacrot played this once in a game and Black survived for the next 19 moves only.

What if Black plays the Sicilian Defense?

The Sicilian Defense is theoretically rich, extremely complicated, and leads to razor-edged, aggressive positions with lots of attacking chances for Black—which means when your opponent plays the Sicilian Defense during a rapid or a blitz game, he is letting you a taste of your own potion.

The only way out is to know your lines beforehand so that you can turn the tables on him. How? Here are a few to start with.

First off, start with 2.Nc3 and then follow up with 3.Nf3 (in most cases). It will lead to interesting positions and will also keep your opponent on his toes. So, after 2.Nc3…

If Black goes for 2.Nc6 followed by e5, White should develop its light-square bishop to c4, followed up by d3. Black will usually develop his king’s bishop to e7, knight to f6, and castle on the kingside. If Black has already played 5.d6 before castling, 7.Ng5 is a great move to put pressure on the f7-pawn. 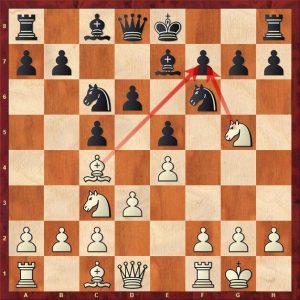 After Black castles short in the above position, White can play f2-f4—a dangerous line for Black where White can sacrifice an exchange and launch an attack on the kingside.

If, however, Black avoids playing the d6 move before Nf6, White has another idea up his sleeve – pushing the h-pawn forward. This was played in the Dubov vs Gelfand match in 2016 and gives a lot of attacking chances to White.

For 3…Nf6, White can push the e-pawn forward with an immediate attack on Black’s f6-knight. This line is not common and rather untested. In a game with faster time controls, this is a preferred line to go for.

If Black opts for a fianchettoed bishop on g7, White should develop its light-squared bishop on b5, putting pressure on Black’s c6-knight.

In the Sicilian Defense Pin Variation, White can go two ways, viz. g3-Bg2 or Bb5. This usually grabs the initiative for White and challenges Black right off the bat. 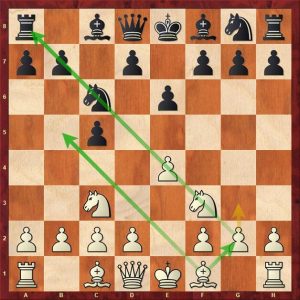 If Black develops his king’s knight to f6 to be tailed by Bg7, no need to worry. Just develop your pieces as usual, and keep the a4 square free for your queen after Black’s Nc6 attacking it. 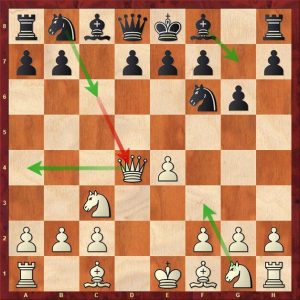 Here’s a novel idea: White should play 5.Bxc6 and counter with 6. d4 cxd4 7. Nxd4 after Black recaptures with his bishop.

This line does not create that much advantage for White but White’s position is easier to play than Black’s. 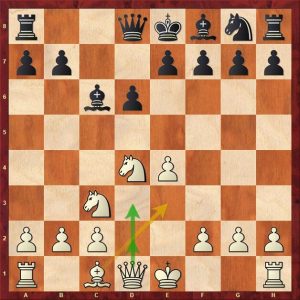 The mainline to the 1…c5 and 2…d6 line is 3…Nf6. To this, you can push the e-pawn, and after the pawn exchange, White has got two minor pieces developed compared to Black’s only one. Needless to say, it creates a slightly better advantage for Black nonetheless.

One line to remember though is when Black immediately plays 2…a6. do not play 3.Nf3 here! In this line, Black usually plays b5, fianchettoes his light-square bishop, followed by c5 and d5, supported by e6, challenging our e4-pawn. How should White play this position?

Black will usually try to threaten White’s c3-knight with b4 or d4, and White should IGNORE it and take on e6 instead. This will result in a highly aggressive position and Black will face many problems sooner than later. 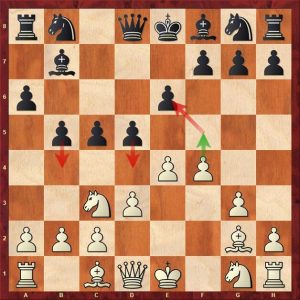 This is only scratching the surface though. There’s Caro-Kann, French, Dutch…and so on.

Do know that 1.e4 is the preferred opening for White in a rapid or a blitz game, and this article should get you a good head start—especially in the defenses and variations we discussed above.

Ready to take your rapid and blitz to the next level?

Get your hands on IM David Fitzsimons’ new and exclusive Complete Rapid & Blitz Repertoire for White course—where he renders a detailed analysis and commentary on Black’s every possible refute to White’s 1.e4 opening. 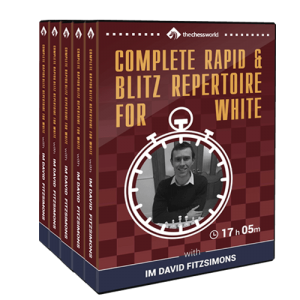