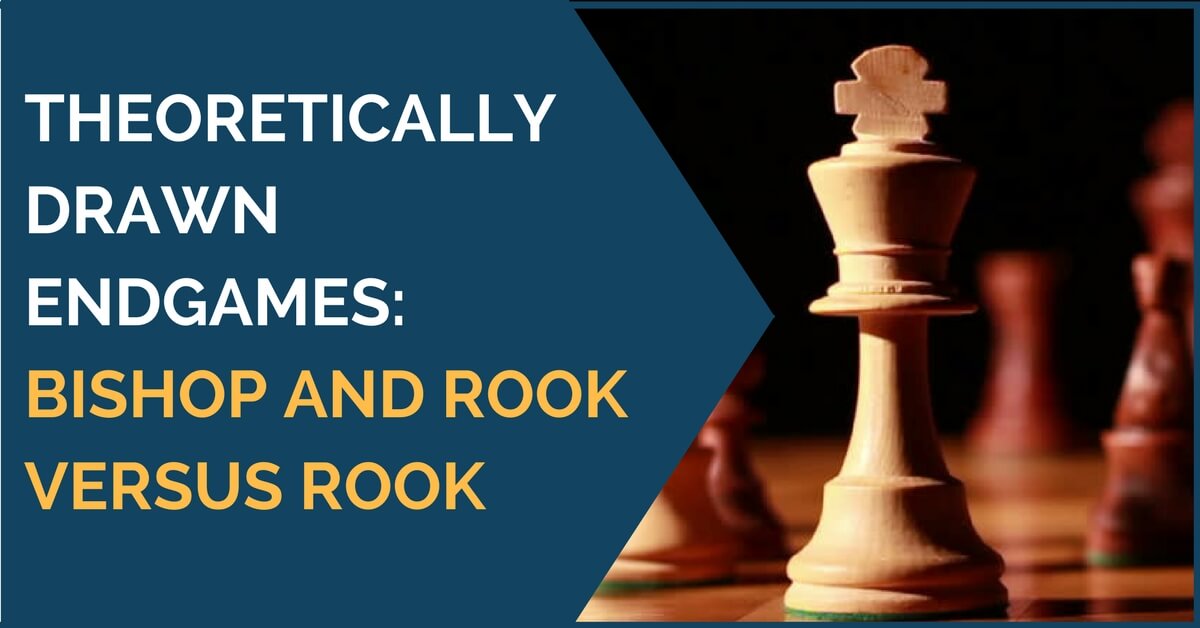 With the advance of technology and the improvement of the chess engines, more and more chess players have started to focus a lot on the opening and slightly disregard the other phases of the game, especially the endgame. While knowing your theory well is very important, you should find the right balance in your preparation as to include everything, from strategy to tactics to learning how to manage the theoretical endgames. One particular endgame that has been seen a lot in practice and has proved to be quite tricky even for the top players is the rook and bishop versus rook.

Chess manuals tell us that it is a theoretical draw, but if you haven’t studied it beforehand it won’t be easy to find the defense over the board. Even so, mistakes are often seen and the strong side ends up winning.

In this article, we are going to show you the defenses as well as the tricks you must be aware of when playing this endgame. The strong side’s chances of winning it increase if the opponent’s king has been forced to the edge of the board. Even so, achieving the draw is possible, but it requires increased attention.

We’re going to start with an important position for our study – Philidor’s position – where the strong side wins with an exact maneuver: 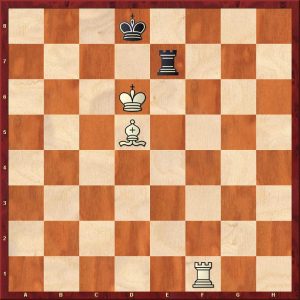 In this position, where white has managed to bring the black king on the 8th rank (it also applies for the a and h files) and the kings are in opposition, the result of the game is given by the side who has the move. If it is black to move, then he can make a draw by forcing the white king out of the opposition with 1…Rd7+. If the black rook is on a different square and this is not possible, then white is still winning. White’s winning maneuver is long and complicated, but it is important to remember the basic ideas:

Let’s see a recent game between two very strong players, the American Grandmaster Alexander Lenderman and top Spanish Grandmaster Francisco Vallejo where black was forced to get his king to the 8th rank, but he could have still held to a draw by keeping white from achieving the Philidor’s position:

Now that we have seen the dangers of this endgame, let’s see what the correct defenses are. In most cases when this endgame is reached both kings are central, so the first thing you should do when defending it is to not allow your opponent to push your king on one of the edges of the board. You can do this by applying the Cochrane Defense which is based on constantly pinning your opponent’s bishop in such way that his/her king will remain one rank or file away from yours:

The point of this idea is that the strong side won’t be allowed to make progress and reach the winning Philidor set-up. The Cochrane defense works very well on the central files and is rather easy to obtain when starting from a “normal” position.

When the endgame is entered in a more delicate position when the main defense is not achievable, you could try the second defensive method – the second-rank defense. This consists of placing the rook and the king on the second rank. When the king is forced to go on the edge of the board, the immediate offer of exchanging rooks allows the weak side to return to the previous position: 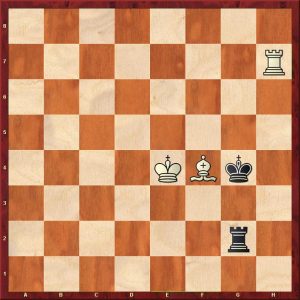 White still has a few tricks to try, for example:

Now that we have seen the defensive methods, let’s see one more game between two top Grandmasters, Magnus Carlsen and Peter Svidler. It is worth mentioning that this was a blitz game, which made it more difficult for black to keep the right defense: