Endgame Strategies or How to Win More Games? 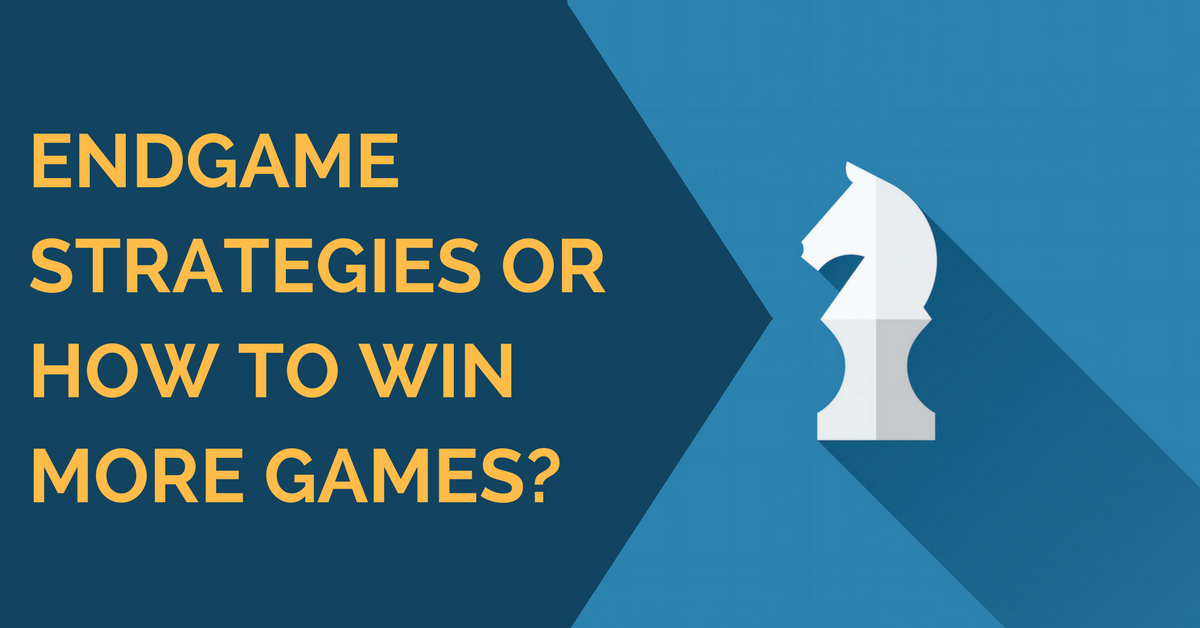 Today I will tell you how to win more chess games. Yes, it’s that simple, after reading today’s article you will have a pretty good picture in your head and will be able to fix something that you doing wrong in order to win or at least not to lose games.  The topic of today’s discussion is again: endgames. Are you excited? Well, you should be since you are the one who will play better after today and win games.

I have written many articles about endgames such as how to improve your endgame play, how to checkmate with a Knight and Bishop, Two Bishops or play Rook Endgames. This time the topic of our interest is very broad and will explain endgame strategies that can be applied to any type of endgames.

Okay, it is a time to start listing the winning endgame strategies. You maybe know some of them, but this list will organize them in your head.

–  If the position is open and there are pawns on both side of the board, Bishop is Stronger than a Knight.

– If the position is closed, Knight is better.

– If your opponent has more pawns then you, you want to have opposite color Bishop ending which has a high probability for a draw even when 2 pawns down (in some cases, not always)

Thanks for finally writing about >Endgame Strategies or How to
Win More Games?

Thanks for catching it, it’s fixed now. Good luck with the endgame play! 🙂

Interesting advice. I will try these in some of my games and see if I get better results.

And not to be rude, but the term is “passed pawn” rather than “past pawn”.