The Chess Experience For A Child 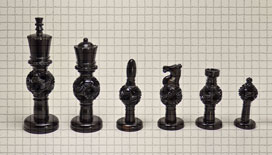 Imagine that you’re at your first chess tournament. The room is silent, except for the quiet breathing of the people around you. You study the sixty-four checkered squares in front of you. Glancing over at the chess clock you see you have plenty of time left in your game.

A move cries out to be made, but you bide your time and check for others. You know that a move made in haste could cost you dearly. After all, you’ve invested two hours in this game already. Finally, confident that your initial idea is sound, you reach out a hand and grasp your knight, hopping it to its intended destination. There is a gasp from behind you.

You hit your clock signaling your opponent’s turn. Only then do you steal a glance at him. He meets your eyes with a look that speaks defeat. You and he know it is just a matter of time before you win. He shakes his head, looking back down at the hopeless position.

You lean back in your chair and watch him study the board for possible flaws to your plan. There are none. You’ve considered all the variations and have a plan for each of his possible moves. You politely wait for him to reach the same conclusion.

You glance around at your spectators. Some recognize your opponent’s fate, while others are still puzzling over the position. Two older men whisper to each other and finally nod their heads in understanding. One winks at you in admiration before turning to observe a game with a less determined outcome.

The fact that you are only ten years old, playing in an adult tournament, might have intimidated some, but not you. No, you know that your dedicated study and eagerness to learn the game has paid off. You continue to improve each time you play.

At school your teachers have noticed a difference. They write glowing praises home to your parents on a regular basis now. You enjoy school more now, embracing the challenges of learning. You know that you can do whatever you put your mind to do and it shows in various aspects of your life.

Your opponent shakes his head, stops the clock and reaches out his hand to you, indicating that he resigns. You shake his hand, smile and offer to analyze the game with him, a ritual amongst players. He readily agrees.

He doesn’t care that you’re a third his age. He wants to analyze the game with you, because he wants to hear your thoughts. How many activities are there where an adult would be eager to hear the analysis of a child?

As you set up in the next room to go over the game you notice other adults have followed. They too want to hear what you have to say. There is no better feeling.

Leah, I’m so glad. That was my secret agenda. 🙂

Rohit, Yes! And they LOVE chess too!

Nicely written..I fully agree.. Chess at n early age can be a great benefactor for children. Builds all mental skills.

Great article! I could really picture the child in my mind’s eye as I read the story.

I don’t know how to play Chess but this makes me want to learn!

John, Thank you so much!

Vicki, GREAT! It will benefit them greatly.

Ive always wanted to play chess, I think I will make sure my child knows how!