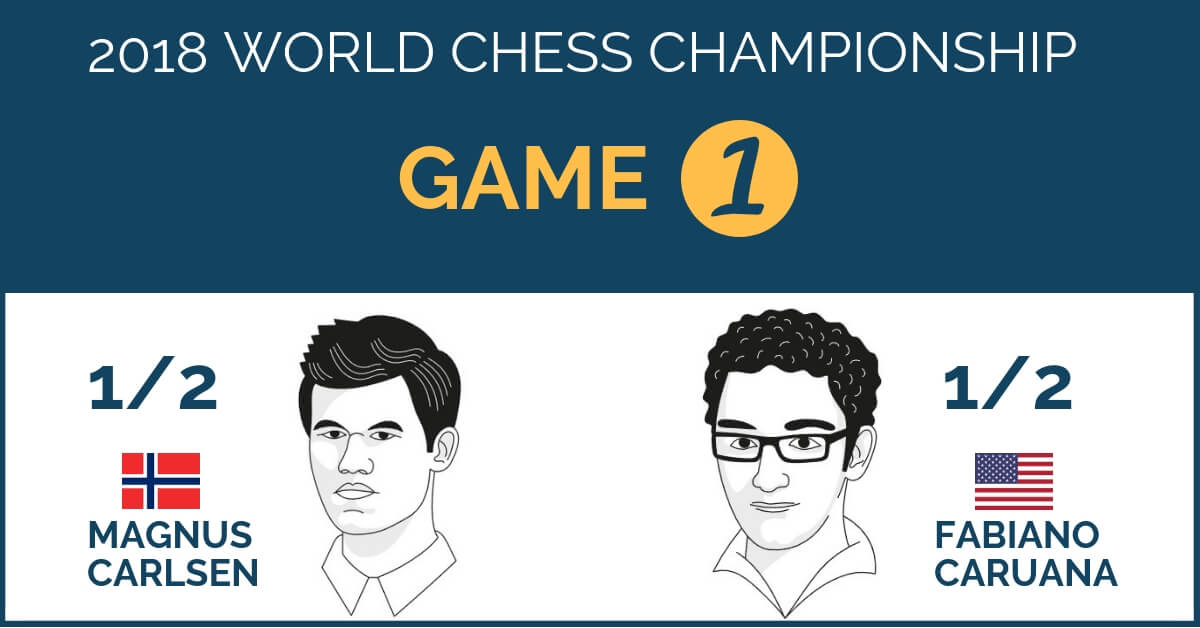 The Hollywood actor Woody Harrelson has made the first move of the match and he played 1.d4…

Caruana was amazed and asked can he take back the move!

It turned out later that this was a joke from the actor. Who would have predicted that the first game in this Match will be in Sicilian defense!?

Magnus Carlsen will rue his missing chances to win this game and have a great start of the match. He has played very well and had a winning position for a long time, but missed a few winning ideas and was forced to only make a draw. 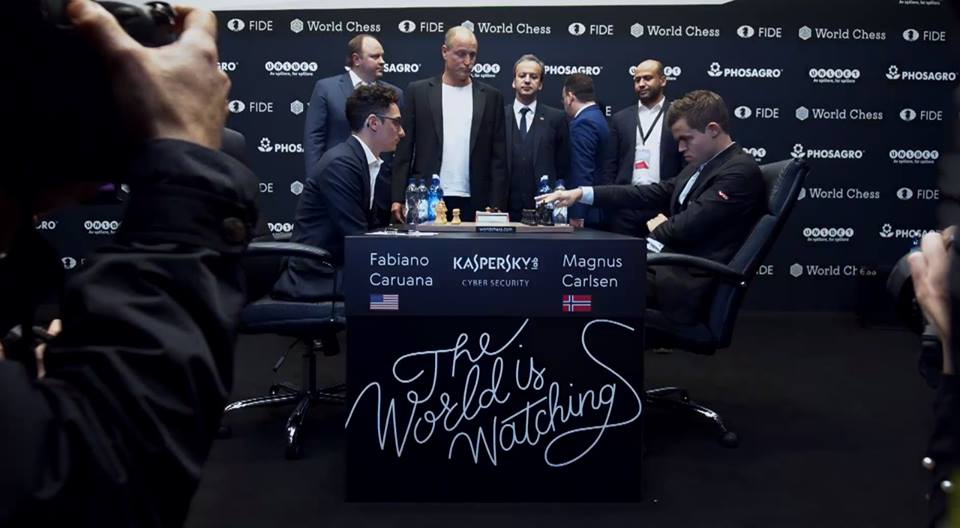 Gary Kasparov has said during the game:

“Magnus now is not as invincible as he used to be… If Magnus doesn’t win the game that tells you he has great difficulty controlling his nerves”.

Great escape for Caruana, who said after the game: “I was very fortunate to survive“. 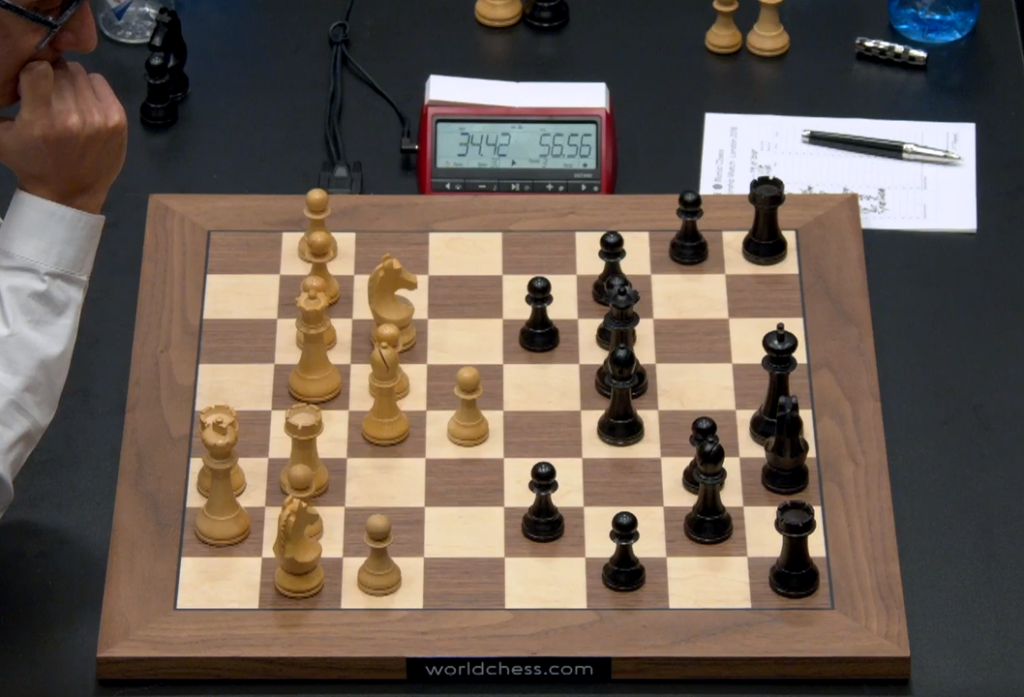 Carlsen said after the game:

“It started very well, I was better on time and had a better position.

I couldn’t quite find the knockout before the time trouble. I played a bit too cautiously I think. Suddenly he got a chance to break loose. Then it was quite drawish.

I tried to find a way to exchange in order to play for a win, but I couldn’t find it. Then I just moved around hoping to force a blunder, but I didn’t succeed.”

I thought I was winning. At that point, there were just a few technical difficulties, but then I wanted to win without allowing counterplay. But then I allowed it, and that wasn’t necessary. It was just as obvious to me as for computers that it was winning.”

“I was outplayed after the opening. It was a complicated position. Magnus started to outplay me. I think I was clearly losing, for a long time I was losing.

I think he missed Nh2 at the end of the time control. After that, I think I am defending the position. After that, it seems like it objectively should be a draw. There were many more hours of suffering, but in the end, I managed a draw.”