World Chess Championship 2018 – What You Need to Know? 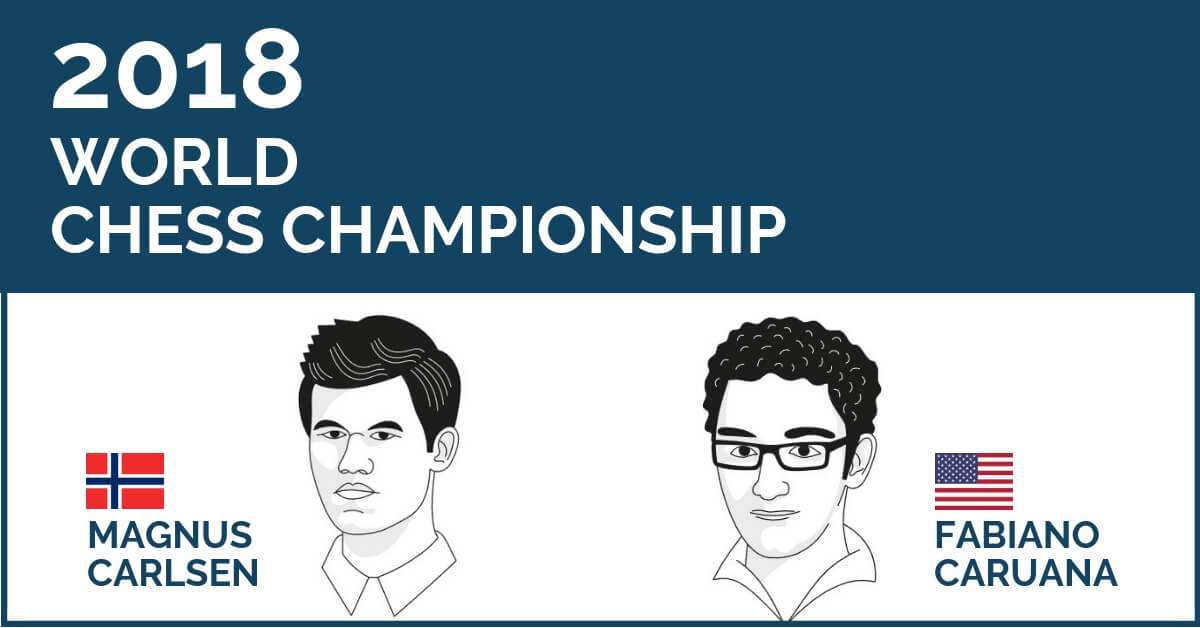 The World Chess Championship 2018 is an upcoming chess match between the reigning world champion since 2013 Magnus Carlsen and challenger Fabiano Caruana to determine the World Chess Champion. The 12-game match, organized by FIDE and its commercial partner Agon, will be played in London, at The College in Holborn, between 9 and 28 November 2018.

How was the challenger selected?

The challenger is the winner of a double round-robin Candidates Tournament with eight players, which was played in Berlin, Germany, on March 10–28, 2018. He also won some very strong tournaments this year and many pundits think he has a real chance to win the match.

He was struggling but went undefeated and managed to keep his number 1 rating.2018 world championship match will be played between the world’s top two players. That hasn’t happened since 1990.

On the new rating list, reigning world champion Magnus Carlsen is world number-one with 2835, three points more than Fabiano Caruana. The last time the world number one and two played for the world title was in 1990, with the fifth and last match between Garry Kasparov and Anatoly Karpov.

Carlsen faced Sergey Karjakin in the 2016 World Chess Championship in New York City. The 12-game standard match, held between 11 and 28 November, concluded with a 6–6 draw. The match began with seven consecutive draws. Karjakin won game 8 after Carlsen overpressed, but Carlsen equalized the match in game 10. Games 11 and 12 were both drawn. The tiebreaking games were held on 30 November, Carlsen’s 26th birthday. After drawing games 1 and 2, Carlsen won games 3 and 4 to record a 3–1 victory and retain his World Champion title.

Prior to the match, Caruana and Carlsen have played 33 games against each other at classical time controls, out of which Carlsen has won ten, Caruana won five, with 18 draws. The most recent game, during the 2018 Sinquefield Cup tournament, resulted in a draw.

The match will be also a clash of different technical approaches. Carlsen said about his opponent in a recent interview:

“His playing style is very concrete. He calculates very, very well and deep. He is well prepared. And he loves the center. Caruana often sacrifices pawns, gives his opponents passed pawns, accepts attacks towards his king in order to achieve control of the center. So in terms of chess understanding, this is what I would assess that we are the most different on, he values the center a lot.”

While this will already be Magnus Carlsen’s fourth World Championship match, it’s the first for Fabiano Caruana, and Magnus hopes that his experience will prove vital:

“I hope Caruana is feeling the pressure! That way I’ll have an advantage at the start of the match. You can prepare yourself mentally as much as you like, but when you get there and sit at the board there is something extra, an additional pressure. If I can get in a few blows at the start, not necessarily in terms of winning games, but putting Caruana under pressure, then the pressure on him will be even worse”.

Magnus describes Fabiano Caruana as, “on paper the absolute worst World Championship opponent”, meaning the one most likely to pose him problems.

“I’ve long felt that Caruana has the strength to be almost at my level, but he hasn’t been stable enough. This year he’s been very stable, and it’s meant that he’s approached my rating and qualified for a battle that’s going to be very tough”.

The Norwegian, 27 is confident because of his results against the American despite Caruana’s recent successes. He gave a clue to his match strategy:

“I have won several games against him earlier with active defense where he put pressure on me and I managed to get counterplay and win. So you can’t rule out that I will try that quite a bit.”

The match will be held under the auspices of FIDE, the world chess federation, with the organization rights belonging to Agon, its commercial partner.

The World Chess Federation has also showcased an ‘alternative logo’, which depicts two figures with overlapping legs holding a chessboard. The image has received controversy for appearing provocative and even ‘sexy’.

According to World Chess, this logo is…

“controversial and trendy, just like the host city”, which is London. When Ilya Merenzon, the head of World Chess, was asked to speak on the topic, he said that “it’s about two people fighting”, but later added that “it would be nice to bring a little bit of sexual appeal into chess”.

After the World Chess Championship Match 2016 FIDE was reported to announce an Asian venue for the match during the presidential council in spring 2017.

Japan, Singapore, South Korea, and London were announced to be the host candidates. In November 2017, London was revealed as the host.

Chairman of the appeal committee will be Alexander Beliavsky from Slovenia, other members will be Nigel Short from England and Jóhann Hjartarson from Iceland.

FIDE Supervisor will be Ashot Vardapetyan, IA from Armenia.

The games commence each day at 15:00 local time in London.

The last win for Caruana in classical chess was in 2015.