4 Things to Know Before Trading Queens 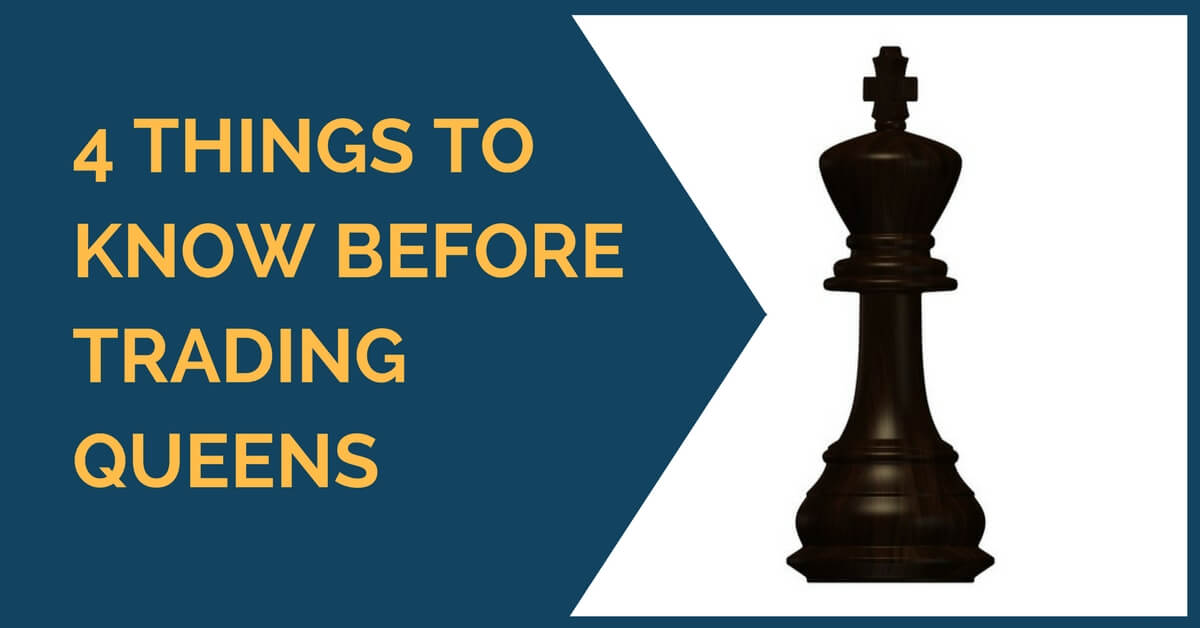 The art of exchanging pieces is one of the most important and effective tools in a chess game. Knowing what piece of yours and which one of your opponents should be taken off the board is something that one learns through experience and deep study of classical games. However, for beginners and club-level players, this may be a difficult task.

At this level, most exchanges are often done by routine or purely based on a simple calculation. A fair exchange is no robbery they say, but chess is much more complicated than that and every trade tends to change the character of the position, especially the trade of queens.

With this in mind, we have elaborated a short guide of elements you should consider before accepting your opponent’s pacific queen trade offer.

If you have pawn weaknesses or weak squares then it is very likely the exchange of queens will make it easier for your opponent to attack and exploit such weaknesses. In such a scenario, it is better to keep queens on the board in order to generate active counterplay.

2. Evaluate the position of your opponent’s king

In case your opponent’s king is weaker, exposed, and potentially attackable, then always keep the queens. Even if you have a minimum material advantage, let’s say a pawn, our advice is that with queens on the board this advantage can be turned into a bigger one.

3. The potential activity of the remaining pieces in the endgame

This one defines itself. Take into consideration if your opponent’s pieces will be more active after the trade of queens, for example, is his king closer to the center? Will he be able to seize the initiative by advancing the pawns that protect his king? Will my opponent’s rooks play a major role?

If your opponent has a pawn majority on the flank where his king is, then again with queens on the board it would be difficult for him to advance such pawns. Consider the possible endgame before trading queens.

Naturally, you should also consider trading queens by simply applying the logic of the three points stated above. For example: If your own king is weak, try to trade the queens.

In general, these points are simple evaluations for masters whose intuition has already been developed to a stronger level. However, the advantages and disadvantages of the queens trade are often imperceptible among the lower-rated players.

It is time now to see some examples of when to exchange queens. 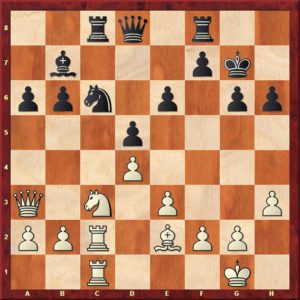 White has some obvious pressure along the C file, plus the queen on a3 is very active. Black rightfully thought trading the queens would be a good way to equalize. However, when it comes to putting the ideas into moves things get tricky; how should black play? See the details here: 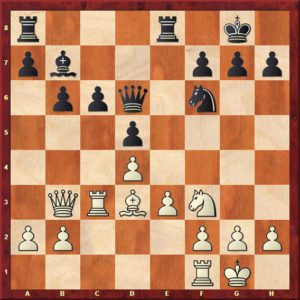 In the diagram above white has a pleasant game. He has pressure against the c6 pawn and he can increase it with moves like Rfc1 or a4. However, Portisch found a better way to play. It is quite instructive how simple he went on to increase his advantage, can you spot the move? See the details here: 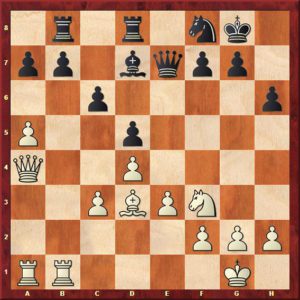 Perhaps this is one of our favorite examples. Just as in diagram 2 white enjoys a nice advantage on the queenside based on the constant pressure against the b7 pawn. Geller demonstrates how to increase his advantage by removing the queens from the board leaving black in a passive position. See the details here:

In the examples above we can see how static advantages can be exploited with ease after taking off our opponent’s most active piece. The idea is clear – when you have a positional advantage, in most cases it can only be disrupted by dynamic means, counterattacks created mostly by the queen, therefore the trade is beneficial.

These are thought provoking examples to illustrate when to exchange queens. You have put a lot of work into identifying the games.Thank you very much for letting me see them.