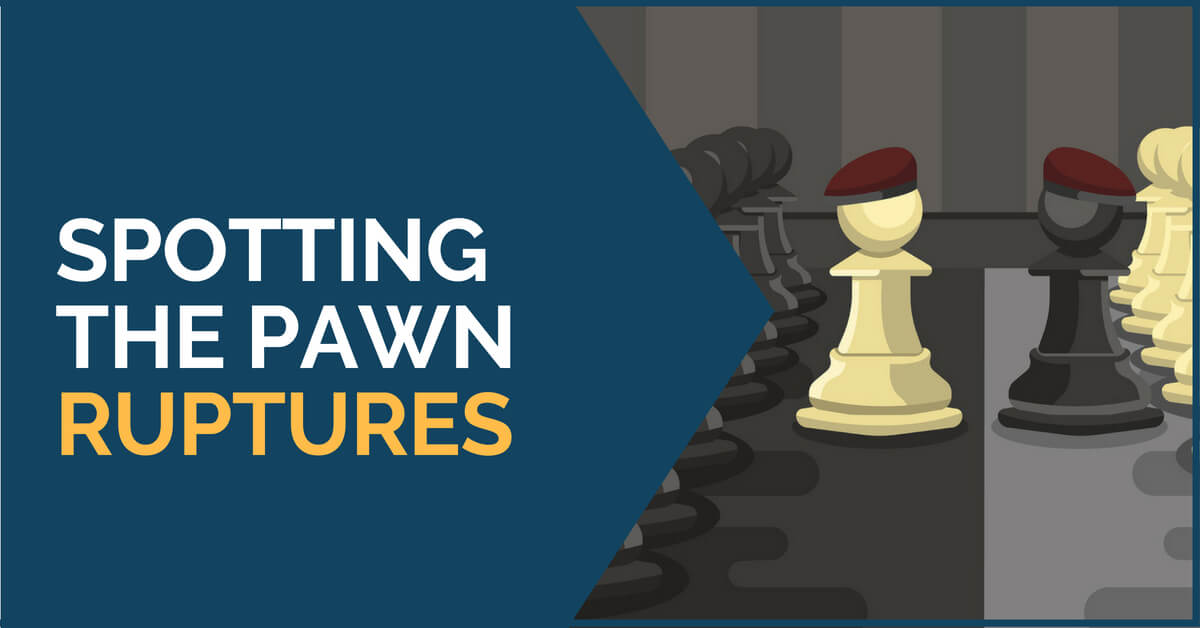 Pawn moves are of extreme importance in chess; from the opening stage to the endgame, pawn moves can change the character of the position and that’s often the case. In this article, we are going to talk about ruptures. The pawn ruptures usually allow us to clear squares for our pieces, drive our opponent’s pieces back, or simply take over the initiative by creating tension and chaos.

These pawn moves are not at all easy to see, and sometimes even more difficult to play, but as with every theme in chess, there are patterns that we can learn, remember and execute when the opportunity arises. Ruptures are similar to the commonly denominated “hooks”.

In every situation a pawn can challenge an adjacent opponent pawn, which gives you the possibility of opening a file, activating a piece or creating a strong square that you can benefit from. To sum it up, you must always consider challenging the opponent’s pawn and then look if it is sensible to play it immediately or it requires previous preparation.

Without further introduction let me present you a few examples of central ruptures that I hope will serve you to understand better this theme.

There are some from my own practice but first, learn from the Grandmasters! 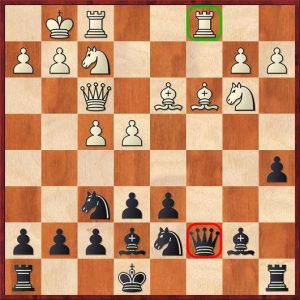 This is a typical position arising from the Sicilian. White has just played Rc1 and is trying to expose the black queen on the C file. Naturally, black must move the queen away from the threat but the question is, where? He has two possible squares, b6 or d8. Note how black must keep an eye on the a5 pawn as well. I chose this position because it is highly instructive on our subject. Black could simply play Qd8, but Svidler chose 16…Qb6! pinning the white knight on f2. This is a more active square for the queen, after all.

The drawback of this move is that white can win a tempo by playing 17.Bd4 and forcing black to play Qd8 anyway, but it is precisely this “inconvenience” what motivated Svidler’s choice. With a piece on the square d4 the central rupture e6-e5 comes as black’s main idea for counterplay. Very impressive. Shirov didn’t play Bd4 right away, but had to do it later and Svidler successfully executed his idea.

You can check the game here: 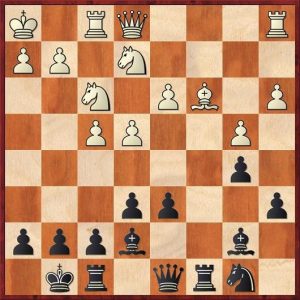 Here black has a nice position with two main static advantages: the intact pawn structure with zero weaknesses and, most importantly, the bishop pair. The latter is the most influent in the position, therefore black must find a way to put this advantage to work, meaning to open the position. There is not only one way to play, black is fine with almost any legal move, but a sensible plan is to attack white’s center.

This can be done by f5 or d5 only. The first one needs preparation, as e6 would become weak and the latter has the inconvenience that white can play e4-e5 and keep the position closed. Navara thought deeper and found an extremely instructive idea, to play d6-d5 and after white plays e5 continue with d4! sacrificing a pawn to open up the diagonal of the b7 bishop. The resulting position returns great compensation for the material deficit.

In my game against former World Cup winner Ruslan Ponomariov (European rapid championship 2017) I could have executed the same idea had I thought a bit longer. This was the position: 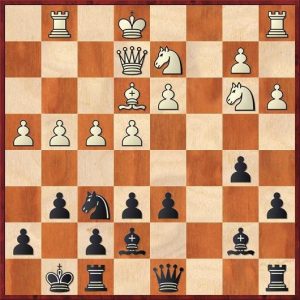 White has just continued his attack with the move h4. With a massive pawn storm coming against my king the first concept that came to my mind was: “Flank attacks must be countered with central reactions”, so I went for 16…e5!? 17.f5 d5 with interesting play.

However, as mentioned before, black had the stronger option of 16…d5! 17.e5 d4! which would have opened the position to my favor.

Thank you for this excellent story!
I’m played the Sicilian with e6 and a6 (in most of the cases without d6)
And I would like see more games with this opening.
I’m also loved that we need guess the move befor we see the game.
You maybe know about more stories with this opening?

Hello Itay, we will definitely cover Sicilian in greater depth. Meanwhile please refer to our opening library we have a few more articles on Sicilian: