5 Things to Avoid in Your Games 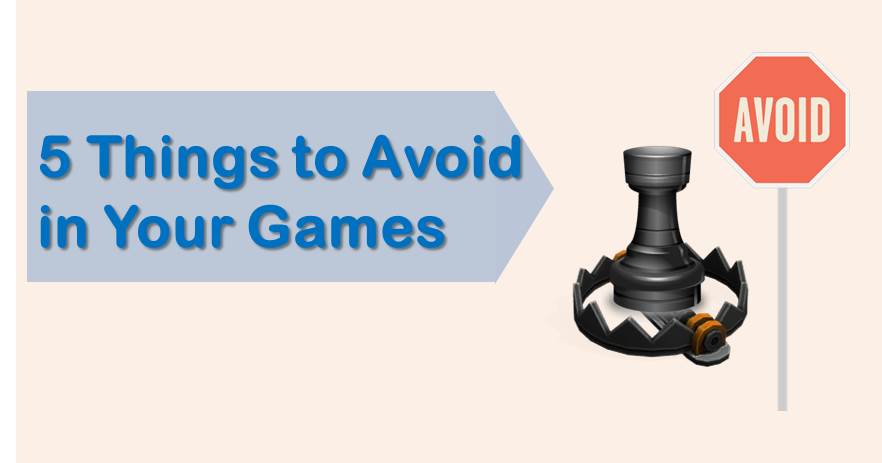 Chess is a very complex game. It is based on certain rules, or principles if you wish, that can significantly simplify your job as a chess player. Today we will cover five things that you should avoid in your games to stay out of trouble. Each of these things was time tested and if applied correctly will save your many games and rating points. Here there are.

1. Avoid advancing pawns next to your king

Generally speaking, advancing pawns that protect your king makes the monarch much more vulnerable for an attack. Weaknesses in the king pawn’s structure are easy to create, but much harder to patch. During the game, you will have a temptation to push a pawn, kicking one of your opponent’s pieces. Carefully evaluate the position and think if that is absolutely necessary. If not, avoid random pawn pushes.

In the position below white just played 1.g4. The logic behind that move is simple, white wanted to chase away black’s light squared bishop. The problem with that move is that it significantly weakness white’s king side.

Due to the absence of white’s own light squared bishop, the e4, f3, g2 and h1 squares are weak. 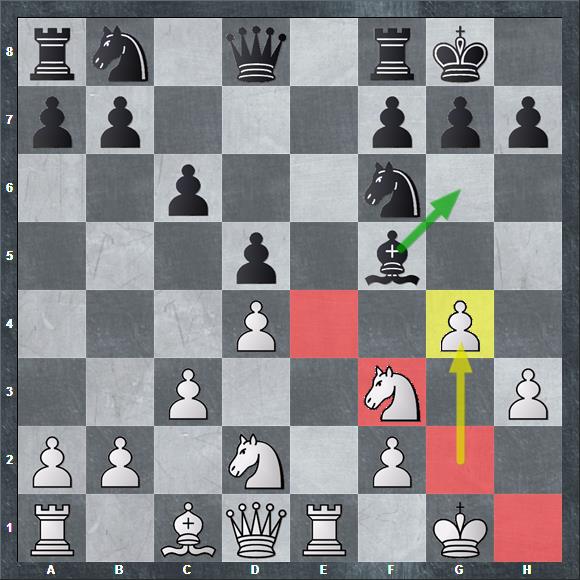 If you want to improve your positional chess and start converting more middle games into wins, you should give a try to our training course which covers most important middle game positions in a step-by-step easy to follow and understand way.

Overloaded piece is defined as a piece that is assigned to more than one task at the same time. That term is typically applied to a defender that protects more than one piece at a time. Having an overloaded piece can easily lead to tactics from your opponent’s side and material loss or some other disadvantage.

The position below is a classical example of exploiting an overloaded piece. The rook on a8 is assigned two very important tasks: protecting the back rank and guarding the queen.

White exploits the overloaded piece concepts by playing 1.Rd8+ sacrificing the rook and winning the queen next move. 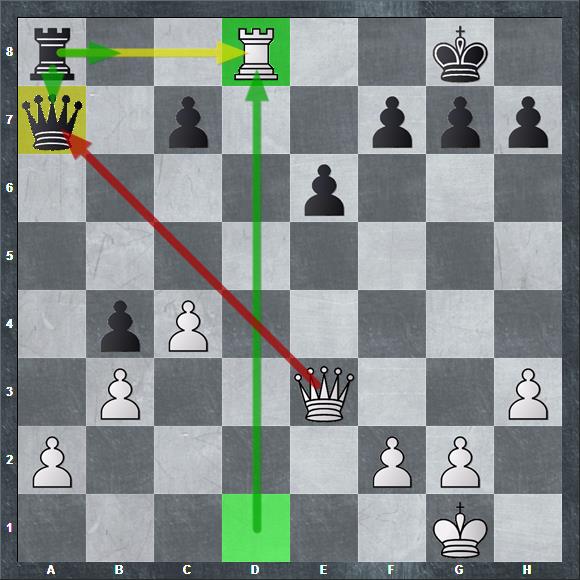 “Check” is one of the most forcing moves in the game. If your king is in check, your first priority will be to postpone your plans and get the king to safety. Often, unexpected checks lead to other tactical motifs such as forks and double attacks. That makes checks especially dangerous. To stay out of trouble, it is a good practice to keep your king safe preventing random checks.

In the example below black did not follow our advice a lost a material due to a simple checking fork. 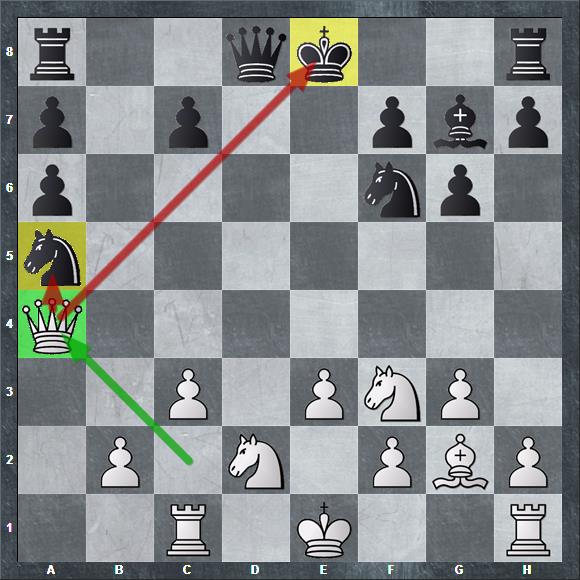 A well calculated sacrifice can win a game. A badly calculated sacrifice will most likely lose. Unfortunately, second type of sacrifices is the most common in games of amateur players. Unless you are Magnus Carlsen with extremely well-developed intuition you should always calculate all of the sacrifices thoroughly. Ideally, you should do it not just once, but at least twice. Better be safe than sorry.

Let’s take a look at the example below. White just played 1.Nxh7 thinking that he has an attack and an upper hand. However, he missed a well calculated sacrifice by black that tuned the table around. Black responded with 1…Bxh2+ and after 2.Kxh2 Qh4+ 3.Kg1 Ng4 wins the game. 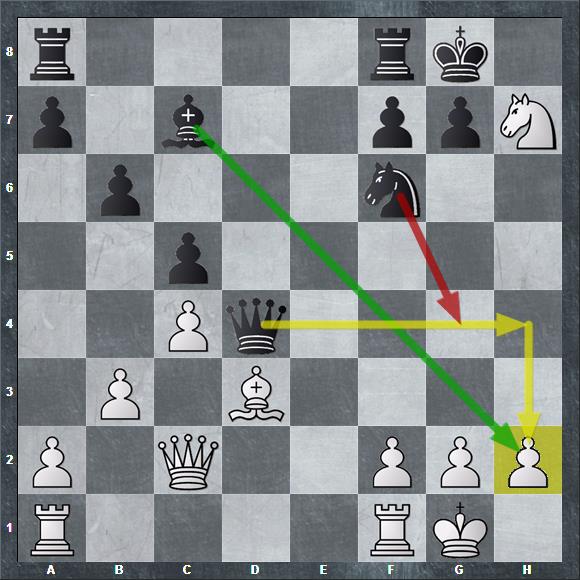 A lot of players nowadays play so-called modern chess openings fianchettoing one or both bishops. Fianchetto provides a valuable resource positioning the bishop actively and controlling the diagonal. However, we also should keep in mind that fianchetto pawn structure is weak without the bishop guarding the squares around it. That’s why it is best to avoid exchanging that bishop.

In the position below black made a mistake and allowed white to exchange the important g7-bishop. Notice that black’s bishop cannot avoid the exchange because it is pinned to the more valuable piece – the f8 rook. 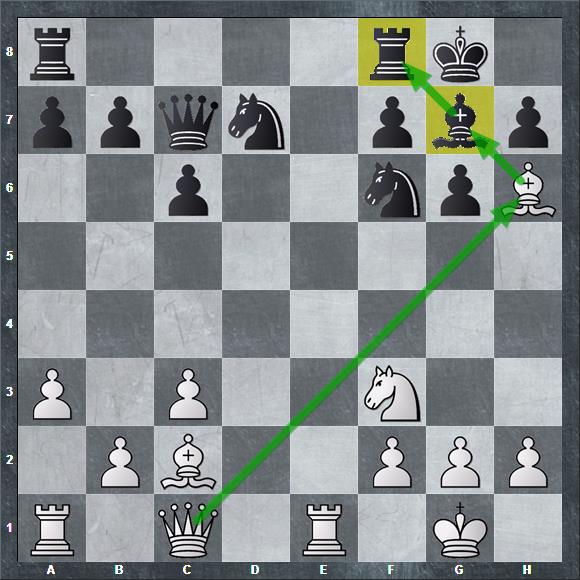 If you want to learn more about positional chess I suggest you to sign up for our intensive training course, where we focus on all elements of chess and systematize improvement process provides real over-the-board results. Don’t wait until tomorrow. Start your training today.

Yes, you can, good point. That was just an example to demonstrate overload.